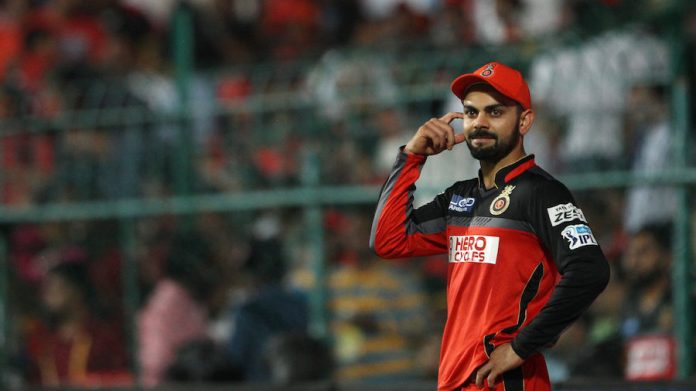 CRICKET pundits on Wednesday (1) called for fresh ideas to prevent key games being abandoned without a result after Virat Kohli’s team crashed out of the Indian Premier League (IPL) following a rain-hit match.

Kohli-led Royal Challengers Bangalore were locked in a must-win game against Rajasthan Royals but the match was abandoned late Tuesday due to heavy downpours.

After the start had been delayed by more than three hours due to rains that left one end of the pitch sodden, organisers reduced the match to the minimum five-overs-a-side.

But further showers meant Rajasthan could not complete even that.

Indian leg-spinner Shreyas Gopal took a hat-trick to restrict Bangalore to 62 for seven in five overs and Rajasthan were 41-1 off 3.2 overs when rain stopped play.

Former South African captain Shaun Pollock suggested the match could have started earlier if more “adaptable” rules had allowed bowlers to all use the same, drier end of the pitch.

“When they looked at the pitch and saw there was a water problem could they not have reduced it to a five-over game (earlier) and played from one side?” he told the online Cricbuzz chat show.

“If you know rain is coming on the PGA (golf) tour they don’t tee off at one o’clock, they bring it forward then they make it two-tee start and begin at nine o’clock.”

“We need to be a little more adaptable. At the end of the day both those teams needed those two points. Somehow a common sense rule should be implemented at times.”

Bangalore, who have never won the IPL, have nine points from 13 games and are out of the race for the play-offs with one match to go.

Delhi Capitals and Chennai Super Kings have already made the play-offs while the remaining five teams are still fighting to grab the last two slots.

“Covers need to get better. We still can’t be living in an era of uncovered pitches. And there are people who are providing you better covers, you just don’t want to spend on it.”

Before the start of the match Kohli, the world’s number one Test and ODI batsman, had rued losing 10 out of 13 tosses in the current IPL season.

“I was trying to practise the coin toss, nothing seems to be working,” Kohli joked.

The world’s most popular T20 tournament ends with the final in Hyderabad on May 12.