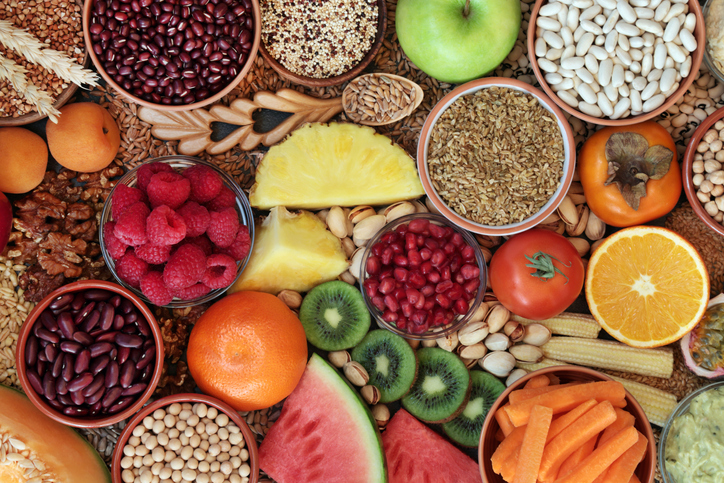 A top dietician has warned that calorie counting does not help with weight loss and is in fact ‘complete nonsense.’

Calorie counting refers to keeping account of the number of calories you eat. It is a method to maintain your weight.

Professor Tim Spector, a nutrition expert reportedly claims that though some people may initially lose weight by reducing their calorie intake, nearly all these people (95%) ‘bounce back’ to their original weight, and ‘many go above.’

He argues that the approach which is backed by the NHS as one way to lose weight is a ‘giant camouflage’ that distracts one from the quality of food they eat – it makes people pay more attention to the calories they are consuming rather than what they are eating.

Instead, the expert suggests that people should ensure they fill up their plates with good quality whole foods such as vegetables, nuts, and fruits.

The professor is of the opinion that if you are a dieter, you should ‘stop obsessing about calories and start thinking about food much more as quality and what it does to your body.’

So, instead of concentrating on counting the number of calories to lose weight, he urges people to adopt a mainly plant-based diet and eat quality whole foods made from ‘original ingredients.’

He reportedly said that weight watchers should eat foods in their ‘pure form’ and some of these foods include seeds, nuts, fruit, and vegetables.

Why calorie counting is ‘complete nonsense’

‘There has never been any long-term study showing that calorie counting is an effective way to lose weight and maintain weight loss after the first few weeks.

‘So, yes, very strict calorie counting if you deprive yourself for a few weeks — you may lose some weight.

‘But even if you’re successful, your body’s evolutionary mechanisms will make you hungrier and hungrier every week you go by when you’re depriving yourself of energy.

‘Your body will go into shutdown mode; your metabolism slows down so you’re not expanding those calories.’

Besides, according to the expert nutritionist, it is ‘virtually impossible’ to count calories.

This is because of the inaccurate information mentioned on food packets and due to the fluctuating portion sizes in different restaurants – which can reportedly be up to ’30 per cent’ bigger or smaller than what the menu shows.

Professor Spector is quoted as saying, ‘The food industry wants you to focus on the calorie, the fat content, the sugar, so you don’t have to think about the quality of the food.

‘And it’s something that they can control very easily, keep their profits higher, keep adding stuff to the product that is synthetic when we know that a lot of stuff that they’re adding is harmful to our gut microbes.’

He adds, ‘That’s my number one bugbear is to get people to see the light.’

For those trying to lose weight, it recommends following the calorie content of what is eaten in order to keep track of one’s daily consumption.

The health service also advises that those dieting should check food labels and opt for healthier foods. They should also figure out ‘how a particular food fits into [their] daily calorie allowance’.

When people consume more calories than they can burn off through daily activities, the result is weight gain.

Therefore, to lose weight more calories need to be expended than calories taken in.

Studies have shown that the type of food eaten, and gut health also affects how many calories the body burns.

A person’s metabolism also influences the number of calories the body burns each day.

While metabolism is understood as the bodily process that converts food consumed into energy to breathe, move, and think, the metabolic rate is determined by a person’s body size, age, and gender.