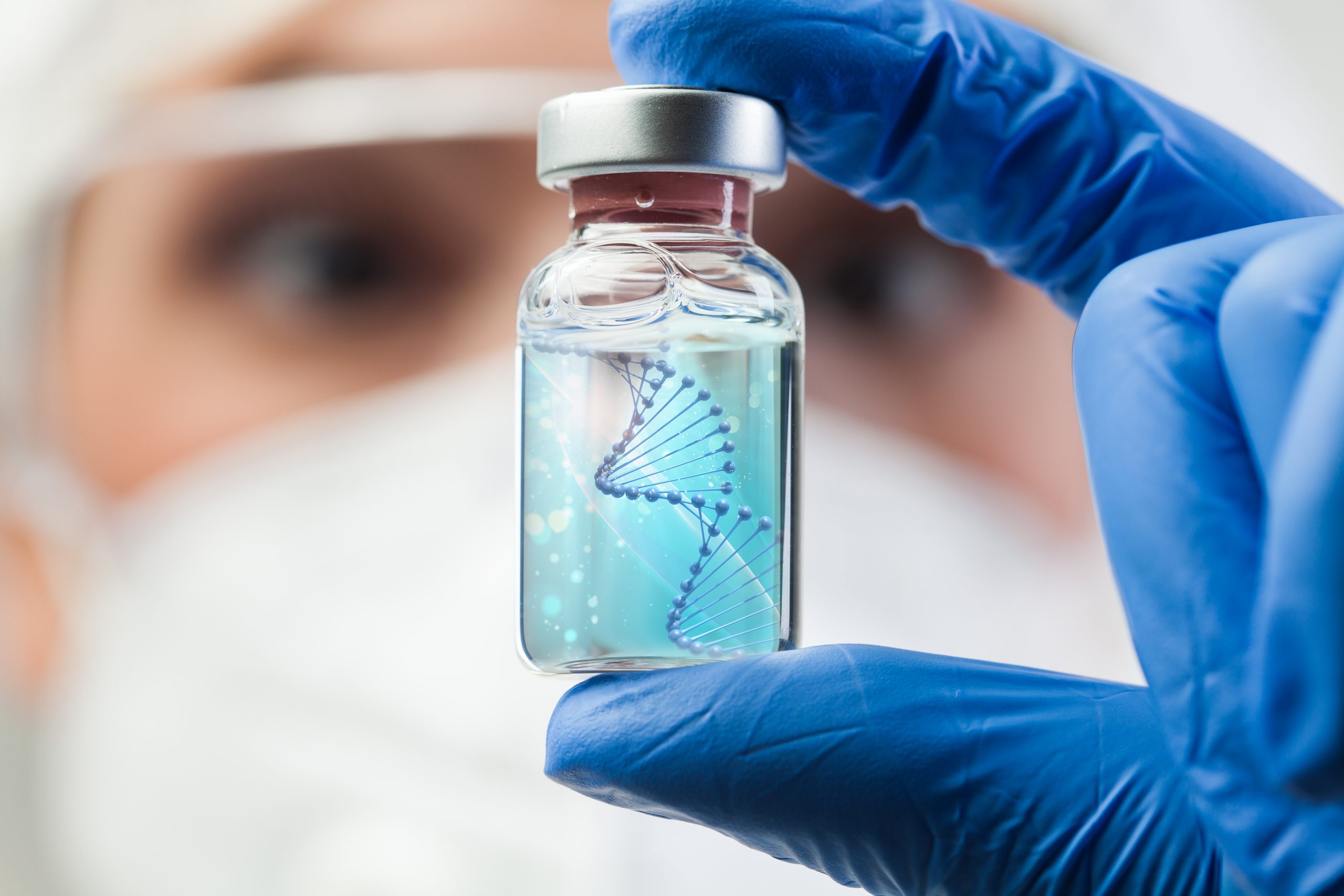 Many gene tests claim to be able to provide an accurate assessment regarding how long a person may have left to live.

These tests work by analyzing a person’s genetic code and searching for certain mutations that put them at risk for illness and disease.

Last week, Dana White, president of the UFC mixed martial arts league, made headlines when he said he had been given a life expectancy of just ten years by a genetic test.

These genetic tests supposedly work by measuring telomeres, structures on the tips of chromosomes that shorten as people age.

The tests also measure fat and cholesterol levels in the person’s blood to reach a conclusion.

The tests are conducted solely using blood work and a swab of the inside of a person’s cheek.

Studies reportedly suggest that those with shorter telomeres in their white blood cells are more likely to develop illnesses like cancer, heart disease, and Alzheimer’s.

However, scientists today have reportedly warned people against paying for these controversial tests that claim to predict exactly how many years you have left to live, like in the case of 53-year-old Dana White – who said that his test revealed he had exactly 10.4 years left to live.

However, the results of his test set him on a life-changing diet and exercise program, the Daily Mail informs.

White who has a net worth of $500 million is now supposedly one of a growing number of wealthy Americans paying for genetic tests that can cost hundreds of dollars. White reportedly paid $600 for his controversial DNA test.

However, experts have cast doubts on how effective these tests are at predicting future death.

Dr Arthur Caplan, a bioethicist at NYU Langone Health is reported to have said that providing a time as specific as 10.4 years is irresponsible as no one can tell the future that accurately.

Dr Caplan claims that while these types of results may scratch a morbid itch some have, they are not reliable unless someone is elderly or has a severe chronic condition.

Agreeing with Dr Caplan, Dr Hank Greely, genetics and neuroethics expert, at Stanford University, compared the tests to palm reading and said they ‘almost certainly’ do not work.

The Florida-based company 10x Health System that performed the test for Dana White now prominently features Dana on the top of its website home page, alongside text that reads ‘Get The Same Gene Test Dana White Took.’

The company brands its gene tests as ‘revolutionary’, adding it ‘allows you to discover exactly how to optimize your body so you can build customized solutions based on your DNA’.

However, both Dr Caplan and Dr Greely have their doubts regarding the predictions as specific as the one received by White.

‘At least, not very well. The DNA tests may work in some rare circumstances, say when someone has a powerful genetic risk for a deadly disease, like Huntington disease, which usually strikes at a certain age. But those conditions are rare.’

According to the doctor, these tests may be able to give probability as to how likely a person is to reach a certain milestone – like making it to 70 years old – but not much past that.

These kinds of tests should still be mainly reserved for the elderly, he said.

He adds, ‘In short, unless shown very convincing evidence otherwise, I strongly suspect the DNA test is worthless.’

He casts doubts on the company, 10x Health System in particular.

After reviewing the company’s website, he reportedly said, ‘I see NO reason to believe this. [On the other hand], as long as people don’t take it seriously, it’s no more unethical than a lot of dumb things we let people do.

‘But that’s a big caveat – “as long as people don’t take it seriously.”’

Dr Caplan too is of the opinion that any test that does try to predict how long a person has left to live should deliver answers in probability, rather than certainty.

He notes that insurance companies already do a form of this with the periodic testing they perform on enrollees.

Dr Caplan fails to see how these tests can give specific life ranges for a healthy, young, person that is not suffering from chronic disease.

He also reportedly said, that these companies offering to conduct such tests must also be willing to offer help to those people after they receive their results – which White apparently received from 10x Health System.

The help should be in terms of lifestyle changes to extend the length of life, or by providing mental health support for what may turn out to be a disturbing revelation for some.

In the case of Dana White, the test found that he had significantly high triglyceride levels putting him at high risk of suffering from a heart attack, stroke, or pancreas issue later in life.

These are a type of fat found in the blood that usually accumulates when the body consumes lots of calories and doesn’t use them.

White shared his story on The Action Junkeez Podcast which was broadcast on September 20.

He is reported to have said that he is ‘f***ing obsessed’ with finding out the exact month he is on pace to die in.

After his results came back, White entered a rigorous weight-loss and diet program to help extend his life and in the bargain lost 30 pounds as a result.

In conclusion, experts believe that though genetic testing can accurately give someone a risk assessment for their future chance of developing a disease, it cannot give a 100% concrete answer.