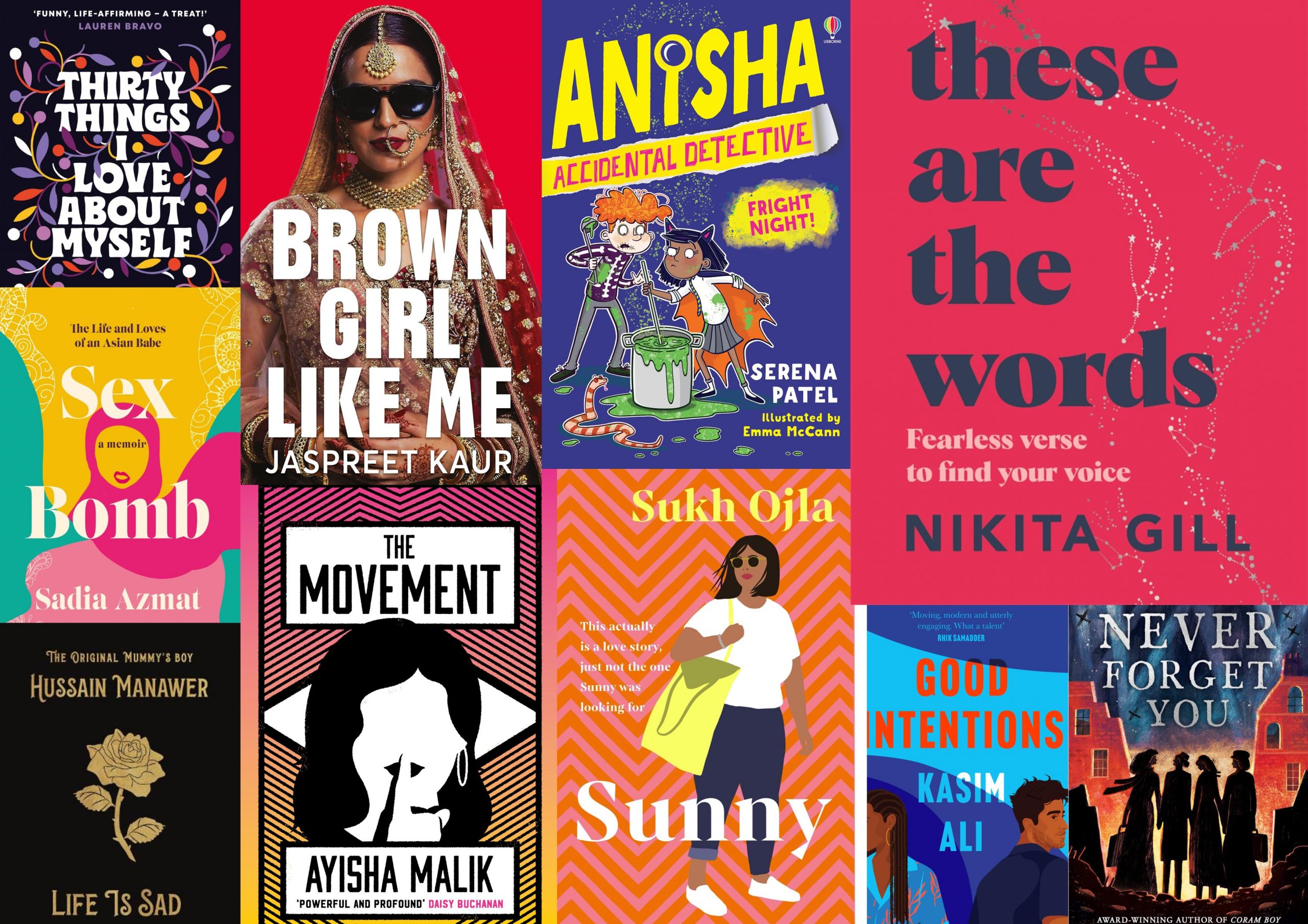 A WONDERFUL variety of books turned 2022 into another strong year powered by British Asian writers, with everything from gripping novels to perfectly crafted poetry collections.

There were also great new literary voices who had their first books published this year, and stories for children featuring south Asian protagonists.

Eastern Eye decided to celebrate the accomplished writing by listing the 10 best books by British authors of 2022, in no particular order, and one that stood out as the best. 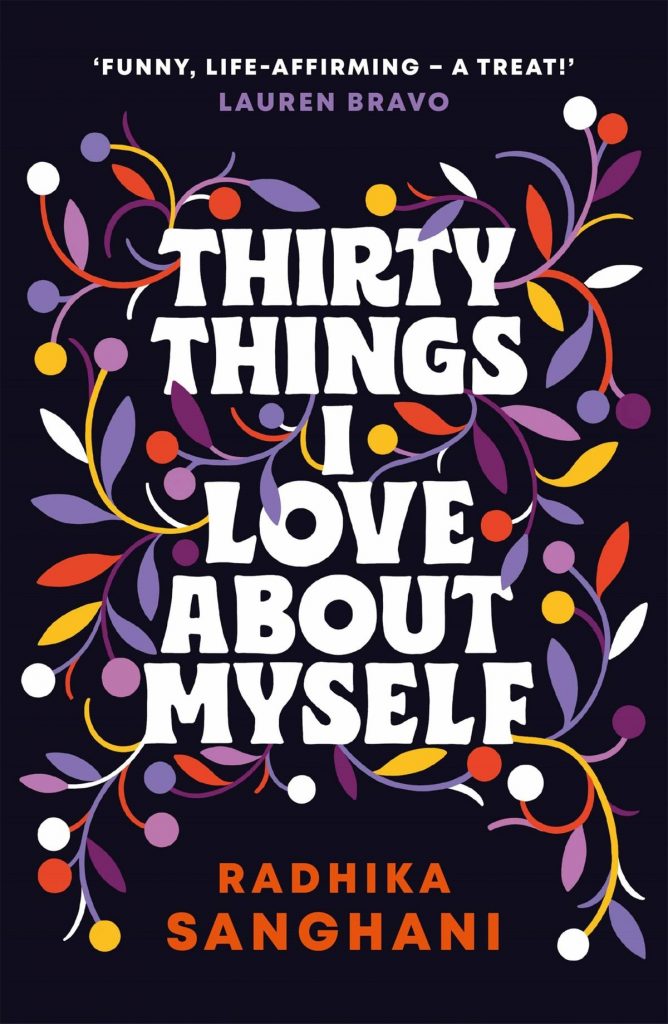 Thirty Things I Love About Myself by Radhika Sanghani: The accomplished author offered up another confident novel with a strong female protagonist. This is a story of a heartbroken woman who unexpectedly spends her 30th birthday in jail and is inspired by a life-changing book she encounters there. The multi-layered novel combined a story of a relatable, honest and empowering protagonist with humour and thought-provoking wisdom. The entertaining book, painted with a rainbow of genuine emotions, spoke of love, loss and finding hope. It was also a fantastic reminder that self-love is essential.

Good Intentions by Kasim Ali: This thought-provoking debut novel is a compelling story of a British Pakistani and his journey towards telling his conservative parents that he has been in a relationship with a black woman for four years. The young writer’s unique coming-of-age romance tackled racism within the Asian community head-on, while telling a beautifully crafted love story. The book also addressed themes of family, emotional insecurities, mental pressure, and the vulnerability of a young man who wants to make everyone around him
happy. The skilfully written story tackled a central issue that has been papered over for too long and did it wonderfully well. 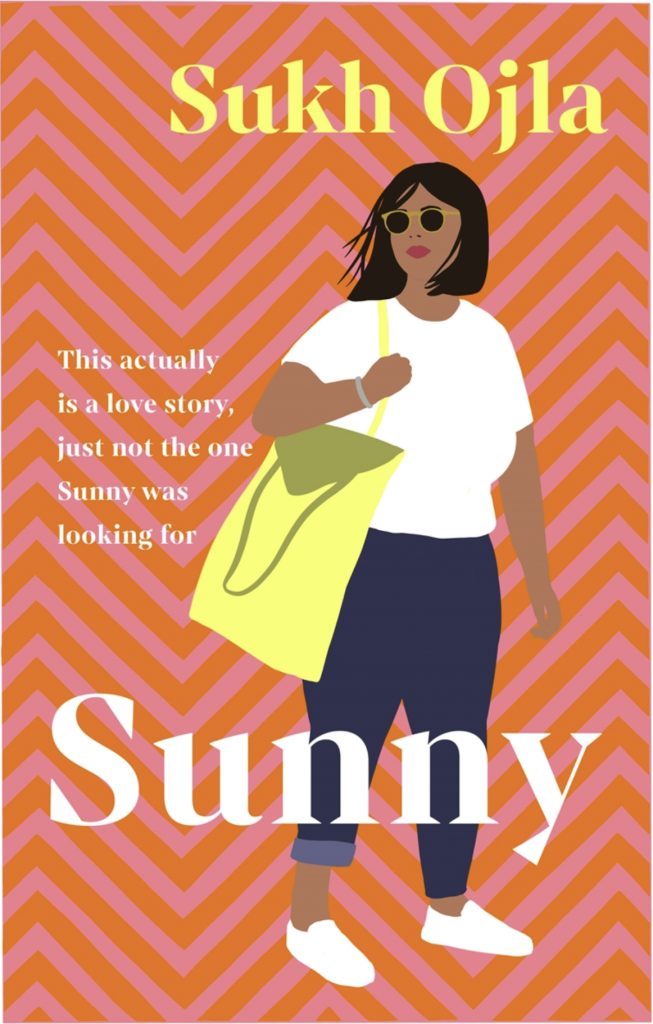 Sunny by Sukh Ojla: Popular stand-up comedian Sukh Ojla delivered a delightful debut novel based on her own life, telling a heart-warming story of an awkward 30-year-old Punjabi woman who moves back in with her parents and unexpectedly starts bonding with her mother during her search for love. Apart from being entertaining, emotional and funny, the very human story has a loveable protagonist you want to reach out and hug through the pages. She is also one of the most real British Asian female characters ever written, making her personal voyage of discovery relatable. 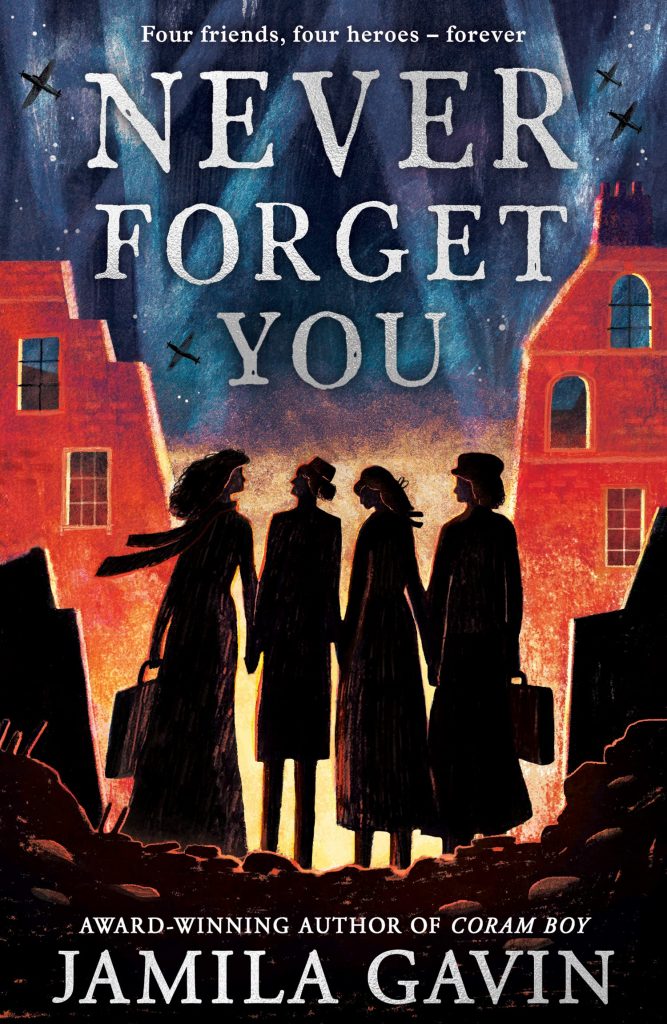 Never Forget You by Jamila Gavin: The award-winning author Jamila Gavin gave readers
yet another unique story featuring youthful protagonists. The young adult novel, set during the Second World War, takes inspiration from real-life people in history, including spy princess Noor Inayat Khan. It imagines a story of friends, and their respective journeys into the belly of a destructive war. The beautiful book revolves around female friendship, bravery and adventure, but also gives a vivid portrayal of history from unique perspectives. The sensitively written and deeply immersive tale includes poems and interesting facts throughout the book, combining fascinating journeys with life lessons.

The Movement by Ayisha Malik: The dynamic book about a disillusioned woman who decides to take a vow of silence and inspires a movement, cleverly shone a light on the divided world we live in. The author injected an intriguing premise with philosophy and psychology to great effect, with a conversation-triggering page-turner that remained with the reader long after it ended. The interesting thought exercise connected with multiple issues plaguing modern society and is perhaps the best work by Malik yet. 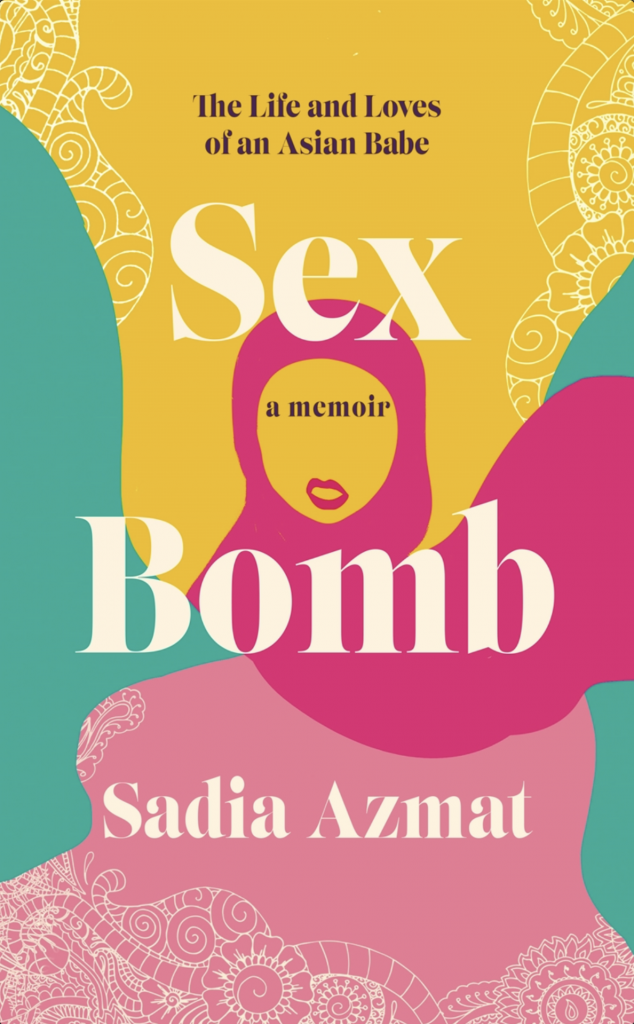 Sex Bomb: The Life and Loves of an Asian Babe by Sadia Azmat: Fearless Muslim stand-up comedian Sadia Azmat has never shied away from tackling taboo subjects on stage, and injects that brand of humour into this interestingly titled book. The entertaining memoir about the love life of an unapologetic Muslim comedian wasn’t afraid to break the rules. She offers a unique perspective of a woman torn between cultures and navigating the tricky terrain of how others perceive a Muslim woman should be in a surprisingly funny book, filled with emotion.

Life Is Sad & Beautiful by Hussain Manawer: After making a name for himself on major platforms, talented British poet Hussain Manawer finally released his debut book, and it was worth the wait. The acclaimed poet combined heartfelt poems from different stages of his life with deeply personal recollections of his late mother, someone who shaped him as an individual. The poetry collection, memoir and self-help book rolled into one gave snap-shots of his life, but also offered up individual pieces of writing that teach important life lessons.
The superbly structured masterpiece is like a friendly companion you can keep referring to whenever you need advice. 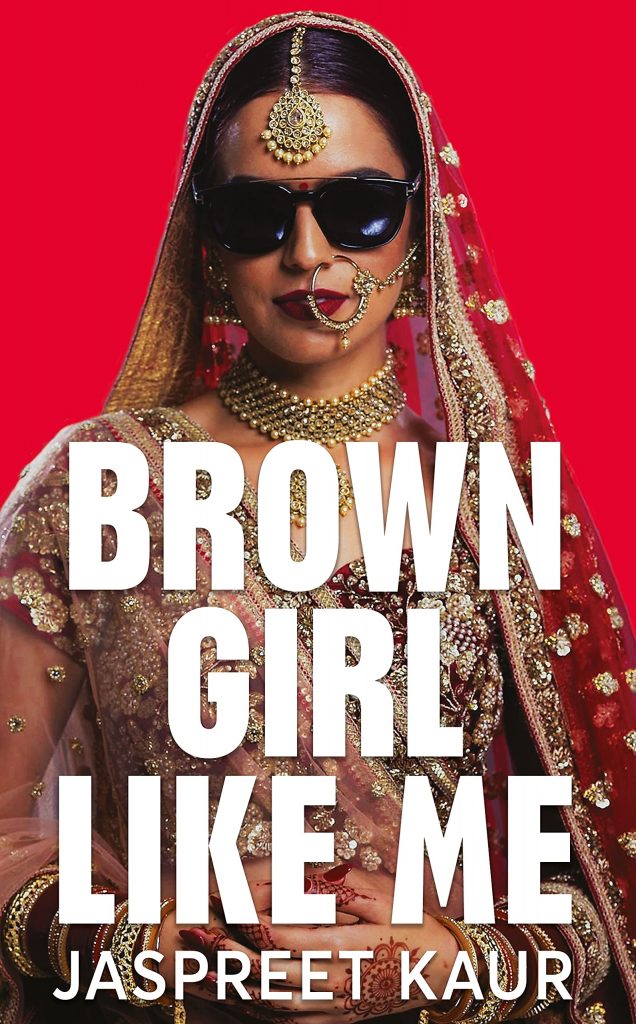 Brown Girl Like Me by Jaspreet Kaur: The talented spoken word artist perhaps delivered the most unique book by a British author in 2022. While not everyone will have understood what she was trying to do, her dynamic debut makes the list of top reads because it tackled topics including mental health, menstruation stigma, education, beauty standards, feminism, cultural appropriation and micro-aggressions head-on. The manifesto-like book, chronicling the struggles of being brown, British and a feminist without rejecting Asian culture, also included interesting interviews and is like an important handbook for women, and bridge of understanding for men.

BOOK OF THE YEAR 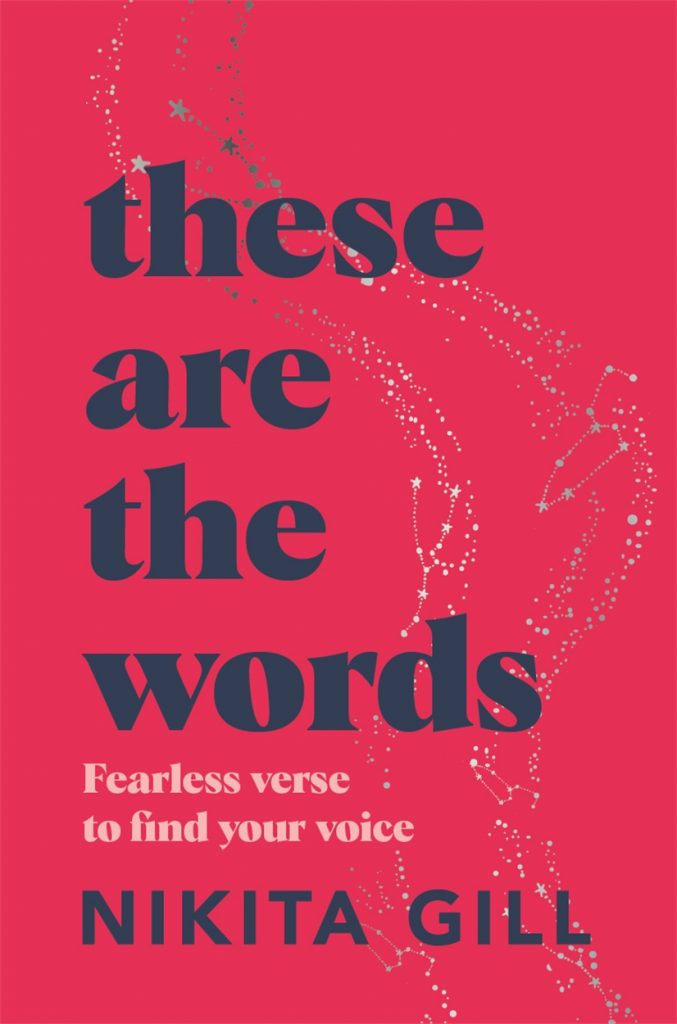 These Are the Words: Fearless verse to find your voice by Nikita Gill: The talented writer added to her impressive body of work with this deeply meaningful masterpiece earlier this year. Eastern Eye’s book of the year is a perfect poetry collection, divided into four seasons, which gives meaning to different experiences young people have had. The stunningly written, stand-alone poems shine a light on lived moments. They come together as a whole to create a story filled with emotions, life lessons, healing, and a message that the reader is not alone. Simple illustrations scattered throughout the book add an extra layer. Although aimed at young women, the poems have cross-generational appeal and enough power to help readers make sense of lived experiences. 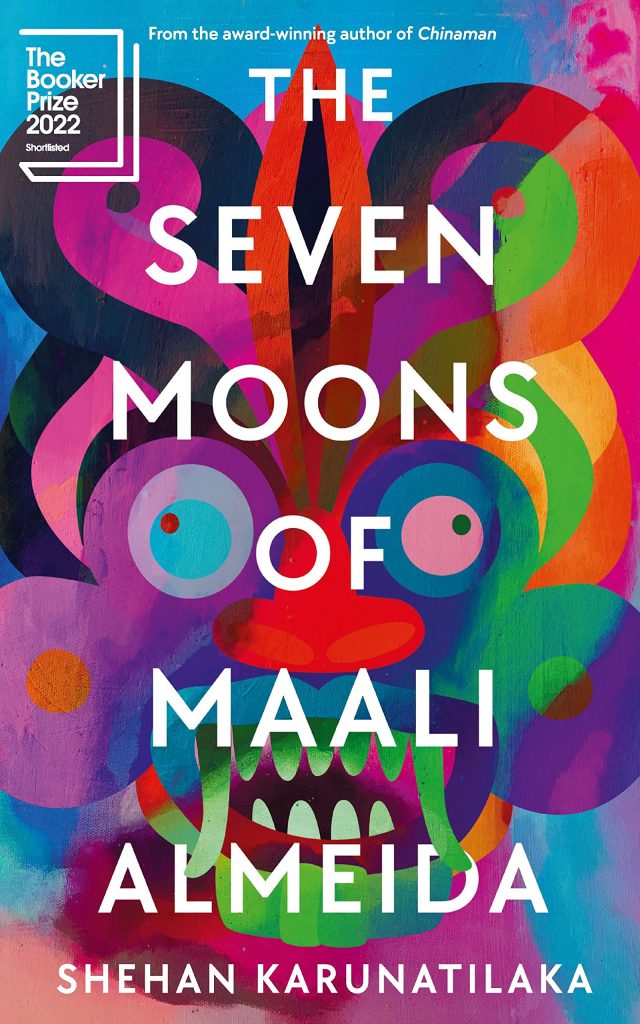 The Seven Moons of Maali Almeida by Shehan Karunatilaka: The Sri Lankan author beat off tough global competition to win this year’s Booker Prize with this stunning novel. The prestigious prize was well-deserved for a cleverly told story set in the 1980s, about a dead photojournalist who is given a week to travel between the afterlife and the real world, and his mission to share photographs that will expose the brutalities of the Sri Lankan civil war. The story –filled with energy and vivid imagery – was described as part ghost story, part whodunnit, and part political satire.