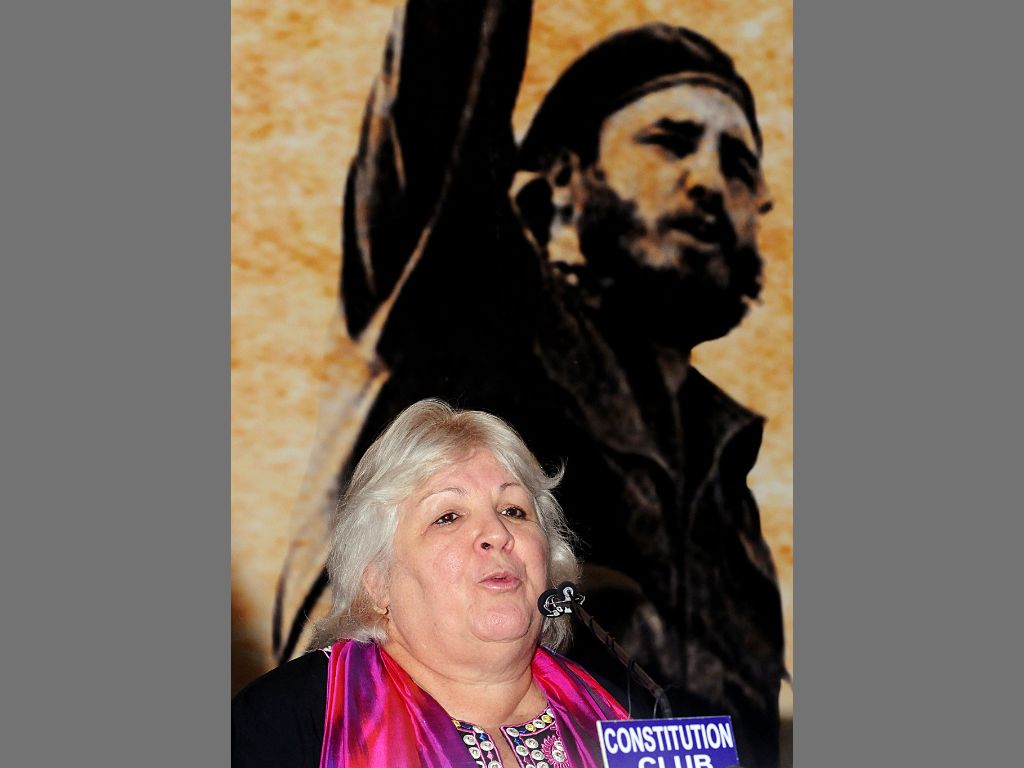 Aleida Guevara, daughter of iconic Cuban revolutionary Ernesto ‘Che’ Guevara arrived in Chennai in the southern Indian state of Tamil Nadu on a two-day visit on Tuesday (17) to attend events organised by the state unit of the Communist Party of India (Marxist) or CPI(M).

She was accorded a warm welcome at the airport by CPI(M) state secretary G Balakrishnan and senior leader G Ramakrishnan, among others.

According to the CPI(M), Aleida, who arrived in Chennai from Thiruvananthapuram in neighbouring Kerala, is likely to attend a party meeting on Tuesday and will participate in a public reception on Wednesday (18).

The public event will be attended by, among others, Kanimozhi, parliamentarian of Tamil Nadu’s ruling Dravida Munnetra Kazhagam and Thol Thirumavalavan, a parliamentarian and founder of the political party named Viduthalai Chiruthaigal Katchi.

Aleida’s daughter Estefania Guevara will also be felicitated at the event.