Child Q: Four Met police officers to be investigated over strip-search in school 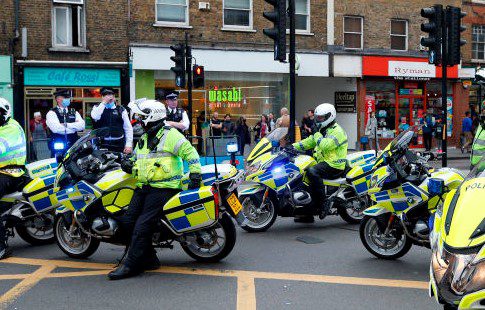 A police watchdog is investigating four Met Police officers over an alleged inappropriate strip-search of a black girl at an east London school more than a year ago.

The Independent Office for Police Conduct (IOPC) said the officers were served with gross misconduct notices.

The watchdog is also considering whether the child’s ethnicity influenced the officers’ decision to strip-search the teenager, identified as Child Q.

The search took place in December 2020, when police were called to a school where staff were concerned that the 15-year-old girl smelled strongly of cannabis and might have been in possession of drugs.

The child’s bag and outer clothing had already been searched by staff at the school before police arrived but no drugs were found.

Two female officers conducted a further search of the girl at the school. However, no drugs were located.

The police action was followed by days of protests in Hackney after it emerged that the search took place without an appropriate adult being present at the time and in the knowledge that she was menstruating. Her parents were not contacted during the incident.

The IOPC said it was examining the complaints that her mother was not given the opportunity to be present during the strip-search.

“Four constables have now been advised that they are being investigated for potential breaches of the police standards of professional behaviour at the level of gross misconduct, which does not necessarily mean that disciplinary proceedings will follow,” an IOPC spokesperson told the Guardian.

“Any conduct matters identified, and their seriousness, are kept under review throughout and can be amended in light of any evidence gathered by the investigation team.”

The Met Police agreed with the City & Hackney Safeguarding Children Partnership (CHSCP), which conducted a local child safeguarding practice review, that the incident “should have never taken place”.

The CHSCP said the strip-search was “unjustified” and that racism “was likely to have been an influencing factor”.