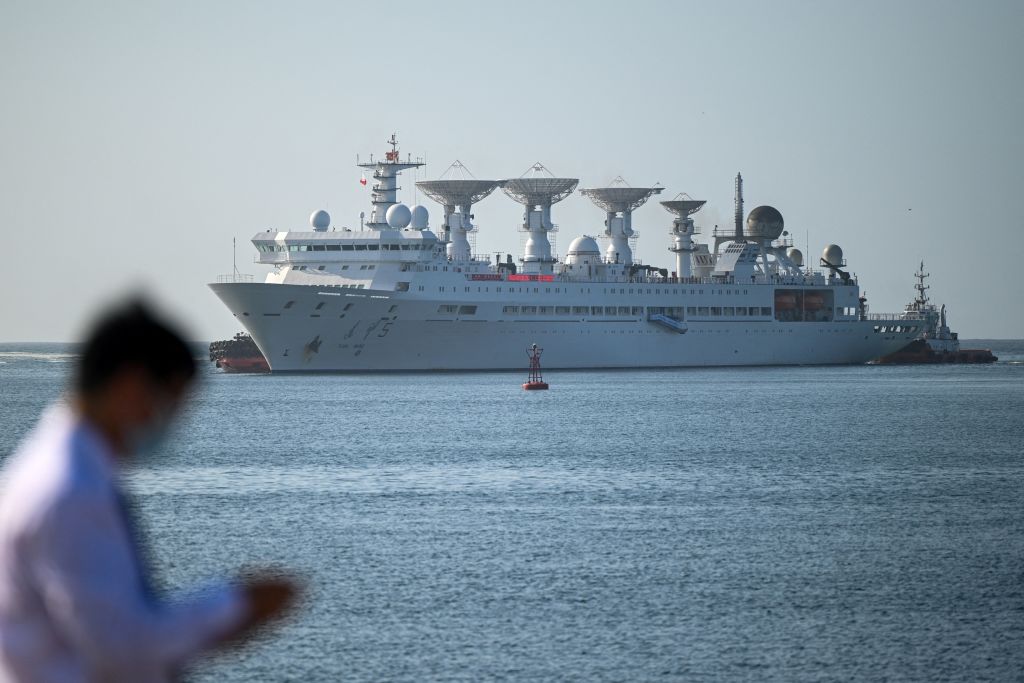 With tension growing over the anchoring of a Chinese research ship in Hambantota port of Sri Lanka on Tuesday (16), Beijing said the activities of the ‘Yuan Wang 5’ vessel will not affect the security of any country and should not be “obstructed” by any “third party”, taking a veiled dig at New Delhi and Washington DC.

Wang Wenbin, spokesperson of the Chinese foreign ministry, said the hi-tech ship was “successfully berthed” at the Lankan port with the host country’s “active cooperation”.

He, however, dodged a question over China extending financial help to Sri Lanka, which is facing a massive economic crisis that has left its social and political life in turmoil. Sri Lanka went bankrupt defaulting on $51 billion in foreign debt which also included loans from the Chinese.

The spokesperson said Chinese envoy to Sri Lanka Qi Zhenhong hosted a welcoming ceremony at the Hambantota port when the ship reached there. Beijing took the port as a debt swap in 2017 on a 99-year lease.

Indirectly referring to India and US concerns over the ship with military applications berthing at the Sri Lankan port in the strategic Indian Ocean Region, Wang said, “I want to stress again that the marine scientific research activities of the ‘Yuan Wang 5’ are consistent with international law and international common practice.”

“They do not affect the security and the economic interests of any country and should not be obstructed by any third party,” he added.

The diplomat also said that the ship’s welcome ceremony was attended by a representative of Sri Lankan president Ranil Wickramasinghe besides “more than 10 heads of parties and heads of friendly communities.”

“It will take some time for the ‘Yuan Wang 5’ research ship to complete the replenishment of necessary supplies,” he said.

The Sri Lankan government, which earlier asked the Chinese government to delay the arrival of the ship after India and the US reportedly expressed concern over its specialised in satellite and ballistic missile tracking, finally granted the port access to the vessel from August 16 to 22.

On Monday (15), Wang declined to reveal details of talks with Colombo leading to the bankrupt island’s government reversing its earlier stand to defer the high-tech vessel’s entry.

“As for the specific questions that you raised, we have mentioned China’s position quite a few times,” Wang said when asked about what were the consultations that were held.

After Sri Lanka asked China to defer the entry of the ship, Beijing on August 8 reacted angrily said it was “completely unjustified” for certain countries to cite the so-called security concerns to pressure Colombo and “grossly interfere” in its internal affairs.

The ship with over 2,000 crew has advanced facilities to track satellites and ballistic missiles, according to the Chinese official media accounts.

Sri Lanka said it permitted the ship after extensive consultations.

Colombo’s permission has also raised speculation that Beijing could make a positive announcement about Sri Lanka’s previous request to defer the loans it owed to China and its plea for bridge financing to tide over the crisis until it received International Monetary Fund support.