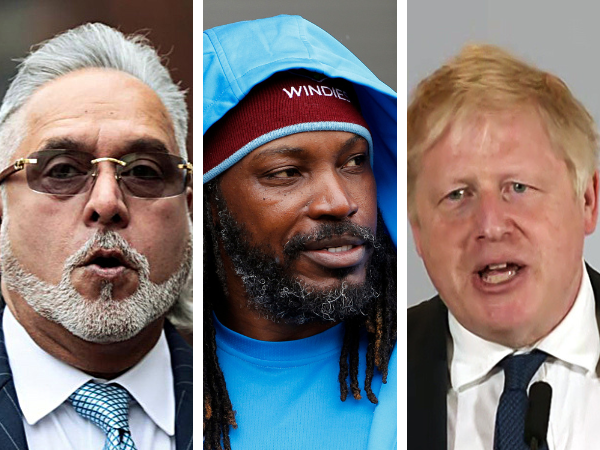 TWITTER went abuzz on Wednesday (22) over a picture shared by controversial Indian tycoon Vijay Mallya showing himself and ace West Indies cricketer Chris Gayle from a party held in the UK.

Mallya, who used to own the Indian Premier League (IPL) franchise Royal Challengers Bangalore for which Gayle played for seven seasons, recalled the old days, tweeting, “Great to catch up with my good friend Christopher Henry Gayle @henrygayle, the Universe Boss. Super friendship since I recruited him for RCB. Best acquisition of a player ever.”

Great to catch up with my good friend Christopher Henry Gayle ⁦@henrygayle⁩ , the Universe Boss. Super friendship since I recruited him for RCB. Best acquisition of a player ever. pic.twitter.com/X5Ny9d6n6t

The tweet by Mallya made the fans of Gayle and RCB nostalgic since the southpaw had played some memorable knocks for the franchise, people were more concerned about the fact that the fugitive businessman was enjoying his time in the UK and the Indian government could not still catch him.

Mallya owes 17 Indian banks an estimated Rs 9,000 crore and is accused of money-laundering. He is currently fighting extradition from the UK.

Boris Johnson was also present at the event?

Gayle also shared a picture on his Instagram account where he is seen with British prime minister Boris Johnson holding a cricket bat and posing as a batter.

Given that Gayle’s attire looked the same in both his pictures with Mallya and Johnson, Twitter also said that it seemed Mallya was in company of influential people and because of his money power, there could be little possibility of the Indian government arresting him.

It feels like Vijay malya is attending the same meet where Uk president is also present. This shows the power of money and the low possibility of he bieng arrested by Indian government.
Seems like a good support to him by Uk officials pic.twitter.com/40k7Nn51Wy

Did you hire him with the same SBI loan money ??