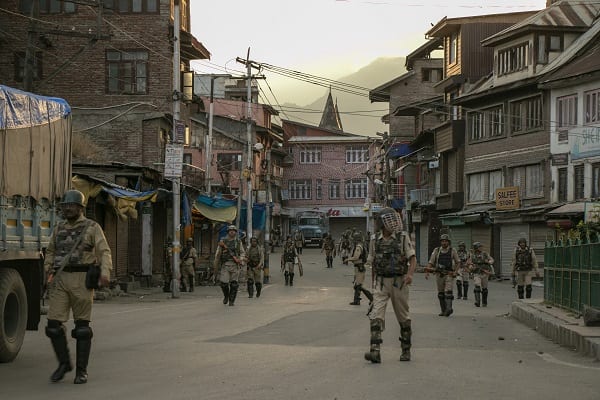 THE efforts of the Jammu and Kashmir administration to reopen colleges in the Valley on Wednesday failed as students did not turn up for their classes.

The Kashmir valley has been witnessing continuous shutdown since August 5 when the Centre revoked the state’s special status under Article 370 and bifurcated it into two Union Territories.

Divisional Commissioner Kashmir Baseer Khan had last week announced that the schools would reopen on October 3 and the colleges on October 9 in the valley.

The staff reported for work at the colleges but the students stayed away, officials said.      Students also have not attended schools despite the administration’s several attempts.
The parents are reluctant to send their children to schools or colleges as they fear for their safety amid the shutdown and communication blackout in most parts of the valley.

In the city, public transport remained off the roads but a massive traffic jam could be seen at the Jehangir Chowk crossing as private vehicles swarmed the commercial hub of Lal Chowk and surrounding areas.

To register their protest against the abrogation of the special status of the state, shopkeepers open their shops early in the morning till around 11.00 am local time and then down the shutters.

The shutdown has come as boon for the roadside vendors, who have been regularly setting up their stalls along the Residency Road and around the Polo View area of the city, witnessing a brisk footfall of customers.

While landline telephony services have been restored across the valley, mobile telephone services in most parts of Kashmir and all internet services continue to remain suspended since August 5.

Most of the top-level and second-rung separatist politicians have been taken into preventive custody while mainstream leaders including two former chief ministers- Omar Abdullah and Mehbooba Mufti have been either detained or placed under house arrest.

Another former chief minister and Lok Sabha MP from Srinagar Farooq Abdullah has been arrested under the controversial Public Safety Act, a law enacted by his father and National Conference founder Sheikh Mohammad Abdullah in 1978 when he was the chief minister.