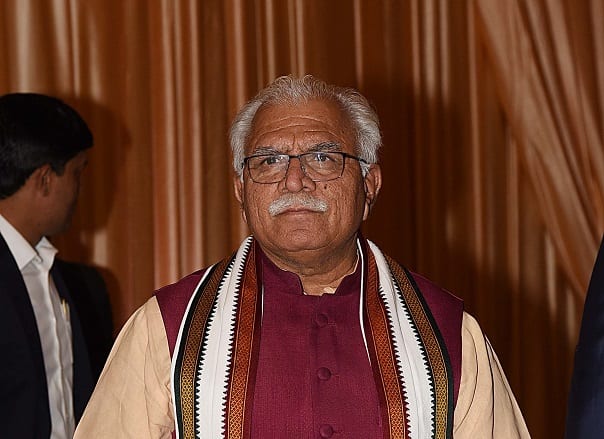 Manohar Lal Khattar, the chief minister of the northern Indian state of Haryana (Photo by SUJIT JAISWAL/AFP via Getty Images)

THE Congress on Monday slammed Haryana Chief Minister Manohar Lal Khattar for his “deplorable” remarks against Sonia Gandhi and demanded an unconditional apology from him.

Mahila Congress chief Sushmita Dev said Khattar’s remarks against the Congress President are a clear reflection of his and the BJP’s disrespectful attitude towards women.

“We in the Congress are committed to upholding the dignity in public life, But as a woman, I take offence to the disgraceful remark made and demand an unconditional apology,” she said in a statement.

She said lowering the discourse is an attempt to divert attention from real issues that are being evaded, like joblessness and acute economic slowdown.

Can anyone deny that Haryana has become the rape capital of India, she alleged, adding that kidnapping and abduction are also on the rise.

The chief minister of Haryana, she said, has no answers to real issues that are adversely impacting the people of Haryana specially women.

The Mahila Congress chief charged that Khattar’s “beti bachao gang” has failed as Haryana has the 4th highest crime rate in the country and there is a shocking shortfall in police manpower.

At 27 per cent, the shortfall is highest among northern states, and almost four times as high as the deficit in Punjab, she alleged.