Congress Has Won Elections In Delhi More Times Than It Has Faced Defeat: Sheila Dikshit 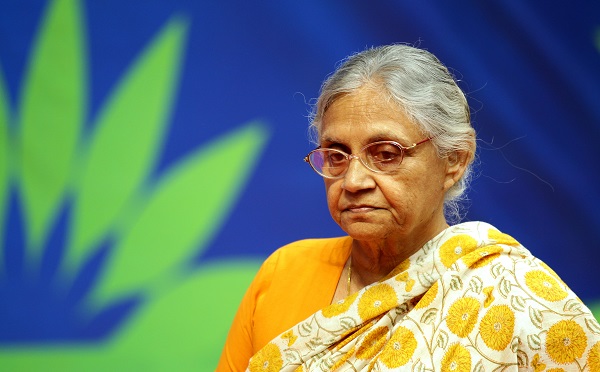 Eight-one-year-old Dikshit, who is involved in a keen contest in the North East Delhi seat against Delhi BJP chief and sitting MP Manoj Tiwari and AAP candidate Dilip Pandey, has been busy campaigning for the polls (Photo: Matt King/Getty Images).

THE Congress has won elections in Delhi more times than it has faced defeat, says former chief minister Sheila Dikshit though she does not want to speculate on the number of seats the party will win in the national capital.

She says she will be satisfied only if the party romps home in all seven Lok Sabha constituencies in Delhi but a “clearer picture” on which party is leading in the city will emerge in the next 8-10 days.

Eighty-one-year-old Dikshit, who is involved in a keen contest in the North East Delhi seat against Delhi BJP chief and sitting MP Manoj Tiwari and AAP candidate Dilip Pandey, has been busy campaigning for the polls.

“I never rest during daytime. I am contesting parliamentary elections after a long time but I am used to election campaigning. The most important thing is to reach out to the people,” she tells in an interview.

Dikshit, who opposed an alliance with the AAP, says, “The Congress is an old party. It has always fought on its own in Delhi and won (elections) more often than it lost. But that is the game of politics. So, I felt we should not ally with a party (AAP) which is confined to one area (Delhi).”

She justifies her stand saying, “We are contesting in all seven seats. If an alliance had happened, we would have got 2-4 seats only.”

Dikshit successfully led the Congress in 1998, 2003 and 2008 Assembly polls, but the party suffered a rout in the 2013 elections under her. The Congress could not even open its account in the 2014 Lok Sabha and the 2015 Assembly elections.

Asked about her rival Tiwari, she says, “I do not even know him.”

She goes on to add, “There are candidates in the fray. There is one candidate from the BJP and one from the AAP. They are rivals, we are contesting against each other.”

Incidentally, a few days ago, Tiwari welcomed Dikshit as a candidate saying her entry has made the contest one of the most interesting election battles in the country.

Dikshit, who took over reins of Delhi Congress in January, says it was party’s decision to field her in the Lok Sabha elections.

“It was not my personal choice at all. I was not seeking it. One day I was asked to contest (by the party) and here I am. There were two choices before me – Chandni Chowk and North East Delhi seats. I chose North East Delhi as I had contested my first election in Delhi from the area in 1998.”

North East Delhi was part of the East Delhi parliamentary constituency contested by Dikshit in the 1998 Lok Sabha elections. She was defeated by BJP’s Lal Bihari Tiwari.

Asked about her plans for North East Delhi, she expresses sadness over “poor condition of roads and sanitation” in the area.

“It makes me sad as very essential things like roads and cleanliness are missing. Unless we do something about these, no city looks like one. Houses in the area are so haphazard, there is no planning,” she says.

“Nothing is done when houses and shops come up and then suddenly you say it’s illegal. That is very unfair. A city needs to be developed according to the needs of the people. If you do not do so, you ruin the people and their livelihood means,” she says.