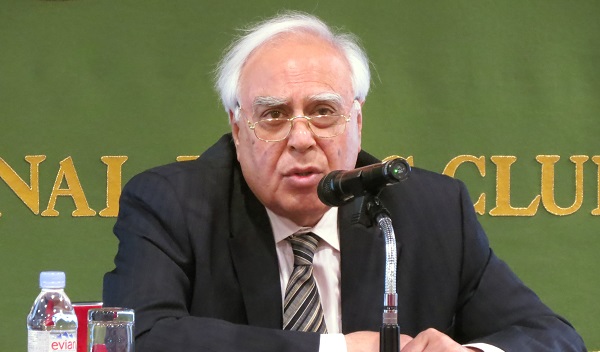 Under fire for her remarks, Thakur tendered an apology on Thursday (16) night and said she respected Mahatma Gandhi as his work for the country cannot be forgotten.

In a tweet, Sibal tweeted, “When Sadhvi Pragya says: “Godse a Deshbakht” and Modi is silent with Vidyasagar’s statue a victim of  the violent  I can only pray for my country  and hope that one day the silent majority will keep violence at bay”.

“Godse was inspired by Sangh Pariwar’s ideology & so is Pragya. Former killed our Mahatma & the latter killed Mahatma’s children. Pragya who calls Godse a patriot is endorsed by @narendramodi Is this the sign of an attempt to proliferate Sangh’s hatred based ideology,” he tweeted.