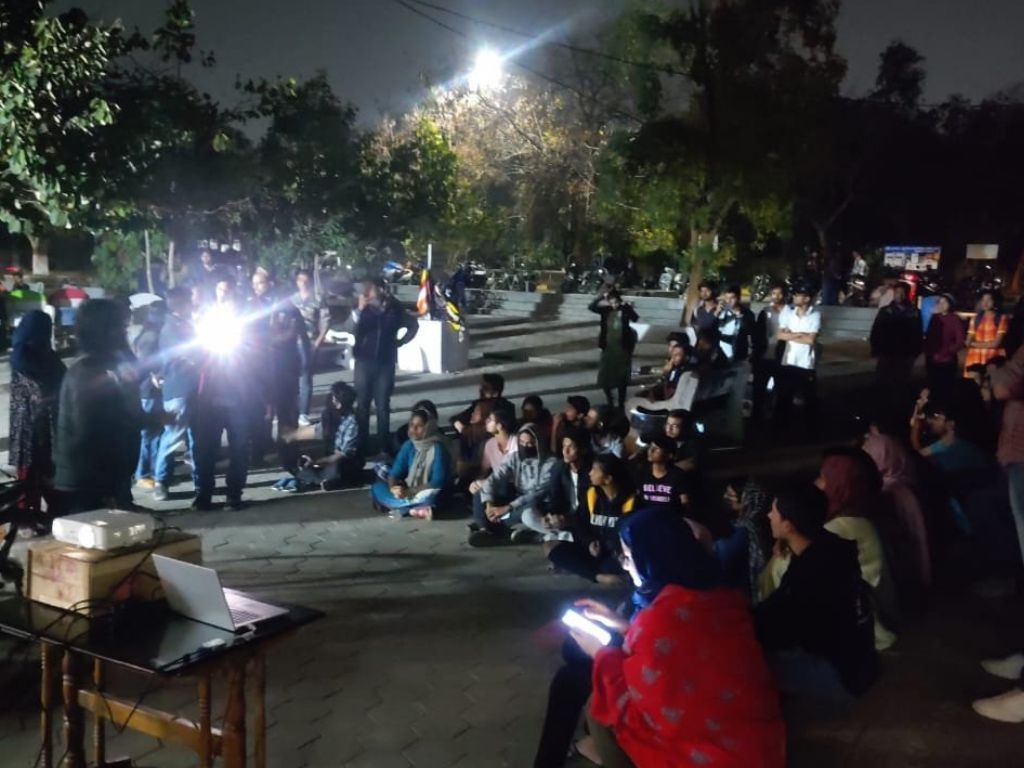 A group of students at Hyderabad Central University organised a screening of the BBC documentary “India: The Modi Question” inside the university campus on January 22, 2023. (Picture: ANI tweet/@ANI)

Amid the controversy over a BBC documentary on Indian prime minister Narendra Modi, a students’ group at Hyderabad Central University in Hyderabad in the southern state of Telangana recently organised a screening of the series — “India: The Modi Question” — inside the institution’s campus on Monday (23).

According to an ANI report, the Student Islamic Organisation (SIO) & Muslim Student Federation known as the Fraternity group organised the screening where more than 50 students from the groups were present.

The Hindu right-wing groups were not pleased, needless to say.

Mahesh, a leader of the Akhil Bharatiya Vidyarthi Parishad, a right-wing all India student organisation affiliated to the Hindu nationalist organization Rashtriya Swayamsevak Sangh which is the ideological mentor to Modi’s ruling Bharatiya Janata Party, said they escalated the matter to the university authorities and demanded action against the organisers.

He alleged that the screening was held inside the university premises without permission.

“We have received the information that some students organised screening inside the campus but haven’t received any written complaint. If we receive a complaint investigation will be taken up,” the police said.

“We think this is a propaganda piece designed to push a particular discredited narrative. The bias, lack of objectivity, and frankly continuing colonial mindset are blatantly visible,” Arindam Bagchi, spokesperson of India’s ministry of external affairs (MEA), said during a weekly media briefing.

The MEA spokesperson added that the documentary is a reflection of individuals that are peddling this narrative again.

The Indian government also asked social media giants such as Twitter and YouTube to block posts related to the documentary.

Meanwhile, in a strong response to the BBC documentary, more than 300 eminent Indians, including retired judges, bureaucrats, and armed forces veterans signed a statement slamming the British national broadcaster for showing “unrelenting prejudice” towards India and its leader.