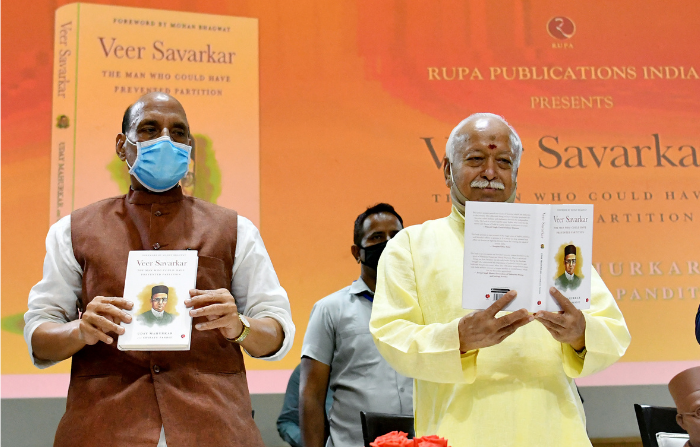 INDIA’S political circle was left polarised after the country’s defence minister Rajnath Singh on Tuesday (12) hailed Vinayak Damodar Savarkar or ‘Veer’ Savarkar as a staunch nationalist who wrote mercy petitions to the British at the saying of Mahatma Gandhi and people following Marxist and Leninist ideologies wrongly accused him as a fascist.

Singh, who was speaking at the launch of the book ‘Veer Savarkar: The Man Who Could Have Prevented Partition’ authored by Uday Mahurkar and Chirayu Pandit at Ambedkar International Centre in New Delhi, said, “Lies were spread about Savarkar. Time and again, it was said that he filed mercy petitions before the British government seeking his release from jail. It was Mahatma Gandhi who asked him to file mercy petitions.”

“He was an icon of the Indian history and will remain so. There can be a difference of opinion about him, but to look down on him as inferior is not appropriate and justifiable. He was a freedom fighter and a staunch nationalist, but people who follow the Marxist and Leninist ideology are the ones who accuse Savarkar of being a fascist…,” Singh said, adding that the hatred towards Savarkar is illogical. He said Savarkar was so committed for India’s freedom that the British sentenced him to life imprisonment not once but twice.

Singh also called Savarkar India’s first military strategic affairs expert in the 20th century who gave the country a strong defence and diplomatic doctrine. According to Singh, Savarkar was forthright in saying that India’s relations with other countries should depend on how conducive those ties are to India’s security and its interests, irrespective of the kind of government in those countries.

BJP will soon declare Savarkar ‘father of the nation’: Owaisi

The defence minister’s remarks sparked a controversy in no time and he faced a backlash from all political quarters. Asaduddin Owaisi, chief of the All India Majlis-e-Ittehadul Muslimeen and its member of Lok Sabha or the lower house of the Indian parliament, slammed Singh over his remark that Gandhi asked Savarkar to file a mercy petition and said the ruling Bharatiya Janata Party (BJP) will soon declare Savarkar as the “father of the nation”. Currently, the honour goes to the Mahatma.

Speaking to Asian News International, Owaisi, a firebrand leader, said, “They (BJP) are presenting distorted history. If this continues, they will remove Mahatma Gandhi and make Savarkar, who was accused of the murder of Mahatma Gandhi and was pronounced complicit in the inquiry of Justice Jeevan Lal Kapur, as the father of the nation.”

Mohan Bhagwat, the chief of Rashtriya Swayamsevak Sangh (RSS), the right-wing Hindu outfit which is considered the BJP’s ideological mentor, also expressed similar sentiments about Savarkar saying his ideology never sought to differentiate between people on the basis of culture and mode of worshipping the god. He was also present at the launch of the book on Savarkar.

Senior Indian National Congress leader and parliamentarian Jairam Ramesh came up with a series of tweets in response to Singh’s viewpoints on Savarkar. In one tweet, he said Singh twisted Gandhi’s actual words told to Savarkar and attached a picture of a letter that Gandhi wrote to Savarkar in January 1920.

“Rajnath Singh-ji is amongst the few sober & dignified voices in Modi Sarkar. But he doesnt seem to be free of RSS habit of rewriting history. He has given a twist to what Gandhi actually wrote on Jan 25 1920. Here is that letter to Savarkar’s brother,” he said.

Rajnath Singh-ji is amongst the few sober & dignified voices in Modi Sarkar. But he doesnt seem to be free of RSS habit of rewriting history. He has given a twist to what Gandhi actually wrote on Jan 25 1920. Here is that letter to Savarkar’s brother. pic.twitter.com/E8Gxq59TxZ

Another Congress parliamentarian Shashi Tharoor, who is known for harbouring interests in India’s colonial history, tweeted Ramesh’s post and pointed out that Savarkar’s mercy petitions were submitted before Mahatma Gandhi returned from South Africa in 1915.

“As @joydeepghosh points out: #Savarkar was lodged in the #CellularJail on July 4, 1911. Within six months, he submitted a petition for mercy. His second #mercy petition was submitted on November 14, 1913. #Gandhi Ji returned to India from #SouthAfrica on Jan 9, 1915. This is 1920”.

As @joydeepghosh points out: #Savarkar was lodged in the #CellularJail on July 4, 1911. Within six months, he submitted a petition for mercy. His second #mercy petition was submitted on November 14, 1913. #Gandhi Ji returned to India from #SouthAfrica on Jan 9, 1915. This is 1920 https://t.co/2xB3RhHtgk 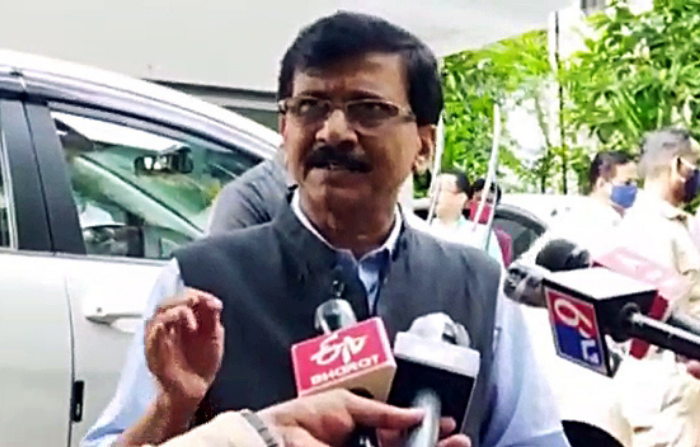 Sanjay Raut, member of parliament of Shiv Sena, another Hindu right-wing party and a former ally of the BJP, said on Wednesday (13) that Savarkar had never apologised to the British. Speaking to reporters in Pune, he said freedom fighters who languish in jail for more than 10 years can adopt a strategy thinking they can do something after coming out of jail instead of remaining inside. In politics or while serving imprisonment, a different strategy is adopted, he said.

The Sena leader, who had demanded Bharat Ratna, India’s highest civilian award, for Savarkar on many occasions, said the freedom fighter, a Hindutva icon, has always been an ideal for his party. When asked about Rajnath Singh’s statement on Savarkar, Raut said he was not aware of it.