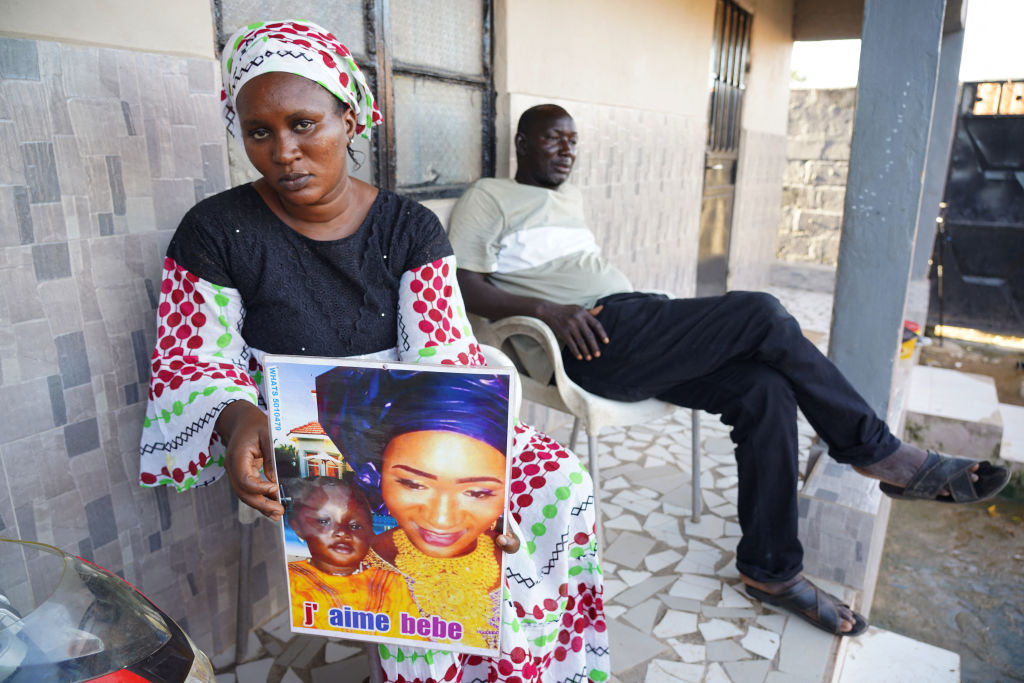 Mariama Kuyateh, 30, holds up a picture of her late son Musawho died from acute kidney failure, in Banjul , The Gambia, on October 10, 2022. (Photo by MILAN BERCKMANS/AFP via Getty Images)

The Gambia on Friday ordered a recall of several more drugs suspected of causing the deaths of 70 children from acute renal failure, the health ministry said.

All cough and cold syrups in circulation in the country will be recovered by the health authorities, as well as all pharmaceutical products manufactured by Maiden Pharmaceuticals, whose production plant in India has been shut down.

The Gambian health authorities had last month ordered a first recall of all medicines containing paracetamol or promethazine syrup.

Earlier this month the World Health Organization issued an alert over four cough and cold syrups made by Maiden Pharmaceuticals.

Laboratory testing had found unacceptable levels of potentially life-threatening contaminants, the WHO said, adding that the products may have been distributed beyond the West African country.

On Wednesday, the Indonesian government announced a ban on all syrup and liquid medicine prescriptions and over-the-counter sales, after the deaths there of nearly 100 children from acute kidney injuries this year.

Maiden Pharmaceuticals director Naresh Goyal has reportedly denied the deaths were caused by cough syrups produced at his company.

“The deaths have been due to paracetamol syrup and not due to our cough syrups,” he told India’s Economic Times newspaper.

At the request of The Gambian parliamentarians, an extraordinary session of the National Assembly is scheduled for next Wednesday to debate this “national public health emergency”.