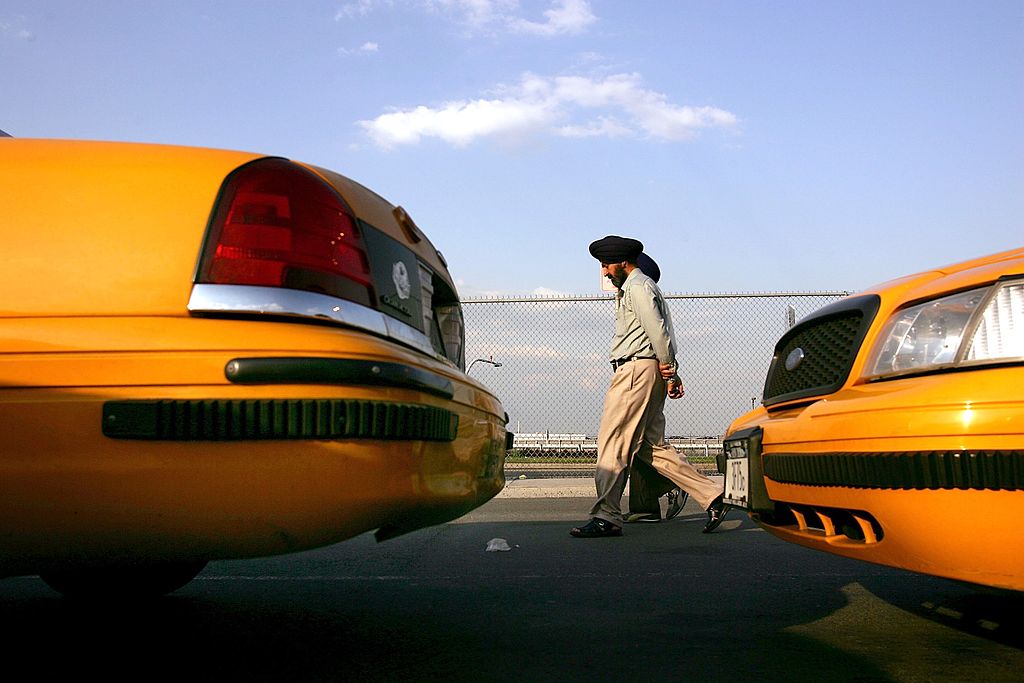 THE US state department is “deeply disturbed” by reports of an attack on a Sikh cab driver of Indian origin at the JFK International Airport in New York City and condemned any form of hate-based violence, saying perpetrators of hate crimes should be held accountable for their actions, irrespective of where they take place.

An undated video shared on Twitter on January 5 showed the cab driver getting assaulted by an unidentified man. It was posted on social media by Twitter user Navjot Pal Kaur, who said that it was recorded by a bystander at the JFK Airport.

It’s not enough to say that we need to fight AAPI hate. We actually need our elected officials to get involved with consequences for those who commit acts of violence against our community. @GregMeeksNYC @NYCMayor @AdrienneToYou @yuhline @rontkim pic.twitter.com/Dkk23lQw0g

In the 26-second-long video, the man could be heard allegedly using expletives against the cab driver. He reportedly hit the man and punched him and knocked off his urban. Details about the driver and the cause of his assault were not available.

In a tweet, the state department’s Bureau of South and Central Asian Affairs said, “We are deeply disturbed by reports of an apparent attack on a Sikh cab driver at J.F.K. airport, captured on video last week. Our diversity makes the U.S. stronger, & we condemn any form of hate-based violence.

We all have a responsibility to hold perpetrators of hate crimes accountable for their actions, no matter where such crimes occur.”

The state department’s reaction came after the Indian consulate general in New York called the assault on the Sikh cab driver “deeply disturbing” and said it took up the matter with US authorities and urged them to investigate the incident.

“The assault against a Sikh taxi driver in New York is deeply disturbing. We have taken up the matter with US authorities and urged them to investigate this violent incident,” the consulate general of India in New York tweeted on Saturday (8).

Kaur, who posted the video, tweeted, “This video was taken by a bystander at John F. Kennedy international Airport. I do not own the rights to this video. But I just wanted to highlight the fact that hatred continues to remain in our society and unfortunately I’ve seen Sikh cab drivers get assaulted again and again.”

Simran Jeet Singh, author and director of the Aspen Institute’s Inclusive America Project, tweeted, “Another Sikh cab driver assaulted. This one at JFK Airport in NYC. So upsetting to see. But it’s crucial that we don’t look away… What I am sure of is how painful it is to watch our fathers and elders get assaulted while they’re just trying to live an honest life.

“For those who aren’t Sikh, I can’t put into words what it means to have your turban knocked off — or to see someone else’s turban knocked off. It’s visceral and gut-wrenching and just so disheartening to witness.”

The National Sikh Campaign said that “we are only a few days into the new year and there has already been a hate crime committed against a Sikh. A bystander recorded an unidentified man attacking a Sikh taxi driver, ultimately knocking off the driver’s turban.

“No additional details have been released outside of the video, but we know this story too well. A Sikh person goes about their daily lives only to be senselessly attacked by someone. Common road rage between people can escalate when someone who is ignorant of who we are takes their disdain for our turbans and becomes violent,” it said.

This is not the first time when a Sikh taxi driver has been beaten in the US. In 2019, an Indian-origin Sikh Uber driver was assaulted and racially abused in the US state of Washington in a suspected hate crime.

The driver told the police that he believes his race prompted the attack.

In 2017, a 25-year-old Sikh cab driver in New York was assaulted and his turban knocked off by drunk passengers.