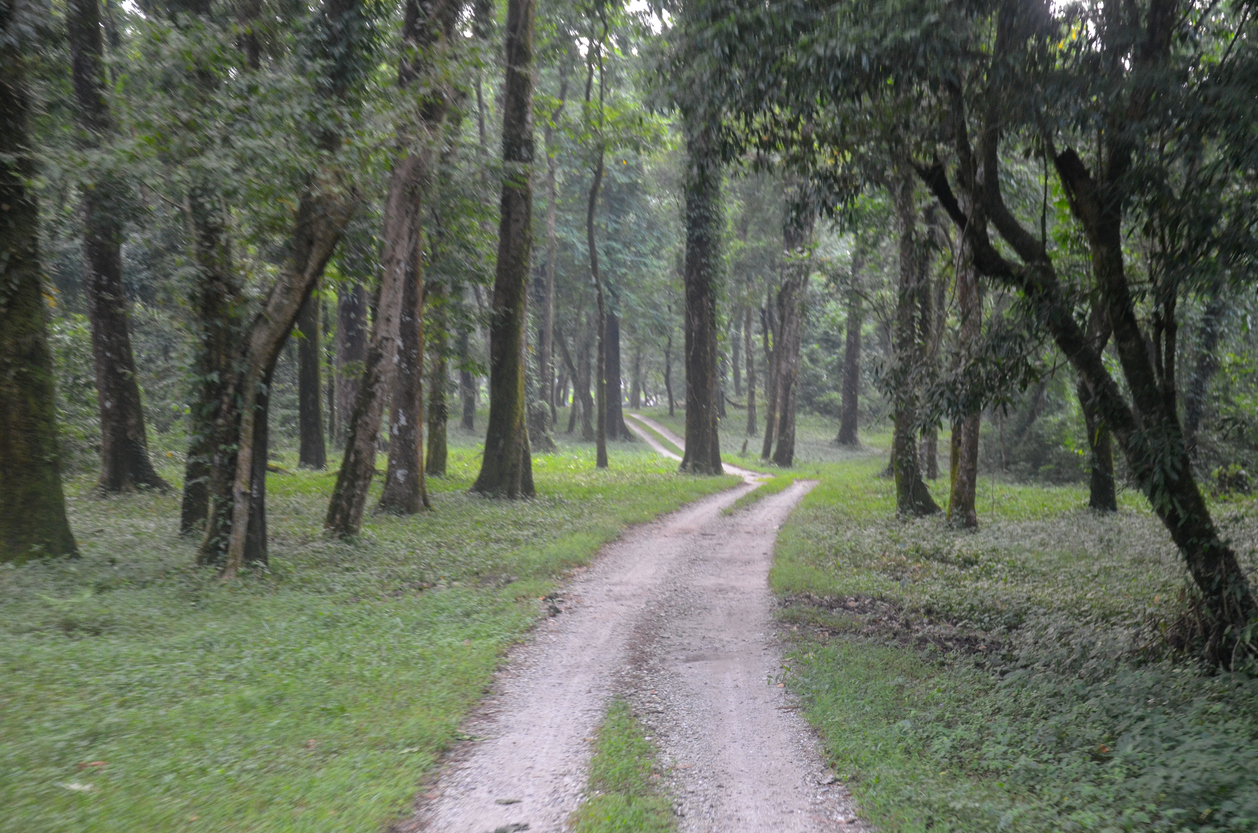 A road inside an Indian wildlife sanctuary (iStock)

In a questionable move, the Delhi government’s forest department recently permitted vehicular movement on a road passing through the Asola Bhatti Wildlife Sanctuary for people from the northern state of Haryana to attend a spiritual event.

The organisers — Radha Soami Satsang Beas — said the forest and wildlife department allowed them to use the road for the three-day event on the condition of depositing Rs 2.5 lakh and planting 5,000 saplings.

According to India’s Wildlife Protection Act, 1972, the chief wildlife warden may, on application, grant a permit to any person to enter or reside in a sanctuary for “investigation or study of wildlife, photography, scientific research, tourism or transaction of lawful business with any person residing in the sanctuary”.

A permit to enter or reside in a sanctuary is issued subject to such conditions and on payment of such fee as may be prescribed, the Act stipulates.

People aware of the matter said the decision was surprising considering that the organisation’s south Delhi campus was directly connected to Gurugram and Faridabad.

The road for which permission was granted is only used for patrolling, they said.

“This was the first time that traffic movement was allowed on the four-metre-wide road, which is used for patrolling purposes only,” a forest department source said.

Radha Soami Satsang Beas, Bhati, general secretary HC Yadav said they sought permission to use the road passing through the sanctuary for ease of travel for travellers from Gurugram and Faridabad.

The main roads connecting the organisation’s south Delhi campus to Gurugram and Faridabad see long traffic jams at the time of the satsang, he said.

“We were granted permission to use the road for the event after depositing Rs 2.5 lakh. We have also been asked to plant 5,000 saplings,” Yadav said. The three-day event ended on Sunday (27).

A senior forest department official said vehicles could enter the sanctuary after paying a fee but only during the daytime.

However, the carrying capacity and the purpose of entering the sanctuary also needs to be ascertained, the official said.

“Whether the road was used just as a bypass, whether the organisers also sought permission from the Haryana (forest) department to enter the wildlife sanctuary — all facts will be looked into,” he said.

India to roll out hydrogen-powered trains on heritage routes by Dec 2023: Railway minister

Indian foreign minister blasts developed nations over climate: ‘They are unwilling to walk the talk’

Know about Bishnoi, an Indian community which has been fighting to protect environment…

As COP27 runs into extra time to reach a deal, EU says no…