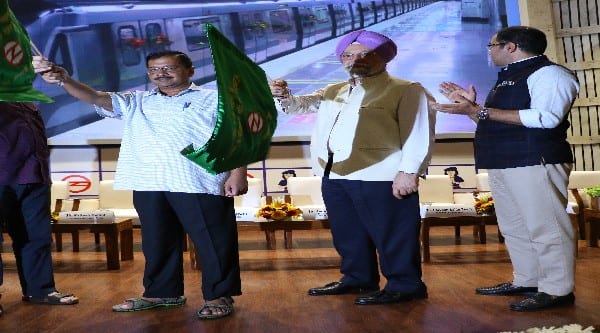 The over 4.2 km-long Grey Line of the Delhi Metro, which will connect urban village area of Najafgarh to the rapid transit network, was inaugurated on Friday.

Union Housing and Urban Affairs minister Hardeep Singh Puri and Chief Minister Arvind Kejriwal flagged off a train on the corridor. Passenger services will commence from the evening.

Puri said with the opening of this corridor, the Delhi Metro has covered 377 kilometres in Delhi-NCR.

Kejriwal said people of Najafgarh had been demanding this for a long time. People residing in the rural areas will be benefitted by the corridor, he said.