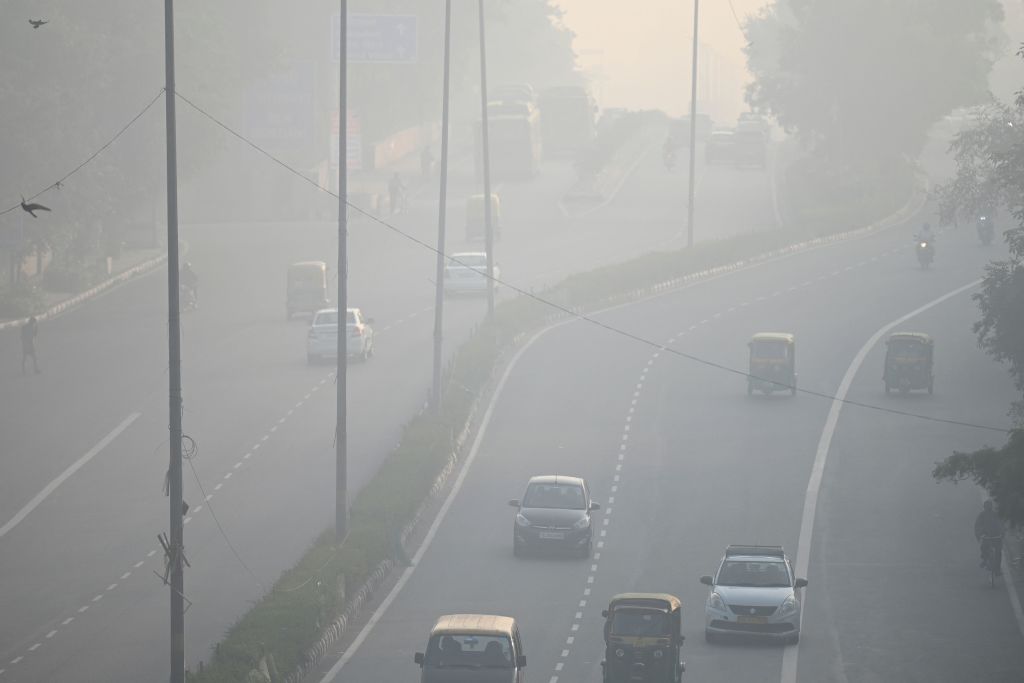 Commuters drive along a road amid heavy smog conditions in New Delhi, India. (Photo by MONEY SHARMA/AFP via Getty Images)

THE Supreme Court of India on Wednesday (24) said the air-pollution crisis in Delhi needs a scientific study and “ad-hoc measures” will not help. It also said that the situation in the Indian capital was not sending a worthy signal to the world.

It said in a stern warning that it will continue to hear the case related to poor air quality and issue directions even if the pollution level subsides for the time being.

The apex court also spoke on the issue of farm fires, one of the main reasons that cause pollution in northern India, saying it “can’t micromanage” and the government should decide on imposing fines to deal with it.

Delhi and its nearby cities have remained enveloped in hazardous air for weeks now. Measures like asking people to work from home, closing down schools and coal-powered stations temporarily have been taken but nothing has worked out in finding a durable solution.

The apex court has expressed its disappointment over the state of affairs. It said, “This is the national capital. Look at the signal we are sending to the world. You have to predict the situation based on statistics… and take action in anticipation so that the situation does not go severe.”

“Now there are supercomputers… there needs to be a statistical model,” it told the government.

Delhi’s Air Quality Index (AQI) was in the “very poor” category on Wednesday morning and the top court said the AQI levels for the national capital should be defined.

In the last hearing, the Supreme Court said how this has become an annual problem. It said the Air Quality Commission should carry out a scientific study based on the direction of the wind.

“These ad-hoc measures won’t help. What are the steps you will take and the impact of that in the next seven days is what we want?” the court asked.
Solicitor General Tushar Mehta, who represented the central government, said, “I have listed immediate steps. There are long-term plans also. We have come up with graded measures.”

Lawyer Vikas Singh, who represented the petitioner, said, “The issue of stubble burning needs to be taken care of. If farmers are compensated, farm fires can be controlled.”

In response, the court said: “Has there been any study on how much stubble has been removed in Punjab, Haryana, and UP? This is going to be a big problem. How are you going to tackle the stubble-burning issue? We are using our common sense in discussing this issue. What is the bureaucracy doing?

Let the secretaries decide something… why can’t they go to fields and speak to the farmers, scientists and devise a permanent solution?”