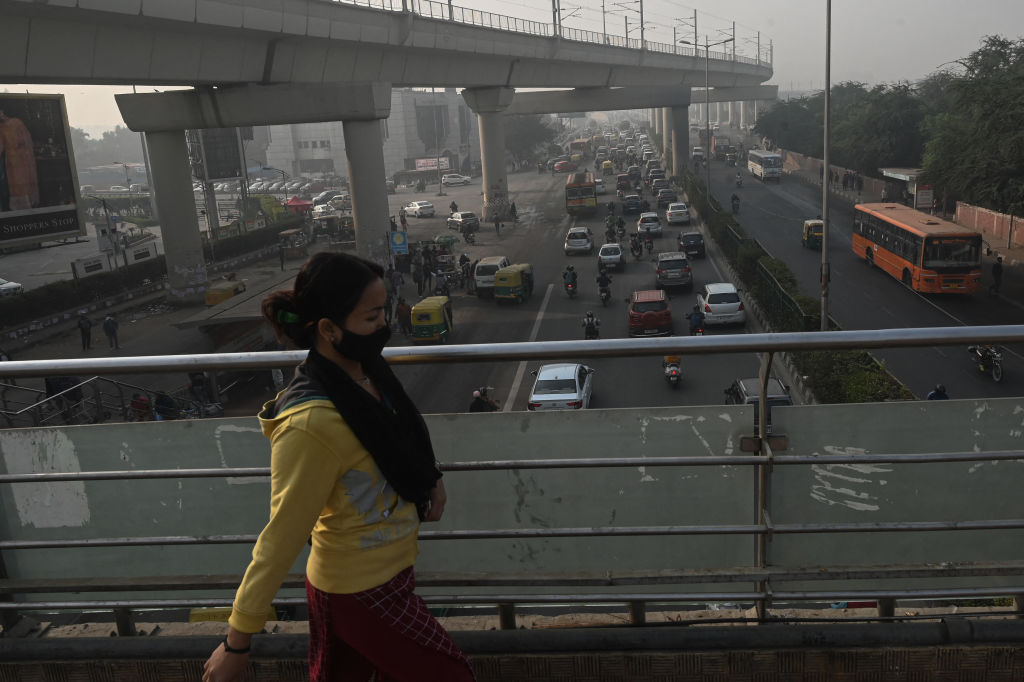 People commute along a street amid smoggy conditions in New Delhi on November 25, 2021. (Photo by PRAKASH SINGH/AFP via Getty Images)

SCHOOLS and colleges in India’s capital will reopen on Monday (29) after closing for nearly 15 days due to a spike in air pollution, the government said, even though air quality remains very poor in New Delhi and its neighbouring cities.

Pollution levels dropped marginally earlier this week, but the Air Quality Index (AQI) on Thursday (25) touched 393 on a scale of 500, indicating risks of respiratory illness from prolonged exposure.

Government offices would also open from next week but state employees should use public transport and government-run feeder buses, according to the Delhi government.

A ban on the entry of diesel trucks with non-essential goods would continue, the government said, with only natural gas and electric powered vehicles allowed into the teeming city of more than 20 million people.

The Delhi government has hired an extra 700 CNG buses to encourage people to use public transport. And a ban on construction has been reimposed to curb dust, a major source of pollution.

As part of its efforts to combat pollution, the government has already shut five power stations on Delhi’s outskirts.

Expressing its unhappiness over piecemeal measures, India’s Supreme Court has rapped the authorities for their inability to cut pollution in the city and surrounding areas.

On Wednesday (24), the top court again criticised the government and asked authorities to take measures based on weather forecasts to mitigate the pollution.

Lower temperatures and a drop off in wind speed lead to thick smog which in turn traps pollutants from vehicles, industries and the burning of biomass.

“We all, unfortunately, have to depend on wind speed and (its) direction to clear our air and NOT government action” Vimlendu Jha, founder of environment group Swechha, said in a tweet.