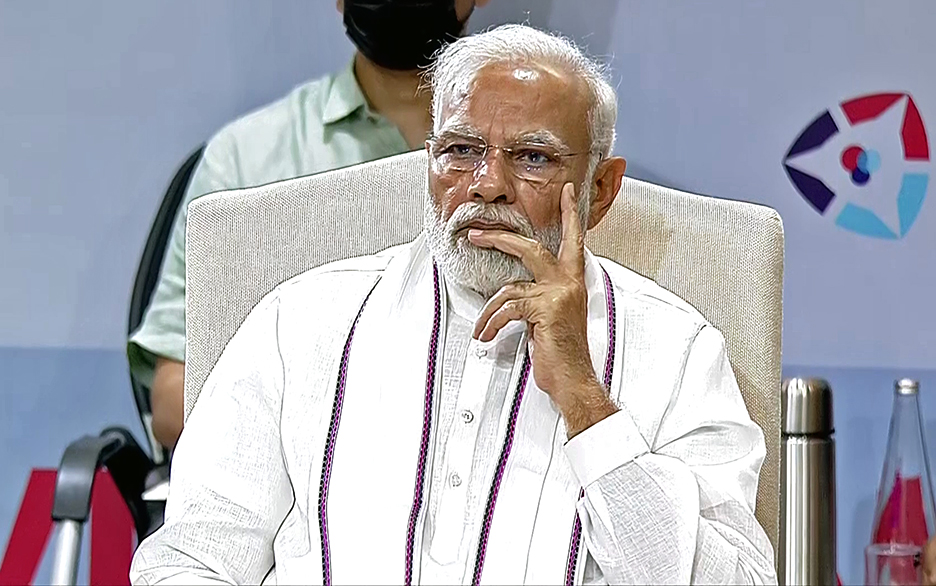 Varun Gandhi, a parliamentarian of India’s ruling Bharatiya Janata Party (BJP) took a veiled dig his own party’s government on Wednesday (10) over a video showing several people complaining that they were forced to buy a National Flag for Rs 20 (£0.21) when they went to ration shops for provisions.

Varun, who along with his mother Maneka are members of the BJP, has been targeting the BJP over a range of issues for the past many months. He also shared the controversial video on Twitter with a post reading in Hindi, “It would be unfortunate if celebrations to mark the 75th anniversary of Independence become a burden for the poor.”

“Ration card holders are being forced to buy the national flag or denied a share of grains they are entitled to. It is shameful to extract the price of ‘Tiranga’, which lives in the heart of every Indian, by snatching the poor’s morsel of food,” the parliamentarian from Pilibhit in Uttar Pradesh said.

In the video, which has been recorded by a news portal in the northern state of Haryana and went viral, poor people were seen alleging that they were forced to pay Rs 20 and buy the Tricolour when they went to collect ration at a government-run shop.

We were given orders, says shop staff

When mediapersons asked a man who appeared to be a staff member at the shop about it, he said they had got orders that each person taking ration would have to buy a flag for Rs 20 and put it up in their homes. He also said that it has been instructed that those who refused to buy the flag would not be given ration. He said they had to carry out the orders.

However, the license of the depot owner was cancelled soon after the video went viral and triggered a controversy. Deputy commissioner Anish Yadav said action had been initiated against the owner for misleading people, NDTV reported. He also urged the public to inform the administration if they came across more such cases. He also added that the Tricolours were being sold at the ration shops for people’s convenience and there was no compulsion that they had to buy one.

The Narendra Modi government has made grand plans to commemorate India’s 75 years of Independence this year under the ‘Azadi ka Amrit Mahotsav’ programme and the ‘Har Ghar Tiranga’ (Tricolour at every home) is a campaign under it.

The BJP’s top leadership has urged the citizens to display a picture of the Tricolour on their social media accounts. He himself did the same.

“It is a special 2nd August today! At a time when we are marking Azadi Ka Amrit Mahotsav, our nation is all set for #HarGharTiranga, a collective movement to celebrate our Tricolour. I have changed the DP on my social media pages and urge you all to do the same,” he tweeted earlier in August.

India celebrates 75 years of its Independence on August 15.