Divya Dutta To Romance Swara Bhasker On The Big Screen 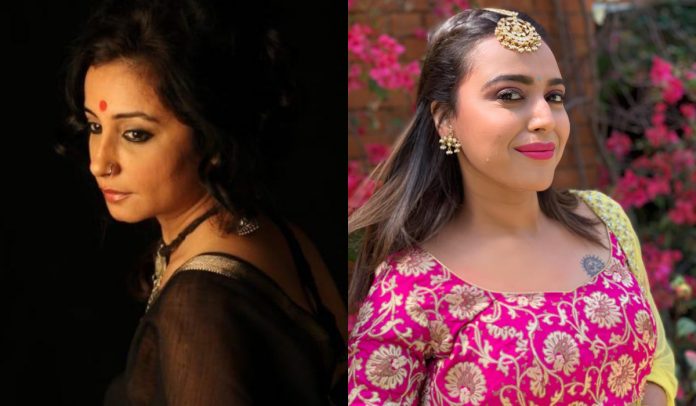 A FEW weeks ago, during an interview with us, Divya Dutta had revealed that she will be playing a lesbian character soon on the big screen. When we had probed for more details the actress opted to keep mum. But now, it has been revealed that she will be seen playing the role of a lesbian in Faraz Arif Ansari’s Sheer Kurma and Swara Bhasker will be seen opposite Divya in the movie.

The film will also star veteran actress Surekha Sikri who impressed everyone with her performance in last year’s release Badhaai Ho.

While talking about casting Divya and Swara, Ansari said: “Divya and Swara are two celebrated names in the industry and strong allies of the LGBTQIA+ community. It was an easy decision to approach them. In fact, when I started writing the film, I had Divya in my mind, and already saw her playing this role. The day I finished the script, I put up a status on Instagram saying I need someone to play the role, and Divya was actually the first person to call me. It was kind of bizarre that both of them were thinking on the same lines. Without even reading the script, she said she wanted to do the film.”

Talking about being a part of the film, Divya said: “I have worked with him previously and I know what he has to offer. For me, this is not just a film. It’s a story about relationships – including this woman’s with her family and her partner, which is something that needs to be talked about amid all the taboo that exists in our society. I took up this role because I wanted to challenge myself as an actor and discover another side of me. I am in good hands, as I have Swara and Surekha ji as my co-actors, who are equally fabulous. I always wanted to share a screen with them. It is going to be lovely to bring in all the emotions of women who are in this and find a way to strike a balance in society.”

During our interview, Divya had stated that she is excited about it as it is a very beautiful role.