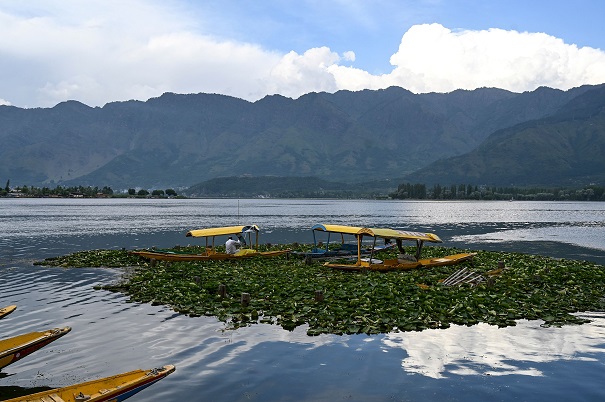 Alleging that the sense of alienation among the people of Jammu and Kashmir has increased under the BJP government, Tewari blamed the BJP’s alliance with the PDP for imposition of governor’s rule in the state (Photo: TAUSEEF MUSTAFA/AFP/Getty Images).

OPPOSING the statutory resolution in the Lok Sabha (lower house of the Indian parliament) to extend President’s rule in Jammu and Kashmir, Congress MP Manish Tewari Friday (28) said an elected government in the state is in the interest of the nation and will help the Centre in its fight against terrorism.

Alleging that the sense of alienation among the people of Jammu and Kashmir has increased under the BJP government, Tewari blamed the BJP’s alliance with the PDP for imposition of governor’s rule in the state.

Participating in the debate, Tewari said the “root cause” of imposition of governors’s rule in the state was the PDP-BJP coalition, which was “an alliance of ideologically incompatible people.”

It is “not in the interest of people in the state and the country” that governor’s rule should continue in the state, the Congress leader said, adding, “An elected government in Jammu and Kashmir will help the Centre in its fight against terrorism there.”

Cautioning the government, Tewari said it should not take such steps which alienate the people of the state.

The biggest mistake of the Modi government was that sense of alienation has increased among people in the state, he said adding, “government needs to walk two extra miles to integrate them into the national stream.”

Taking on the BJP, Tewari said if the party continues to look at Jammu and Kashmir with “its ideological blinkers,” the problem of the state cannot be resolved.

On the question of Jammu and Kashmir reservation bill, Tewari said his party is not against the spirit of the bill, but actually it is the right of the state assembly as this proposed legislation comes under its jurisdiction.