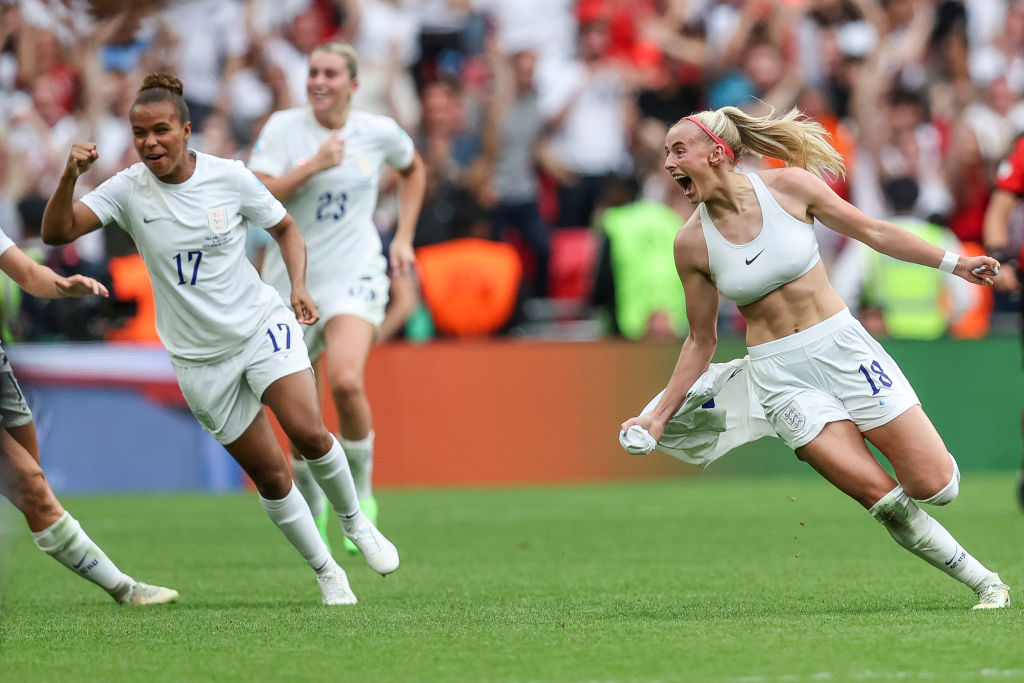 Chloe Kelly of England celebrates after scoring her team’s second goal during the UEFA Women’s Euro 2022 final match between England and Germany at Wembley Stadium on July 31, 2022 in London, England. (Photo by Maja Hitij/Getty Images for DFB)

Sometimes, to be a lookalike pays off in a big way.

A female football fan in England recently got the happiest surprise of her life after she was upgraded to business class by British Airways because she was mistaken for Chloe Kelly, the 24-year-old footballer who gave the country the Euro defeating Germany in the title clash at the Wembley Stadium on July 31. The incident even left Kelly in splits.

Sophie, a TikTok user, filmed a video in which she showed the luxuries that were on offer from the airline. In a short clip, a stewardess was seen approaching her, who was wearing an England shirt, asking her if she played in the final.

She also told Sophie that she looked like the girl who scored, leaving her smiling.

“That’s the best compliment you could possibly ever give me,” she replied.

She also captioned the video: “Is this what it is like to be Chloe Kelly?”

Another caption read: “So I got a free upgrade to Business and the air hostess thought I was Chloe Kelly.”

Chloe Kelly reacts to the incident

The incident did not escape Kelly’s eyes and she tweeted the story carried by SPORTbible and said tagging the British Airways, “Lookalikes assemble 😂 hi 👋🏼 @British_Airways💁🏼‍♀️”

Kelly, who scored England’s winner in the extra time to seal the game, became an overnight sensation also for her special celebration by taking off her England jersey and waving it while running, revealing the sports bra underneath. She became such a national obsession that many fans even said jokingly that she should become the next prime minister of Britain.

Even during a post-match interview, Kelly cut it short to rush to join the team’s celebrations.