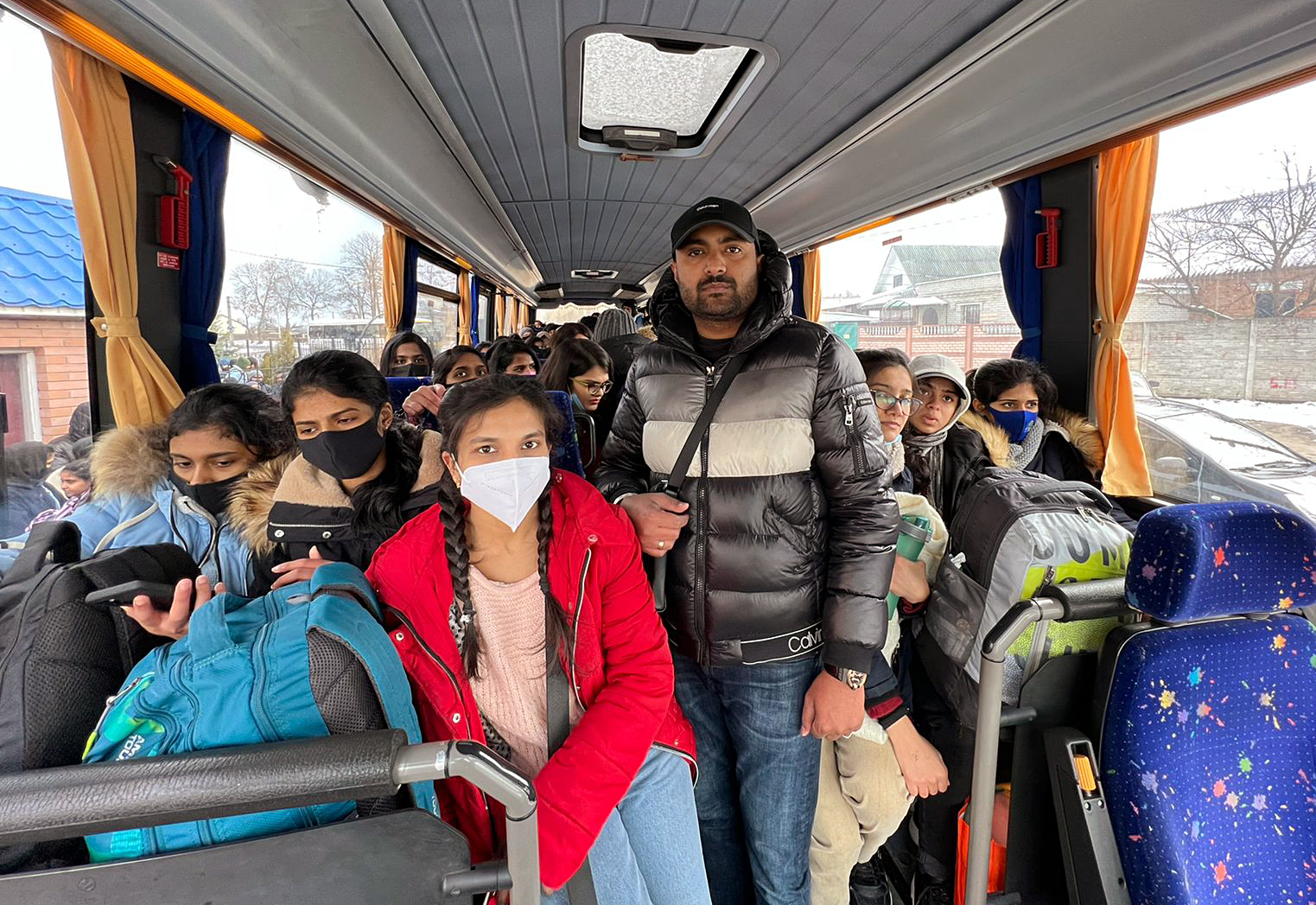 Indian Students, stranded in war-torn Ukraine, on their way to Poltava from Sumy on Tuesday. (ANI Photo)

SEVERAL Indian students stranded in the northeastern Ukrainian city of Sumy hoped that they would be in a safe zone soon as their evacuation process started on Tuesday (8).

“The evacuation from Sumy has started. There was finally some good news. All Indian students will be evacuated from Sumy on Tuesday itself. They will be taken to a safe location from where they will be brought to India,” said Anshad Ali, a student coordinator.

A medical student at Sumy university, who did not wish to be identified, confirmed that buses have arrived and students have started boarding them.

“We have been told that we will go to Poltava. I am praying that we reach a safe zone and this misery is over,” he said from Sumy.

India’s minister Hardeep Singh Puri confirmed in New Delhi that 694 Indian students, who were stranded in Sumy, left for Poltava.

“Last night, I checked with the control room, 694 Indian students were remaining in Sumy. Today, they have all left in buses for Poltava,” he said.

Indian prime minister Narendra Modi held discussions with Russian president Vladimir Putin and Ukrainian leader Volodymyr Zelenskyy on Monday (7) on ways to start the stalled evacuation process of the Indian students from Sumy, which is being pummelled by the invading Russian forces.

India has so far brought back over 17,100 of its nationals from Ukraine while Indian students remained stuck in Sumy, with their evacuation dependent on the facilitation of a safe passage by Russian and Ukrainian authorities.

“We stood in a queue for three hours in freezing cold on Monday, waiting to board the buses and then, we were told that we cannot go. Thankfully, we left Sumi on Tuesday. I am hoping that we will be in a safe zone soon,” Aashiq Hussain Sarkar, another medical student, said.

Sumy has been witnessing intense fighting between Russian and Ukrainian troops for days now. India had been making efforts to evacuate its citizens from the northeastern Ukrainian city, but with little success due to the heavy shelling and airstrikes.

With no electricity and water supply, ATMs running out of cash, melting snow to slake their thirst and fast running out of supplies, hundreds of Indian students trapped in Sumy stood on roads every morning, hoping that “today would be the day” when they would be rescued from the savagery of the war that has engulfed Ukraine.

The wait, however, got longer as fierce fighting blocked their way to safety across the Russian border.

Exasperated, the students posted a video clip on social media platforms on Saturday (5), saying they had decided to walk to the Russian border in biting cold amid the fighting, raising fears about their safety.

Soon after the video went viral, the Indian government asked the students not to take risks and to remain in shelters and assured them that they would be rescued soon.