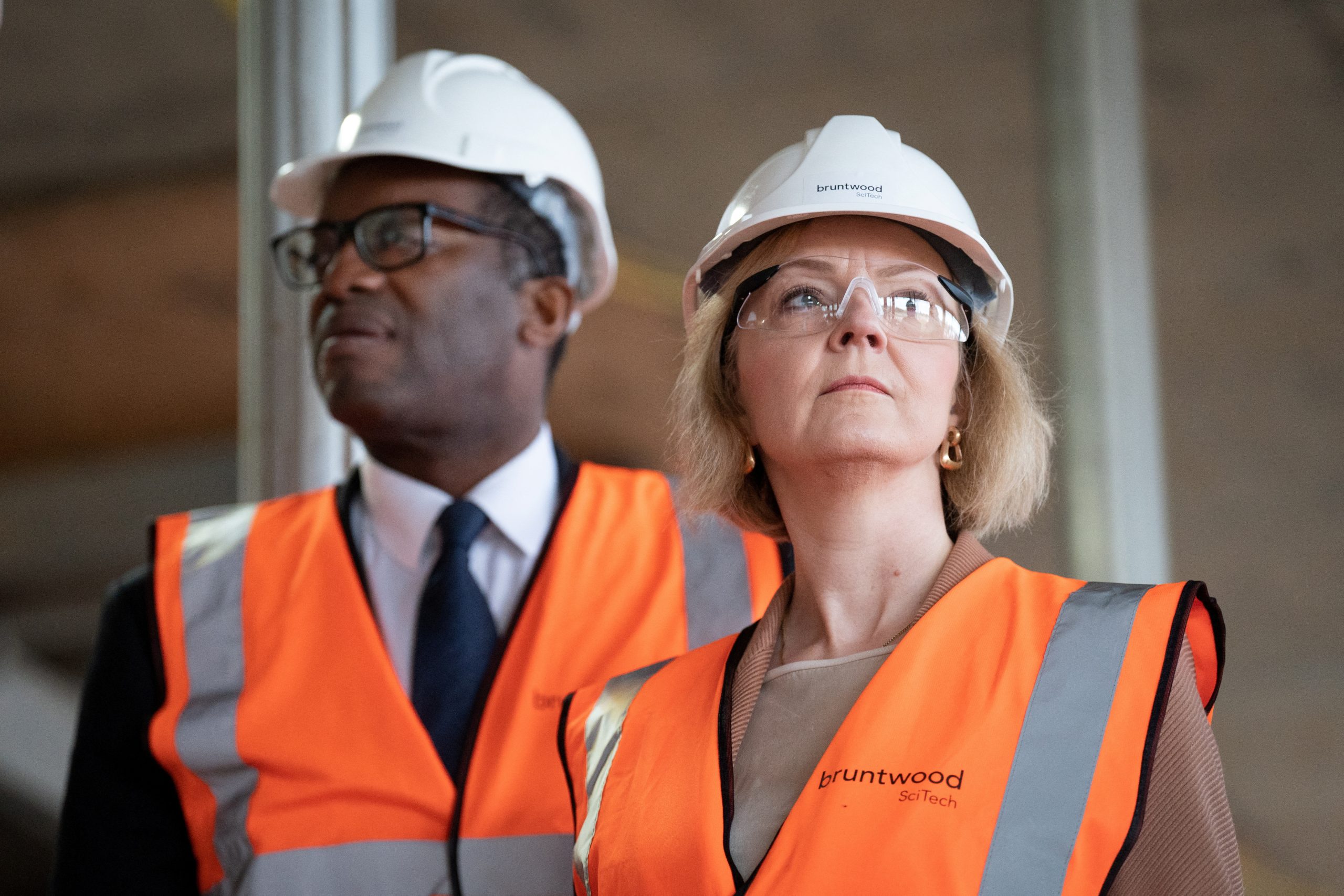 By: BARNIE CHOUDHURY and SARWAR ALAM

Prime minister, Liz Truss, and chancellor, Kwasi Kwarteng, have “risked” the Conservative Party’s election chances because of their “incompetent handling” of the mini budget, Asian parliamentarians have told Eastern Eye.

However, on Monday (3) the chancellor was forced into a humiliating U-turn after the pound tumbled in value in the stock market, interest rates rocketed, and lenders pulled mortgage offers for home buyers.

“The fundament thing is that debt is going up, because not only are interest rates going up across the world, but interest rates in the UK are going up faster, because of incompetence and a lack of credibility,” said one senior south Asian Tory.

“This mini budget is unlikely to show growth, and we’ll see that when the chancellor shares more details, and we get the analysis from the OBR [Office for Budget Responsibility].

Conservative peer, party donor and businessman Lord Rami Ranger also criticised both the prime minister and the chancellor for causing “upheaval” with their tax cuts and warned the pair needed to make “radical decisions” in order to limit the damage.

While commending Truss and Kwarteng for reversing the tax cut for highest earners,  Lord Ranger said they will have to “correct” some of their other decisions.

“Now is not the time to reward the top earners,” the peer said. “The economy is in trouble. There are a lot of issues facing the nation; people are struggling to make ends meet.

The language of accusing the Truss administration of “incompetence” is surprising because the sources who spoke to Eastern Eye are loyal Tories.

South Asian insiders described the mood in the party as one of “disbelief” and said the fiscal plans were “ill-thought out”.

“I’m usually pretty calm, but this gets my blood boiling, because in the end, this is about people’s lives and livelihoods,” said another parliamentarian.

“So, we should exercise an element of responsibility.

“Yes, politicians need to act, but when it comes to taking risks with the economy the precautionary principle is that if you can’t make it better, definitely don’t try to make it worse.”

He said, “I have never borrowed money to grow my business, I’ve only used profit.

“The economy cannot sustain. What is the guarantee the economy will be able to generate wealth and have the money to pay for the debt borrowed?

“Risk has never been my favourite option. I believe tax cuts should be financed by the growth of the economy and productivity, rather than just borrowing money; it’s a false economy.”

He added, “The prime minister will have to make radical decisions.

“There’s a huge possibility they (Truss and Kwarteng) will now have to correct all those decisions which upset the market and upset the public.

“If they don’t, then it will be even worse.”

Appearing on the BBC’s Sunday with Laura Kuenssberg programme, 24-hours before the climbdown, Truss said she would not reverse the decision to abolish the 45p tax cut for high earners.

“Liz threw Kwasi under a bus by distancing herself from the mini budget and the tax cut,” said one south Asian Westminster source.

“You don’t do that to a cabinet colleague. It’s all about collective responsibility.”

Critics of the chancellor said he had a “tin ear” and despite several media appearances, Kwarteng never actually said sorry for his error.

Gerard Lyons, the chief economic strategist at Netwealth Investments, was an informal advisor to the Truss leadership champaign.

He told The Telegraph he had given an “explicit warning” they risked “spooking” the markets with the mini-budget.

Lord Ranger told Eastern Eye, “The prime minister was told by (former chancellor and leadership candidate) Rishi Sunak (during the leadership debates) that you cannot put fuel on the fire (by borrowing to fund tax cuts and increasing debt).

“He was not interested in making promises that he could not deliver.

“I hope now that we have had the experience of the market reaction, we will take into account what he said and envisaged during the leadership debate.”

The peer added, “First you have to control inflation before you reward people.

“Inflation is a cancer which burns everything – people’s mortgages, property, earnings… the cost-of-living crisis escalates because of inflation.

“But she (Truss) was determined because she had come (to win the leadership contest) with the promise of tax cuts and she wanted to make sure she honours her commitment.

“Time is a great judge – it tells you whether your decision was right or wrong and it turned out to be wrong.”

South Asian parliamentarians told Eastern Eye the Truss administration was “completely wrong” to cut taxes for the highest earners, and that it was “immoral to fund tax cuts through borrowing”.

“It feels in a way that we’ve become a divided party and divided parties don’t win elections,” Eastern Eye was told.

“That’s one the tenets of politics in the UK.

“We have to answer two questions; is it too late, and can we recover?

“In politics, nothing is ever too late, because things do change over a period.

“There is all to play for, but it’s against some really difficult economic headwinds and self-inflicted own goals.

“Liz’s key mission is to demonstrate she is pivoting towards listening to people in the party and trying to bring the whole country with her through a difficult period.”

Kwarteng has vowed to continue with his economic reforms, insisting his and Truss’s contentious plans – which include axing a cap on bankers’ bonuses and reversing a planned rise in corporation tax, as well as a recent hike in national insurance contributions – were ‘sound’ and ‘credible’.

Lord Ranger warned the pair to not make the same mistakes again and this time seek the advice of other Tory MPs and financial experts.

“They acted so quickly, without taking into account the expert advisers, economists or the Bank of England,” he said.

“When you start a new government, you have to take time to understand the situation facing the nation before making a decision.

“I’m very disappointed that all the experience people have been side-lined.

“That is not the way to form a government because the government must reflect the talent and diversity of the nation.”

Over the past 20 years, more south Asians have joined the Conservative party because they regard it has their natural home.

They told Eastern Eye fiscal prudence was the hallmark of the south Asian diaspora.

“I hate to generalise about the south Asian diaspora, but there are certain traits or patterns among our communities,” said a source.

“Living within your means, saving in a way that you secure the future of future generations are so intrinsic among our communities.

“A lot of us have been immigrants, and therefore, we know that economic security is one of the things that we absolutely need and cover.

“It may be because we come from countries who have never really had welfare support.

“Therefore, we know that you’ve got to be self-supporting, self-standing, whatever it is.

“There is a sort of a feeling, certainly amongst the diaspora communities, that you can’t mortgage the futures of our children and grandchildren.”

It was the intervention of so-called Tory grandees, Michael Gove and Grant Shapps, which forced Truss and Kwarteng to U-turn.

They warned the government would not have the votes to see the measure succeed in parliament.

“Michael Gove, Grant Shapps, Damien Green – these are senior grandees who are sort of saying to the prime minister, ‘we can derail your agenda at any point’.

“They’re saying Liz and her administration have got two years before she has to go to the country, and they are in a very weak and in a very dangerous position.

“I think the prime minister and chancellor have been brought to heel by some of the experienced political hands.

“These are people who have been at the frontline of British politics for decades, who should be in any cabinet, and they have actually done some quite significant damage.”

But the fact that the grassroots party members voted by a relatively slim majority compared to other leadership contests for Truss meant the decision was coming back to haunt the party.

Lord Ranger said Truss could have offered an olive branch to her former rival and used Sunak’s economic expertise by giving him a role in her cabinet.

“He (Sunak) was more experienced in handling the economy, because he showed a lot of imagination when dealing with the Covid crisis,” said Lord Ranger.

“He saved jobs, businesses and industries and also money for the Covid vaccination.”

“I’m really disappointed Rishi wasn’t given the role of deputy prime minister, because he could’ve bought more knowledge to the table. He is, after all, a banker.”

Another senior south Asian parliamentarian said, “It’s self-evident that from an economic policy perspective, everything that Rishi was describing wasn’t fear mongering; it’s all sort of played out.

“A lot of the membership are now feeling and saying if Rishi had been in Number 10 instead of Liz, all of this could have been avoided, and we’d be on a different trajectory.”

Conservative parliamentarians are now urging the prime minister to listen and consult all sides before making big decisions.

“Her biggest error is that Liz doesn’t listen.

“She has chosen her supporters and those who agree with her, and not one single person who backed Rishi.

They told Eastern Eye if Truss does not change her “autocratic ways”, the Tories risked losing the next general election.

One unnamed source said the prime minister had until next spring to put things right.

“A lot of people are thinking, ‘can Rishi be coronated and have a quick change of rules and leadership?

“I think that’s really difficult to orchestrate, certainly, for the foreseeable future, certainly not before the year end or what, unless we have another sort of catastrophe.

“I think come next spring if the Labour Party remains in 40s in terms of popularity polling, and the Conservative Party can’t get above 30 per cent, that alarm bells would ring and panic sets in and Tories get into action.

“Because that’s the point at which they will have another budget, the right time to get rid of a leader.”