Expect Air India Sale To be Completed In 120-150 Days: Official 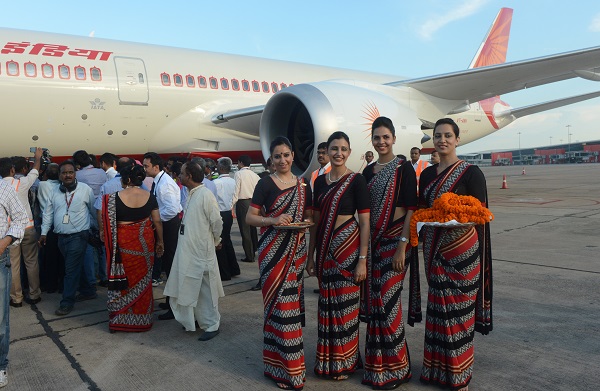 The Indian government is likely to offer 100 per cent stake in Air India to potential buyers and a final call on this would be taken by the Air India Specific Alternative Mechanism (AISAM) (Photo: RAVEENDRAN/AFP/GettyImages).

THE Indian government expects to complete the sale process of national carrier Air India within the next four to five months, a top finance ministry official said.

In an interview, Department of Investment and Public Asset Management (DIPAM) secretary Atanu Chakraborty also said the Rs 1 trillion disinvestment target set for the current fiscal does not include sale proceeds from Air India.

The government is likely to offer 100 per cent stake in Air India to potential buyers and a final call on this would be taken by the Air India Specific Alternative Mechanism (AISAM).
“It (Air India) will be sold when the buyer ultimately gives the cheque and there are certain prerequisites before any sale, those also have to be met. I do expect that to be finished in 4-5 months but nevertheless to provide for that exigency, we have not accounted for Air India sale proceeds (in budgeted disinvestment proceeds).

“We will try to finish it off by Diwali, if not before,” Chakraborty said.

The government in Budget 2019-20 has set a record disinvestment target of over Rs 1 trillion.

In her Budget speech, finance minister Nirmala Sitharaman said, “In view of current macro-economic parameters, Government would not only reinitiate the process of strategic disinvestment of Air India, but would offer more CPSEs for strategic participation by the private sector”.

Chakraborty said the disinvestment target does not include Air India proceeds because people say the sale is probabilistic. “So in my calculation I’ve kept that out. However, if it comes in, don’t expect me to keep that money out, I’ll bring it in and we want to do it.

“But people say it is probabilistic because you may not get a buyer. I have entire control on my sale process, but I have very little control on the buyer side,” he said.

Asked if the government’s 100 per cent stake would be put on the block, Chakraborty said, “It will be unfair of me to prejudge the decision by Air India Specific Alternate Mechanism. However, the government once having decided to sell and also made it clear they will certainly sell it, indications should be that.”

The AISAM, which is basically a Group of Ministers (GoM) on the Air India disinvestment, will have to be reconstituted as Arun Jaitley and Suresh Prabhu are no longer ministers in the new government.

They will be replaced by finance minister Nirmala Sitharaman and civil aviation Minister Hardeep Singh Puri.

Transport Minister Nitin Gadkari is likely to continue in the panel when it is reconstituted.
The DIPAM has prepared a fresh proposal for the sale of Air India, incorporating issues like crude oil prices and exchange rate volatility, flagged by EY last year as among the possible reasons for the government failing to attract bidders for the national carrier.

The government had last year invited bids to sell 76 per cent stake in Air India, along with transfer of management control. However, it did not attract any bidder.

Following that, transaction advisor EY prepared a report citing probable reasons for the failure of the sale process.

The reasons cited included the residual 24 per cent government stake and corresponding rights, high debt, volatile crude oil prices, fluctuations in the exchange rate, changes in the macro environment, the profitability track record of bidders and restriction on bidding by individuals.

In 2018, AISAM had decided to sell 76 per cent stake in Air India and the buyer was required to take over Rs 240 billion debt of the carrier along with over Rs 80bn of liabilities.

However, the stake sale failed to attract any bidder when the auction process drew to a close on May 31, 2018. At that time, Air India’s total debt burden stood at Rs 550bn.

As a precursor to the strategic disinvestment of Air India, the Cabinet in February approved setting up of a special purpose vehicle (SPV) – Air India Assets Holding Company to transfer Rs 294.64bn worth loans of the national carrier and its four subsidiaries.