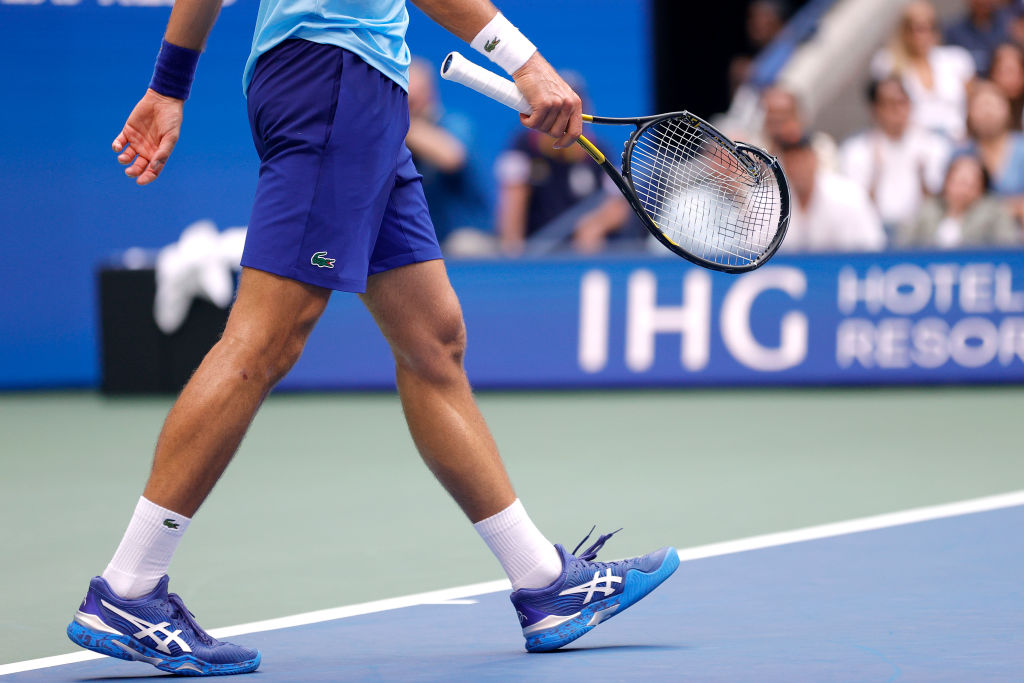 A view of Novak Djokovic’s broken racquet during the final of the 2021 US Open against Daniil Medvedev on September 12, 2021. (Photo by Sarah Stier/Getty Images)

ACE Serbian tennis player Novak Djokovic was left distraught after losing the final of the US Open to Russia’s Daniil Medvedev, a defeat that stopped him from scripting history of registering the first Calendar Slam of the 21st century. He lost in straight sets 4-6, 4-6, 4-6.

After losing the second set, a livid Djokovic was seen smashing his racquet on the court floor at the USTA Billie Jean King National Tennis Center in New York City on Sunday (12). Djokovic won the Australian Open, French Open and Wimbledon this year and was favourite to win the US Open in the absence of two other big names of his era – Rafael Nadal and Roger Federer. But Medvedev had other ideas and he ended up clinching his maiden Grand Slam title, smashing Djokovic’s dream.

Djokovic, who would become the first player to pocket a Calendar Slam since Steffi Graf’s feat in 1988 (hers was a Golden Grand Slam as she won the Olympic gold as well) and as the first male player since Rod Lever in 1969, now remains at level with both Nadal and Federer with 20 Grand Slam titles.

The 25-year-old Medvedev, who became the first Russian man to win a Grand Slam title after Yevgeny Kafelnikov (1996 French Open) and Marat Safin (2000 US Open and 2005 Australian Open), apologised to Djokovic and his fans during the post-match presentation ceremony for denying him a chance to create history.

“Sorry for your fans and Novak because we all know what he was going for,” Medvedev said, adding, “What you have accomplished in your career, for me, you are the greatest tennis player in history.”

Djokovic, 34, congratulated his opponent and said he deserved the victory. “If there’s anyone that deserves a Grand Slam title right now, it’s you,” he told him.