Finally, Modi breaks silence on ‘Agnipath’ row: Here is what he said 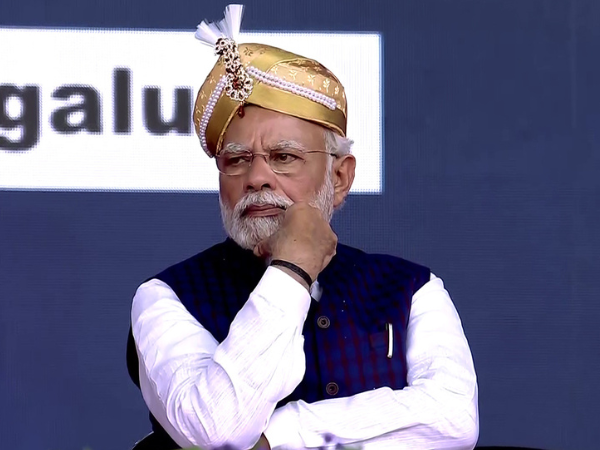 INDIAN prime minister Narendra Modi on Monday (20) spoke on the controversial ‘Agnipath’ scheme for the first time but he did not take its name.

The Bharatiya Janata Party (BJP) leader, who is currently touring the southern Indian state of Karnataka which is ruled by his party, attended a public rally in state capital Bengaluru where he spoke indirectly about the scheme which has seen a massive backlash across the country as military aspirants have called it unfair.

Modi said several decisions may look unfair in the beginning but in due course, they help in nation-building.

“Several decisions look unfair at present. In time, those decisions will help in building the nation,” he said, without mentioning ‘Agnipath’.

Key projects are being launched in Mysuru, which will benefit the citizens. Watch. https://t.co/ftUCOuGUlO

Several opposition parties in India, including the Indian National Congress, have termed ‘Agnipath’ as the latest blunder of the Modi government and many have predicted that it would be rolled back like the farm laws.

The government, however, has looked unfazed by the criticism. The military has backed the move saying it was a long-needed change to keep in pace with the global change and a younger force will serve the country’s needs.

The ‘Agnipath’ scheme calls for recruitment in the armed forces between 17.5 and 23 years and a fixed term of four years in military service. This has been rejected by millions of youth who feel their future have been jeopardised.

The protesters have resorted to massive violence since the scheme was unveiled on June 14 and although the government has made several offers to the potential ‘Agniveers’ (youth recruited under the scheme) like employing them in paramilitary forces, home and defence ministers in the future, they have not convinced the angry youth.

On Monday, several organisations called for a nationwide strike in India strike and more than 500 trains operated by the Indian Railways were affected by it.