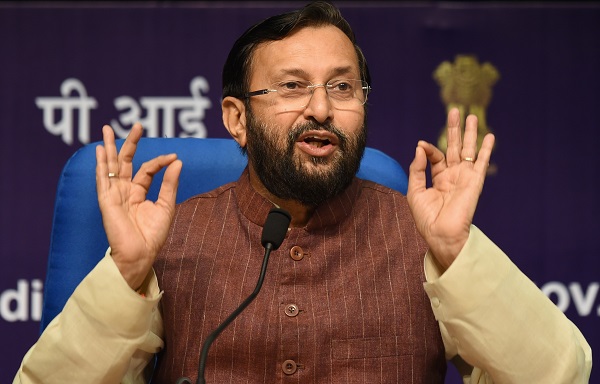 Speaking at the 60th SKOCH Summit here, he exuded confidence that India will become a five trillion dollar economy under the leadership of prime minister Narendra Modi in the next five years.

“India will become a five trillion dollar economy under the leadership of prime minister Narendra Modi. Policy paralysis never allows sustainable growth. Decisive leadership, on the other hand, gives real support and momentum to the economy. This leadership is being provided by Narendra Modi, which the world can also see,” Javadekar, minister for environment and information and broadcasting, said.

Giving out an example of good governance by the Modi government, Javadekar referred to the Goods and Services Tax (GST) initiative saying it was a real example of “cooperative federalism”.

“A big revolutionary move of GST was taken to bring transparency and make tax compliance better. GST Council was made which is a real example of cooperative federalism. Under the leadership of Arun Jaitley, the council, which had finance ministers of various states, had no dispute over policy decisions,” he added.

The minister also emphasised on infrastructure and agricultural development for economic growth.

“The stronger the infrastructure, the faster will be the economic growth. Every year Rs 20 trillion have been kept aside for infrastructure development,” he said.

Highlighting the government’s contribution to boost agriculture sector, the minister said: “We are helping out farmers by depositing Rs 6,000 every year in the account of over 14 crore farmers across the country. This is a big move. This means farmers will have money to repair degraded land, get good seeds and use better technology.

SKOCH is a think-tank on socio-economic issues.