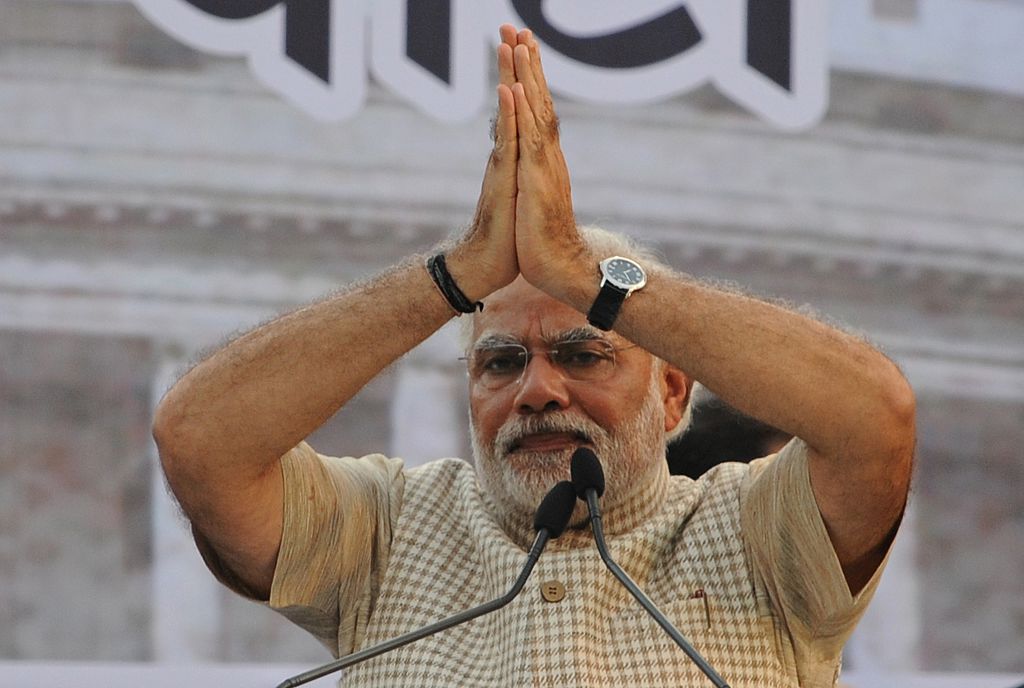 The anti-terror squad (ATS) of the western Indian state of Gujarat on Monday (28) arrested a man from Badaun in the state of Uttar Pradesh for providing fake information on a public grievances portal over an alleged plot to kill prime minister Narendra Modi during his election rally in Jamnagar, an official said the same day, Asian News International reported.

The arrested man was identified as Aman Saxena who was brought to Gujarat ATS for interrogation.

SL Chaudhary, deputy superintendent of police, ATS, said the Gujarat ATS had got input on the portal that a girl named Tanya from Delhi was planning to kill PM Modi during the public rally in Jamnagar and is also planning a blast at the secretariat in Delhi.

“Tanya is a practising lawyer in Delhi and originally belongs from Patna. A man named Aman from Badayu is also involved and their Facebook profile was attached,” the official said.

Following the receipt of the information, a team from Gujarat ATS reached Delhi to check the input.

The team got to know that an unidentified person with a fake digital identity of Shubham Rajkumar Chhaleria had made the application on the PG portal.

The team held Saxena in the process and brought him for further inspection, Chaudhary said.

“On further enquiry, he disclosed that he had made 12 to 15 such applications with Chhaleria’s email ID and mobile number from September 29, 2022, to 25 November 2022, regarding the killing of various national and international names, Central Sachivalay and blast during elections,” the police said.

Further investigation into the matter is underway.