Gujarat election 2022 is about deciding state’s fate for next 25 years: PM Modi 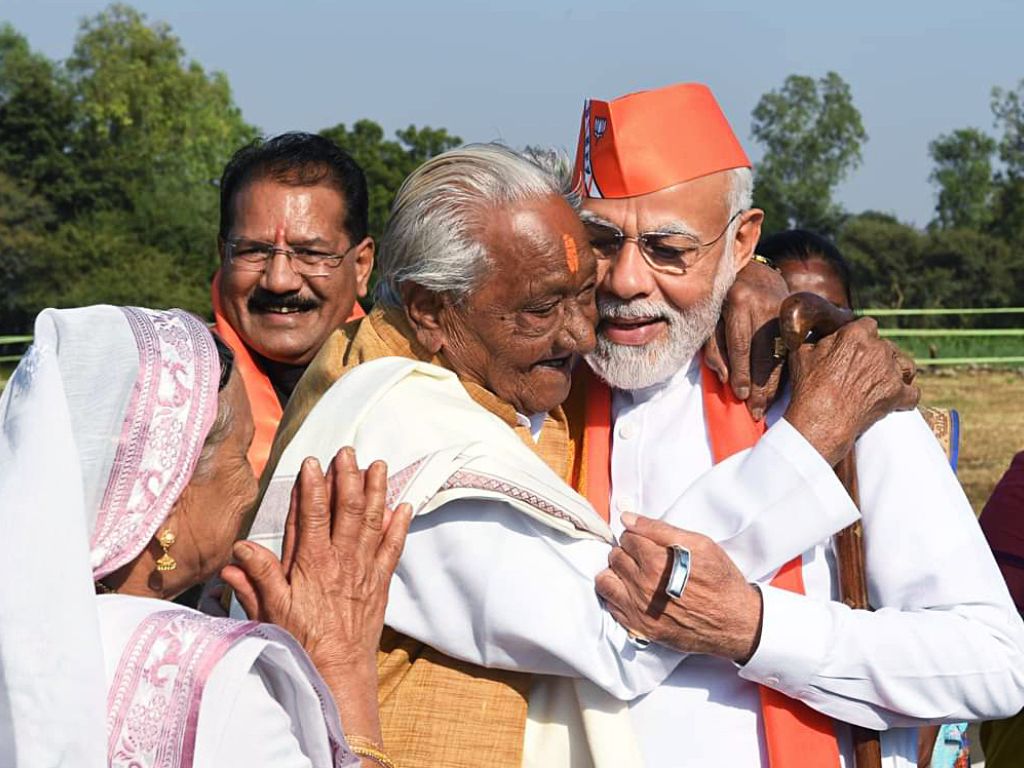 Indian PM Narendra Modi being embraced by a 103-year-old supporter qt a public meeting, in Dahod in the Indian state of Gujarat on Wednesday, November 23, 2022. (ANI Photo)

Indian prime minister Narendra Modi on Thursday said the upcoming Assembly election in Gujarat is all about deciding the state’s destiny for the next 25 years.

Addressing a poll rally in Palanpur town of Banaskantha district of the state in support of the ruling Bharatiya Janata Party’s (BJP) candidates, Modi said though many developmental works have been carried out so far by the ruling BJP in Gujarat and the Centre, time has come to take a “giant leap”.

Elections for the 182-member Gujarat Assembly will be held in two phases on December 1 and 5 while the counting of votes will be taken up on December 8.

Voting in Banaskantha district will be held in the second phase on December 5.

“This election is not about who will become an MLA or whose government will come. This election is all about deciding Gujarat’s destiny for the next 25 years,” Modi said.

The PM said he was making efforts to put Gujarat in the league of developed nations.

“Time has come to take a giant leap now. And, I need your support to form a strong government in Gujarat. You don’t have to tell me your issues because I grew up here and I very well understand those issues. I appeal to you to make the BJP victorious in all the seats of Banaskantha,” said Modi, the BJP’s star campaigner for the Gujarat polls.

He said the BJP government in Gujarat has focussed on tourism, environment, water, cattle-rearing and nutrition aspects for the overall development of Banaskantha and the surrounding region.

“In a very short span, we were able to solve the issues of water scarcity and electricity. Youngsters aged 20 to 25 years may not even know today how bad the situation was a few decades back,” Modi said.