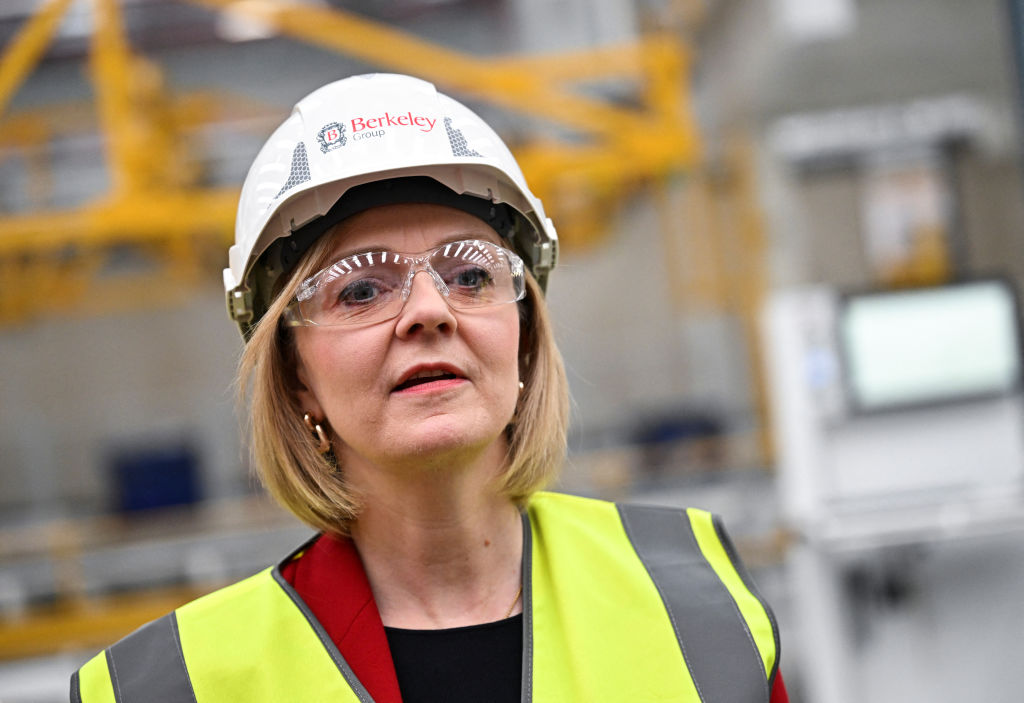 NORTHFLEET, ENGLAND – SEPTEMBER 23: UK Prime Minister Liz Truss visits Berkeley Modular, on September 23, 2022 in Northfleet, England. The Chancellor has released its growth plan of some 30 measures including tax cuts and an energy price cap for businesses which comes at a time when the UK faces a cost-of-living crisis, recession, soaring inflation and climbing interest rates. (Dylan Martinez – WPA Pool/Getty Images)

New UK Prime Minister Liz Truss’s early missteps have prompted turmoil in her personal poll ratings, as well as financial markets, with a survey Friday finding half of Britons think she should resign.

Less than four weeks into the top job, and a week after the disastrous unveiling of a mini-budget that cut taxes for the wealthiest amid a cost-of-living crisis, 51 percent of people polled by YouGov said she should quit.

It represents a damning verdict on the latest Conservative leader, who succeeded Boris Johnson on September 6 after he resigned following a slew of scandals.

Truss beat former finance minister Rishi Sunak in a summer-long leadership contest, promising immediate tax cuts and a focus on driving economic growth amid predictions of a recession in Britain.

But when new Chancellor of the Exchequer Kwasi Kwarteng unveiled their tax-slashing plans last week, they went further than many were expecting, abolishing the top rate of income tax and lifting a cap on bankers’ bonuses.

It led to immediate turmoil in the financial markets, with the pound dropping to its lowest ever level against the dollar.

Days later, the Bank of England was forced to make an emergency intervention to stabilise the situation, amid fears of a collapse in UK pension funds.

Opposition politicians, independent analysts and even some Tory lawmakers have assailed the plans as reckless and counter-productive.

Instead of defending the proposals on the airwaves, Truss remained silent for nearly a week, before emerging Thursday to do a mammoth round of BBC radio and regional television interviews.

Her belated attempt to defend the plans were widely panned as disastrous, as the Tory leader struggled to justify aspects of the package and the clear fallout from them.

The YouGov poll of 4,918 adults, conducted on Friday following the interviews, found just a quarter of the public thought she should remain in Downing Street.

More than half also thought Kwarteng should go.

Just three percent said the mini-budget had the right ideas and was communicated well.

Meanwhile, another poll Friday by Ipsos found half of the people now expect Labour leader Keir Starmer to become prime minister, up from 38 percent in May.

Only 18 percent said Truss was doing a good job in that survey.