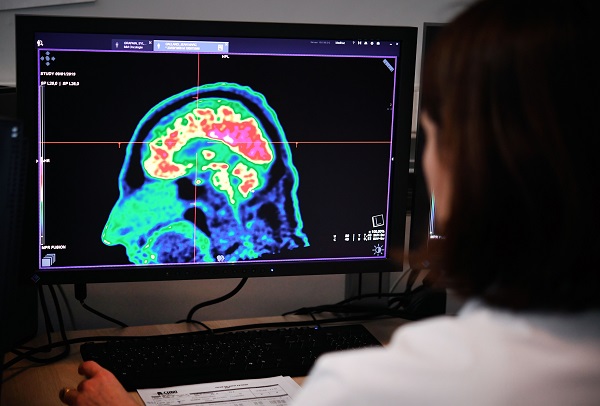 “Our findings are exciting as they show that we can take action to try to offset our genetic risk for dementia,” said Elzbieta Kuzma, a researcher at Britain’s University of Exeter who co-led the study (Photo: FRED TANNEAU/AFP/Getty Images).

LIVING healthily with a good diet and regular exercise may help people with a higher genetic susceptibility to dementia to offset the risk of developing it, according to recent research.

The risk of dementia was reduced by 32 per cent in people with a high genetic risk if they had followed a healthy lifestyle, compared to those who had an unhealthy lifestyle, the study, published in the medical journal JAMA on Sunday (14), found.

People with high genetic risk and an unhealthy lifestyle were almost three times more likely to develop dementia than those with low genetic risk who also lived healthily.

“Our findings are exciting as they show that we can take action to try to offset our genetic risk for dementia,” said Elzbieta Kuzma, a researcher at Britain’s University of Exeter who co-led the study.

Dementia – a brain-wasting disease – affects around 50 million people globally, with nearly 10 million new cases annually – a figure that is set to triple by 2050, according to the World Health Organization.

Kuzma’s team analysed data from almost 197,000 adults of European ancestry who were aged 60 and older. They found 1,769 cases of dementia over a follow-up period of eight years and grouped those cases into people with high, medium and low genetic risks for dementia.

Non-smokers who took regular exercise and had a good diet with moderate alcohol intake were considered to have the healthiest lifestyles – and these people were found to have reduced their risk whether they were in high, medium or low genetic risk groups.

David Llewellyn, also of Exeter University, said the findings held an important message that undermined what he described as “a fatalistic view of dementia”.

“Some people believe it’s inevitable they’ll develop dementia because of their genetics,” he said. “(But) you may be able to substantially reduce your dementia risk by living a healthy lifestyle”.

Why older fathers might pass on more mutations to offsprings, study finds answers