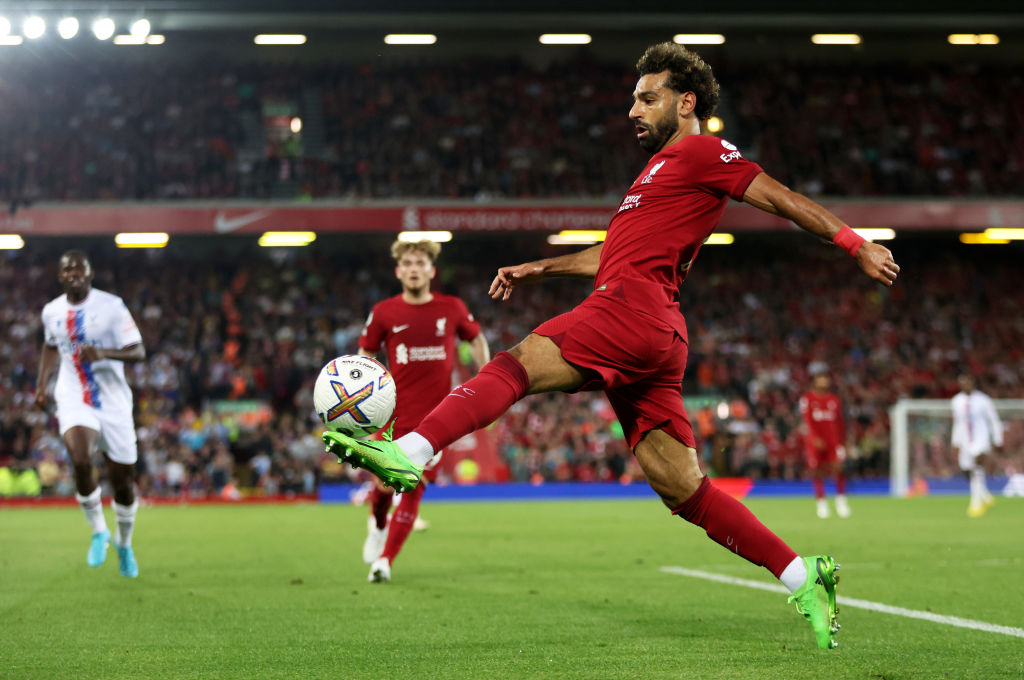 Mohamed Salah of Liverpool controls the ball during the Premier League match between Liverpool FC and Crystal Palace at Anfield on August 15, 2022 in Liverpool, England. (Photo by Clive Brunskill/Getty Images)

For the football experts, the Premier League always had something to offer but the tournament now has also drawn the financial pundits.

New figures from Deloitte said combined revenues from the league had gone up to £4.9 billion in the first full season played after the  outbreak of the Covid-19 pandemic, PA Media reported. And this would make the clubs feel optimistic.

Key findings from the financial firm’s 31st Annual Review of Football Finance revealed that the figure went up by eight per cent for the 2020-21 campaign, after slumping from £5.2 billion to £4.5 billion the year before in the wake of the pandemic. It was said that revenues for the top sides are likely to hit £5.5 billion for the 2021-22 season and £6bn a year later, eclipsing even the pre-Covid figures.

The report, which came out on Thursday (18), said recovery could be seen across the combined football market in Europe with the overall revenue going up by 10 per cent to €27.6 billion (£23.3 billion) despite the fact that games were played in almost empty venues in that period. The uplift was made possible mainly by deferred broadcast revenues and a successful Euro 2020 tournament which was rescheduled in 2021.

The “big five” European leagues – the Premier League, Germany’s Bundesliga, Spain’s La Liga, Italy’s Serie A and Ligue 1 in France – grew by three per cent to €15.6 billion (£13.2b billion).

Yet the English league, which generated just £31 million in matchday revenue, was the only one of the five divisions that saw the clubs improve their total operating profits, which cumulatively increased from £49 million to £479 million. Excluding the Premier League, total operating losses for the “big five”, were up from €461 million to €901 million.

“At Premier League level, if you look purely at the revenue generated by the clubs then you would say that the message is over-archingly positive in terms of how they’ve come through the pandemic,” he said.

“Obviously it has been a shock to the overall business model of the clubs and they’ve had to adjust and work in slightly different ways.

“But as we look at the financial reports of the Premier League clubs to get through this they haven’t had to take on significant amounts of external debt, they haven’t had to hamstring themselves in ways in which maybe other clubs around Europe or some of the Championship clubs have had to. While there are still going to be challenges ahead, all those Premier League clubs they can now look forward with optimism for what’s to come.”