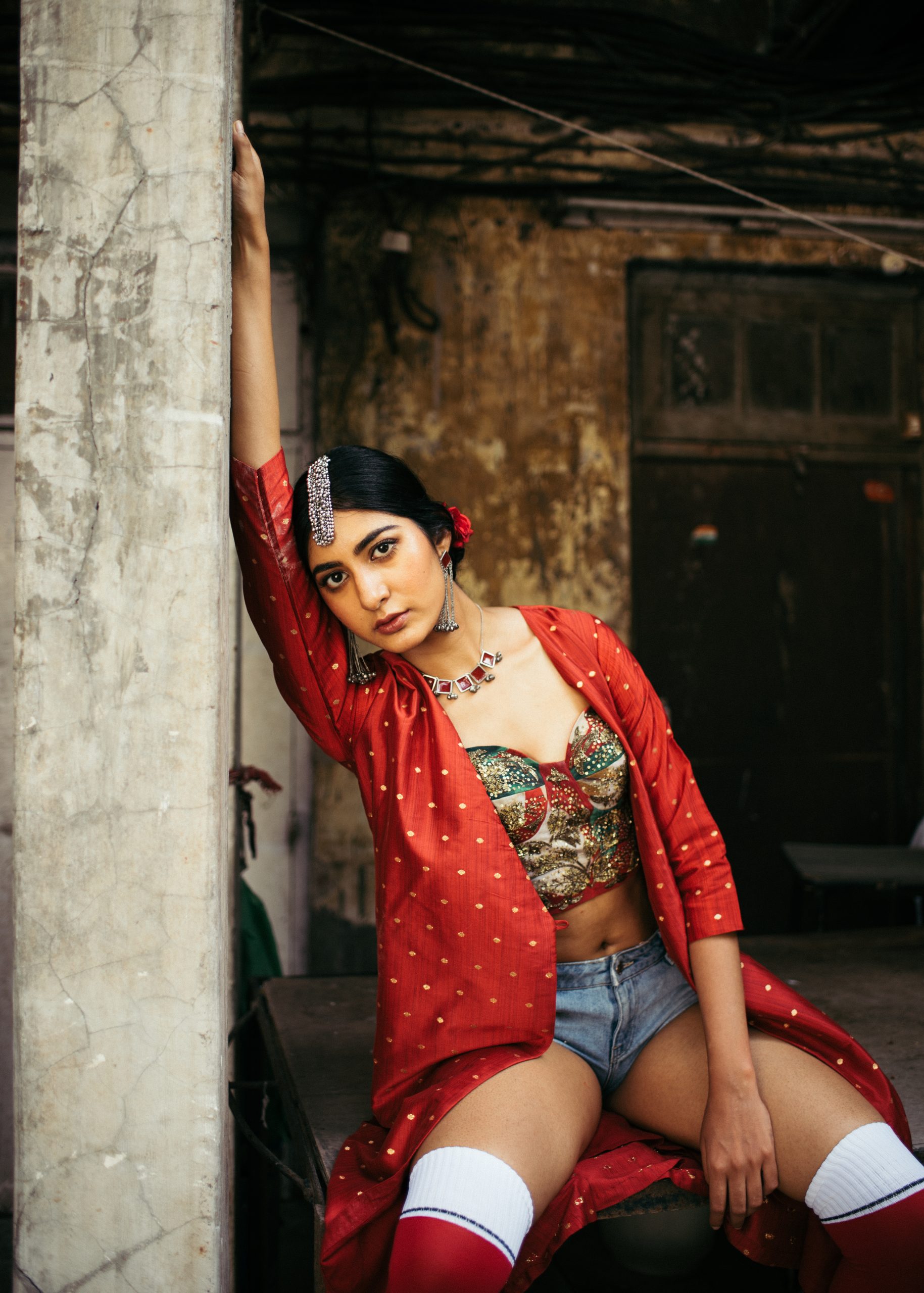 SAMRIDHI DEWAN ON HER ANTI-HERO ROLE AND ART OF LYING

Samridhi Dewan has followed up winning performances in acclaimed web series Imperfect and an Indian version of The Office, with one of this year’s most interesting roles in Good Bad Girl.

She plays a woman, prone to lying in the dark comedy-drama series, whose life spirals out of control. She has taken playing another lead role in her stride with the unpredictable character, in the recently premiered Sony LIV series.

Eastern Eye caught up with the versatile actress to discuss Good Bad Girl, the art of lying and why she doesn’t feel any pressure while playing the central character.

How do you reflect on your acting journey?
It’s been slow but when I look at my IMDB I feel very proud of what’s on there. Getting the good work is always hard but doing it has always been smooth and felt very satisfying.

How did you feel being offered Good Bad Girl?
I couldn’t believe they gave it to me. I thought the part would go to someone more established and famous. I was elated! And I recognise that taking someone newish like me would’ve been a big decision at their end, and I’m so grateful they took that chance.

Tell us about the series and character you play?
The show is about Maya Ahuja. She has had an interesting life, which has been hard for her. But you find her at a point where she’s doing well at work, but also possibly tackling a disease. You see the decisions she makes, which are questionable, and how she tackles obstacles. You see her childhood and college days also as parallel tracks. I feel like the series isn’t one genre even though we do categorise it as a dark comedy. There’s a lot going on. Maya is an anti-hero, female character driving the show. So, it’s been interesting to watch how people respond to her.

What was the biggest challenge of playing this role?
To have the growth from Maya in college to Maya in the present in place. And also, to do a fair bit of guess work in her journey because between college and now, there is a gap we don’t really see in the show, as it’s not written in.

Is she a good or bad person?
Is anybody only good or only bad? Maya has flaws and can struggle but I don’t think her intention is to bring someone down randomly. It’s always provoked. She definitely isn’t the person who would get slapped and then show the other cheek. She gets slapped and then punches hard. And, of course, that’s not ideal, but I don’t think she’d be the first to inflict harm.

What is your favourite moment from the series?
There is a reconciliation with family that happens later in the series. It means everything to Maya. I think that’s a wonderful moment so maybe my
favourite as well.

Did playing the lead role put pressure on you?
Not at all. I have played the lead before as well in a web show called Imperfect. I don’t think that I felt pressure at all and that usually has a lot to do with the team. They had a very collaborative nature, so I never felt like I had to go and prove something.

Your character in the series lies a lot, but what are your lying skills like in real life?
(Laughs) I am a really bad liar.

Has telling a lie ever got you out of trouble in real life?
Not very big trouble. But I think it could if you did it well. It’s risky though. Getting caught can be very embarrassing.

Has this show taught you how to tell a lie convincingly?
I found myself being snappy and sometimes crass, and saying things I usually wouldn’t in real life, especially in the period we were filming. I definitely shocked and offended a friend too once and realised I said something very unlike me. Now that they’ve watched the show, they get it and see why that may have happened.

Looking ahead, do you have a dream role?
I would like to be very versatile. I’d love to be in an action film.

What inspires you?
Anybody who is able to make lemonade from lemons. That’s the saying, right? When life gives you lemons, make lemonade. People who are able to do that are definitely inspiring.

Why should we all watch Good Bad Girl?
It’s a show unlike any other in the Indian web space. It takes you through the journey of a delightfully unapologetic character, and I think you will have fun being a part of her world.