If you are original, you will be around: Usha Uthup on her longevity 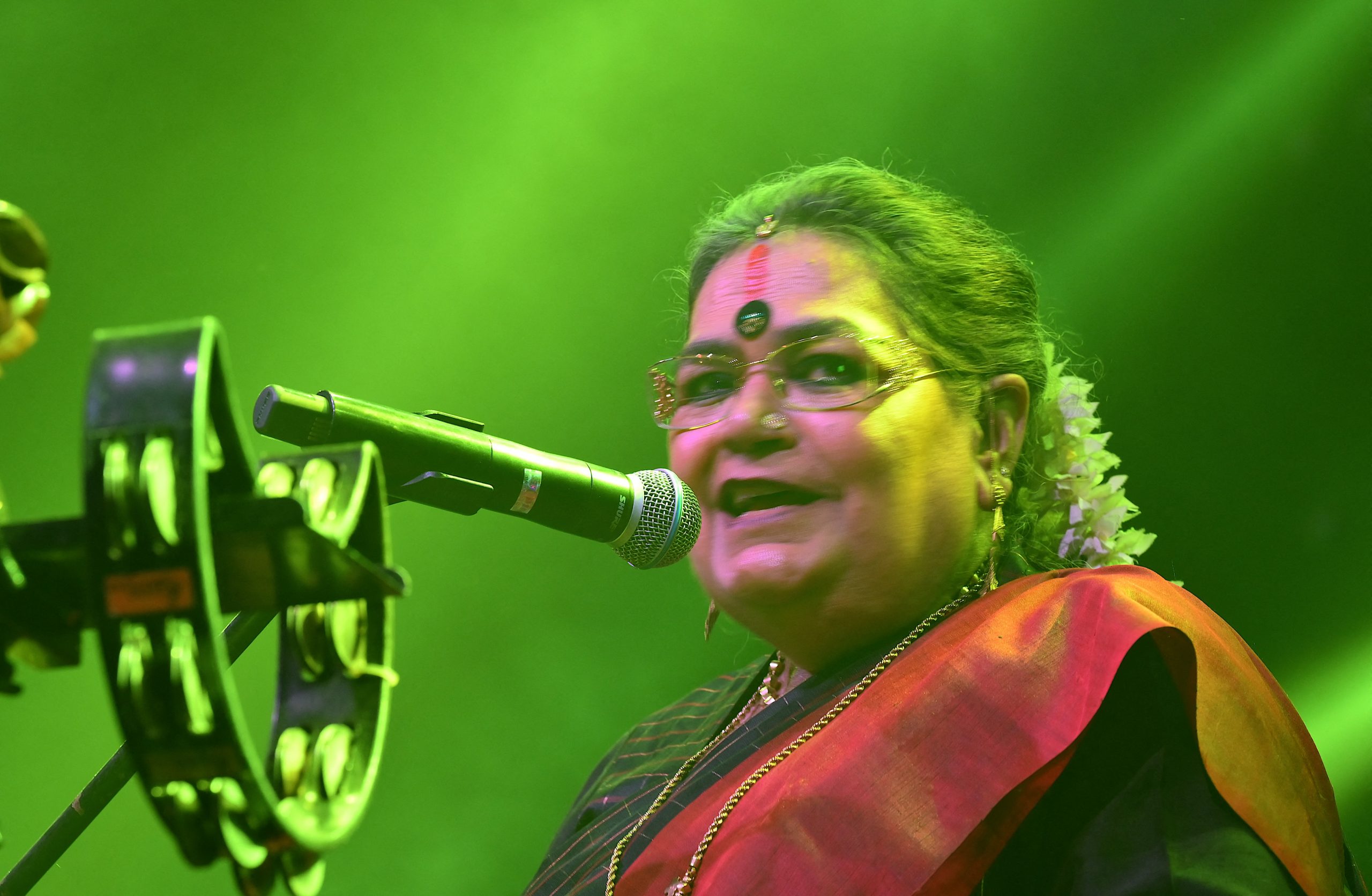 Pop legend Usha Uthup believes it is important for singers to maintain their originality as that’s what sets one apart from the crowd.

Speaking on the sidelines of the ongoing Jaipur Literature Festival, Uthup, who is known for her distinctive voice and trademark style of ‘bindi’ and saree, said one has to constantly reinvent to stay relevant.

“For me, the important thing is to make time your friend. You have to maintain your identity because it’s not how good or bad a singer you are, but how original you are.

“If you are original, you will be around. Only the good remains, rubbish gets sieved out, and if your identity is original, it will be there,” Uthup said replying to a question from PTI.

The 75-year-old singer, whose songs such as ‘Hare Rama Hare Krishna’, ‘Rambha Ho’ and ‘Koi Yahaan Nache Nache’ are popular even today, said one has to move with the times.

“If you think you can race against time, it’s not going to happen. You have to reinvent yourself. If I have sung ‘Shaan Se’ or ‘Ramba Ho’ three million times before, if I sing it today, I have to sing in a way that would attract the young generation.

On a question whether she believed Hindi cinema music was on the decline, Uthup said that was not the case.

“Don’t feel bad that it is going down or anything like that because it’s not going down at all. Let it all come in, the good stuff will remain and the bad stuff will automatically go. The more you think that ‘oh songs were so good in the old days…’ But who said that? It was the audience.

“In those days, RD Burman was not thought of as a good composer at all. Today, his music is the most mixed and remixed. Why did ‘Suhana safar’ become such a big hit? It’s not only because the lyrics were fantastic or the music was good, it had Dilip Kumar,” the singer recalled.

Uthup, who has recorded hundreds of albums in different languages and is a Padma Shri Award-winner, believes that a song is much bigger than the film or the voice behind it.

“The song is much bigger than the singer. Instead of saying old film songs were so popular. What was ‘Eeena Meena Deeka’? Today, it’s a classic. ‘Hari Om Hari’ is a classic. A song has to be given a certain amount of time.

“If you give it time, it will become a classic. If people don’t like it, it’s going to be lost anyway. Today’s singers, composers, and lyricists are also fantastic. Everybody sings ‘Pal’ of KK or ‘Bulleya’,” she said.

The JLF will come to an end on January 23.