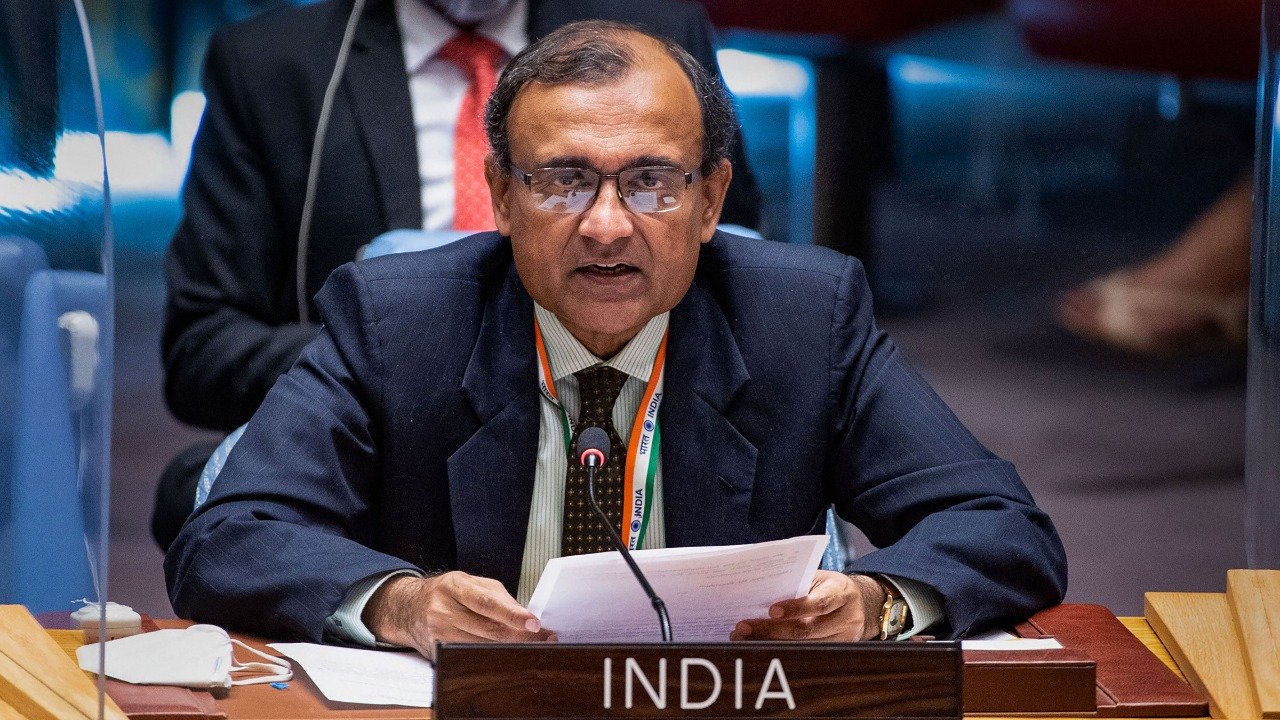 INDIA’s abstention on the UN Security Council Resolution over Russia’s aggression in Ukraine is a significant yet surprising decision.

Given that India has moved so much closer to the US by joining the Quad, is actively negotiating the EU India Trade Treaty and that Indian stock markets are receiving lot of FDI (foreign direct investment) and FII (foreign institutional investment) from the West, to join with China at this vital moment is a crucial decision.

Of course, India’s Ministry of External Affairs (MEA) and the prime minister know best how to protect and promote India’s interests. The rest of us can only look and comment.

Sitting in London, it surprises me. Last Friday (25), the House of Lords had a wide-ranging debate on the Ukraine issue. (I was not among the speakers, but I listened).

One of the speakers mentioned that India had moved actively in the forex markets which was interpreted as trying to soften the blow of financial sanctions on Russia. The person who said this urged the minister in charge to urge ‘friendly countries’ to help UK’s efforts to counter Russia. That was a gentle reproach to India.

It is not that this was a major comment. I draw attention to this to indicate that everyone here thinks India is a friend of the West. Of course, India was nonaligned during the Cold War days.

In one way the Cold War is back with hostilities on the border of NATO and the long peace of twenty years since the fall of the Berlin War is over. (The UN may also never recover its reputation after one Permanent Member of the Security Council committing aggression and another Permanent Member supporting it to veto the Resolution) As far as the discussions in London go, the atmosphere is extremely hostile to Russia.

India has surprised the world once before this year at Glasgow when it combined with China to delay the end of coal-burning as part of the Climate Change cure. This was clearly in India’s interest and China was happy to provide cover.

Thus the old habits of going your own way persist in India’s foreign policy. My fears are that as once before happened in the 1950s, India may come to regret this decision. This is because of two salient differences.

First is that while during the 1950s one could think of the Cold War as Left Right ideological division with the West imperialist/ colonialist and the East Communist/ Socialist,any such ideological pretensions have been abandoned by Vladimir Putin’s Russia.

The invasion of Ukraine is a nakedly imperialist move to bring Ukraine back to its early Czarist/ Stalinist past.

But more important than that ideological point, India is still at war, a slow, silent war no doubt, with China. It is undeniable that China covets Arunachal Pradesh and wants to take back the land south of the MacMahon Line which used to be part of Tibet before the British under Curzon added it to India (ironically as a defence against Czarist Russia’s move towards a saltwater port on the Arabian Sea – the so-called Great Game).

Nothing may come of it and China may yet become friendly with India. But as someone who grew up during the 1950s shouting Hindi Chini Bhai Bhai, I tend to distrust China. President Xi Jinping has openly said he wants to restore China’s position as the top power as it used to be back in 1800.

He, like previous Chinese emperors, has a long memory. His vision requires recovering not just Taiwan, but the entire territory the British took away from Tibet in a treaty which China refused to sign. That was just a hundred or so years ago.

I hope once again that I am wrong. The prime minister and MEA know more and know better. Putin will beat up Ukraine and absorb it back in USSR as he wants Russia to be again. He will continue to invade more countries formerly in USSR which have drifted away, many of them in Central Asia, on India’s northern borders.

But if even in the remotest chance I am not, the costs in terms of loss of soldiers’ lives and territory is impossible to contemplate with equanimity.