WATCH: Indian cops halt overspeeding auto-rickshaw with 27 people: ‘Who is the driver?’ 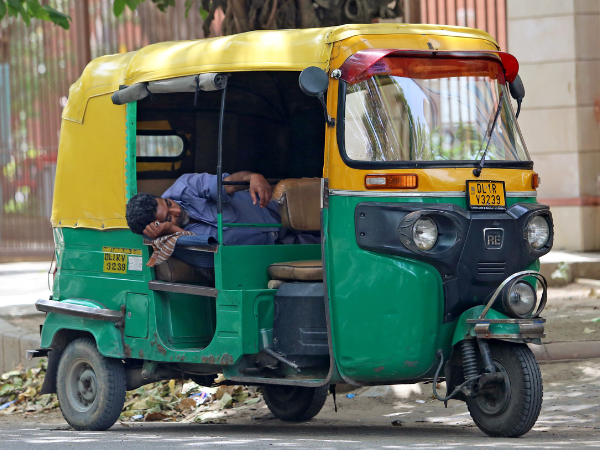 POLICE officers in a town in the northern Indian state of Uttar Pradesh — the country’s most populous one — were shocked to see an auto-rickshaw, a three-wheel commercial vehicle — carrying as many as 27 people of different ages.

A video tweeted by a journalist showed the passengers — from children to the elderly — getting down from the auto-rickshaw after it was stopped by the police in Fatehpur went viral on social media. A policeman was seen counting each passenger as they disembarked. One of the officers was heard asking who was the driver as it was easy for him to hide among so many people he was carrying.

In UP's Fatehpur, an auto rickshaw ferrying 27 commuters was stopped by the local police during a check. The auto was later seized. pic.twitter.com/hez49t9eJS

An auto-rickshaw, often called an unstable vehicle, can generally carry three persons. Some are equipped to take up to six passengers. They fit themselves in between buses, a cheaper mode of transport, and taxis — an expensive mode — and are immensely popular with India’s middle-class. Auto-rickshaws are in fact a popular mode of transport in a number of South Asian and Southeast Asian nations were they are also known by the name of ‘tuk tuk’.

Media reports said when the police tried to stop the auto-rickshaw for going too fast, its driver tried to speed away. The cops then chased it and forced the driver to stop.

The police were “shocked to see over two dozen passengers inside”, Rajesh Kumar, superintendent of police in Fatehpur, told the Times of India newspaper. The vehicle was seized for overspeeding as well as overloading.

The autorickshaw has been seized for violating the speed limit and for being overloaded.

The video of the incident received funny reactions from several viewers, some of whom said that it deserved to be a “word record”. Others said it exposed flaws in India’s transportation system. One even refused the believe the video saying it was fake.

The United Nations said in a report this week that India is set to overtake China to become the world’s most populous country in 2023.

Its so fuel efficient. There are 1 billion people to be ferried each day and fuel cost being so affordable, India must encourage such tricks.

Lol. He was stopped for speeding 🤣🤣🤣

Why seized? This driver is helping the environment by conserving oil. Consumers get reduced fair while benefiting the driver.
About safety, there are many other factors on the road as well that make it dangerous, not just cramming in this vehicle. He will be more careful usually.

The auto needs to be auctioned and put it in a museum.