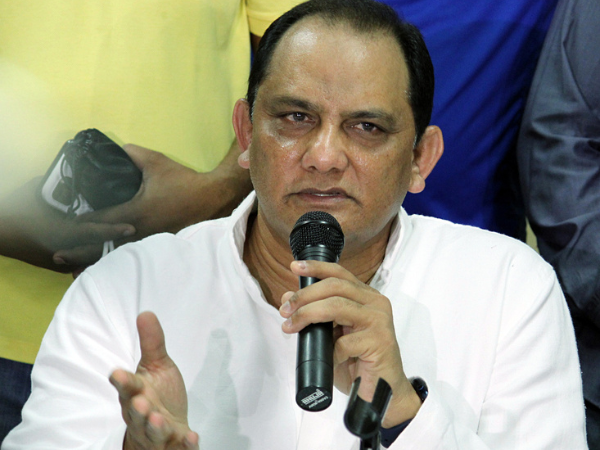 The stampede-like situation at Gymkhana Grounds in Secunderabad in the southern Indian state of Telangana on Thursday (23) snowballed into a major controversy after Hyderabad Police filed a case against the Hyderabad Cricket Association (HCA) for the chaos that left a number of fans injured.

Several thousands of Indian cricket fans assembled at the venue after the cricket body announced to sale physical tickets for the India-Australia T20 international match at the Rajiv Gandhi International Cricket Stadium in Hyderabad on Sunday (25) but because of an alleged lack of proper arrangement, there was a complete disorder which eventually led to the police resorting to force to disperse the crowd. Many got injured in the police action as well.

Former India cricket captain Mohammed Azharuddin, who heads the HCA, defended his body saying it was not at fault for the chaos. On Thursday evening, he said sitting next to Telangana sports minister V Srinivas Goud, who sought a report, that conducting a match is not as easy as sitting in that room and talking. He said the HCA was with the injured fans and would take complete care of them, NDTV reported.

“I will give a complete report on the sale of tickets, availability and other details to the minister, and he will tell you what is correct and what is wrong,” Azharuddin, 59, further said.

“There are going to be problems. Yes, the public wants to see the match after a three-year gap. But, again, not all of them can do it,” he added.

“We have nothing to hide. But, at the same time, we have to make sure the game goes forward,” he said.

It is the first international match to be held in Hyderabad since 2019.

Meanwhile, chaos prevailed for the second consecutive day at the Gymkhana Grounds on Friday as fans who booked tickets for the match online had to return dejected.

Those who had bought tickets on Paytm app for the T20 match gathered at the Secunderabad venue to take physical tickets. They were reportedly informed by the HCA to collect the tickets after showing the QR code along with an identity proof and photograph. But the fans alleged that when they reached the ground, the police personnel present there did not allow them even after they showed them the required documents.