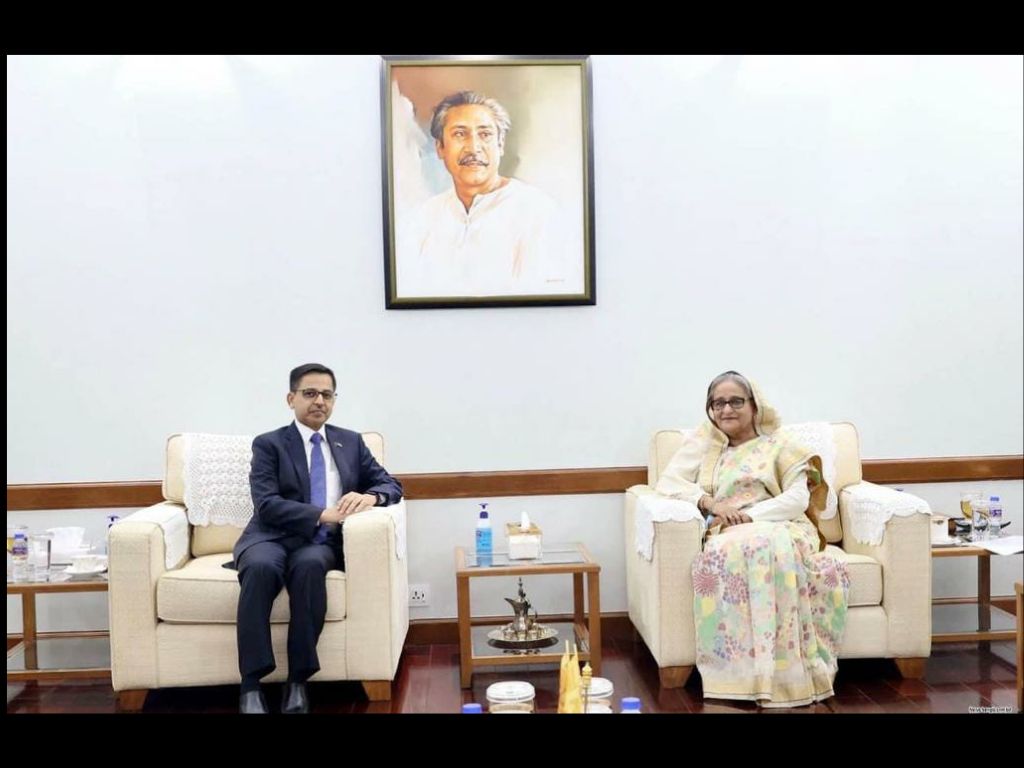 Pranay Verma, the newly appointed Indian high commissioner to Bangladesh, on Wednesday (30) called on prime minister Sheikh Hasina in Dhaka and had a talk that featured pledging to work together to curb terrorism in the region.

“India has a policy for neighbouring countries. But Bangladesh gets the highest priority. Bangladesh always gets priority in any case,” Verma was quoted as saying by a spokesperson of the prime minister’s office (PMO) during his meeting with Hasina at her official Ganabhaban residence in the Bangladeshi capital.

Calling Bangladesh “a very good friend” of India, Verma said the two countries will work together to weed out terrorism in the region.

Supporting the envoy’s remarks, Hasina said Bangladesh has vowed not to allow terrorists to use its soil.

“(The ruling) Awami League never ever pampers terrorism and it never allows the use of Bangladesh soil for the purpose,” she said.

The leader, daughter of Bangladesh’s founding father Sheikh Mujibur Rahman, said her government believes that terrorism has no religion and boundaries.

Hasina said she believes that Bangladesh and India could resolve all outstanding issues, including Teesta river water-sharing, through dialogue.

According to the PMO spokesperson, Verma told Hasina that bilateral trade and connectivity increased remarkably in recent times, while the prime minister said she expects Indian businessmen to invest in Bangladesh’s economic zones.

The envoy said India is willing to cooperate with Bangladesh in power and energy sectors. He appreciated the socio-economic development of Bangladesh under the visionary leadership of Hasina, the PMO spokesperson added.