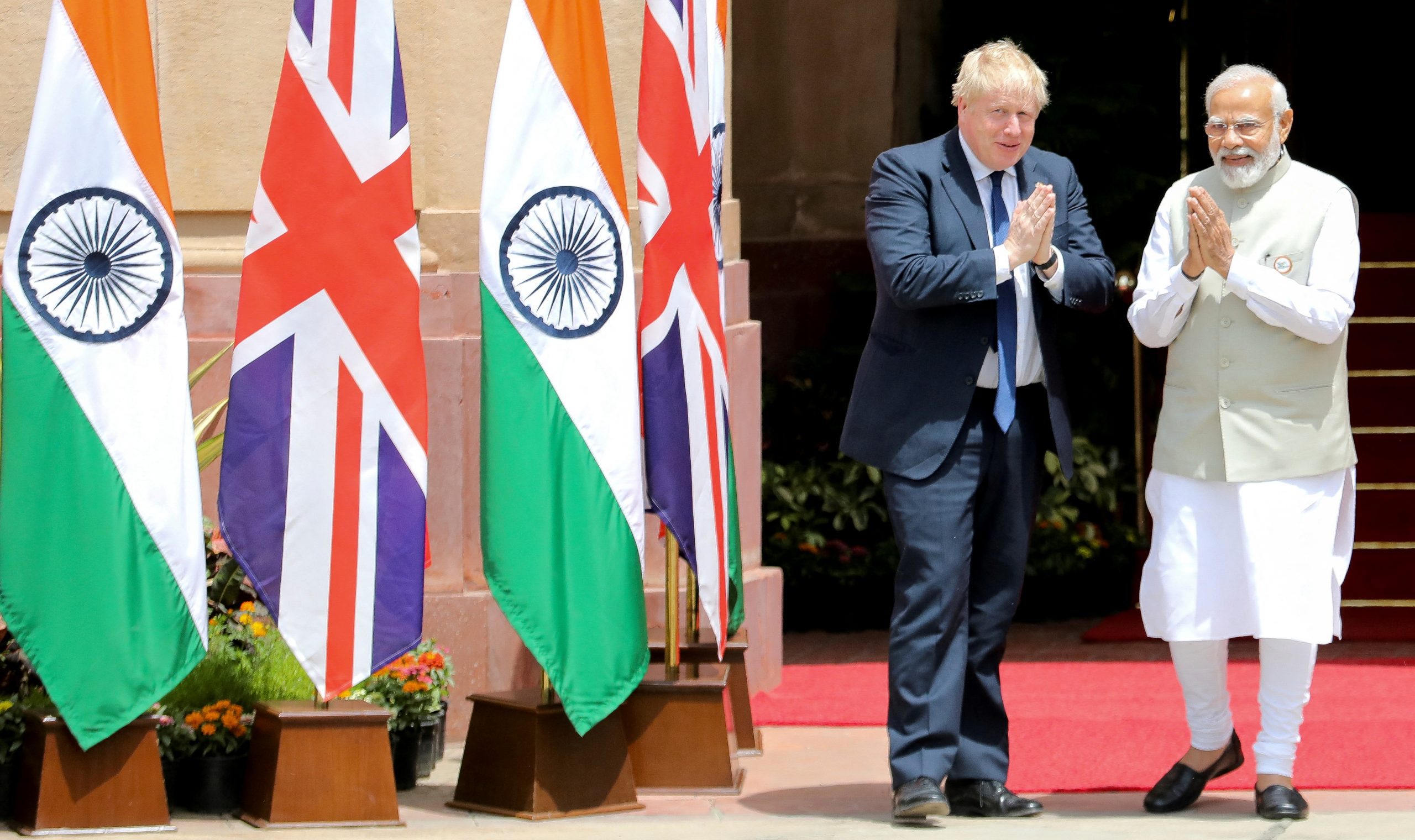 I HAVE been present in India with every UK prime minister since 2005 – from Tony Blair, Gordon Brown and David Cameron to Theresa May.

Being in India last week with Boris Johnson and with Indian business leaders was a crucial visit. It was the first UK prime ministerial visit in five years, far too long a gap, but, of course, we had the pandemic.

Johnson met India’s prime minister Narendra Modi and announced investment deals worth £1 billion, creating 11,000 jobs across the UK – from satellites to AI to electric vehicles. However, we are just scratching the surface – UK-India bilateral trade was around £24bn pre-Covid in goods and services. By comparison, the UK’s bilateral trade with China is almost £100bn.

We have a target doubling bilateral trade with India by 2030, however, with a new Free Trade agreement (FTA) being negotiated with India we should be able to do much more. The prime minister’s visit was crucial and timely in the midst of these FTA negotiations. Both he and Piyush Goyal, India’s minister for commerce and industry, said they were confident in completing the FTA by Diwali.

This should be possible, and the Confederation of British Industry (CBI) has been instrumental in helping complete the UK-Australia and UK-New Zealand FTAs. The Australia FTA is one of the most comprehensive and modern FTAs in the world and it was negotiated and completed in just over a year.

India has just concluded an FTA with the UAE in fewer than three months and India has also completed a trade deal with Australia very rapidly. Both countries have shown they can negotiate trade deals at speed – where there is a will, there is a way.

There are plenty of prizes up for grabs across sectors. In renewables, an FTA could potentially lower tariffs on wind turbines parts that are currently as high as 15 per cent. Given India’s plans to install 175GW of renewable energy capacity by 2022, and much more in the coming decades, this presents British businesses with a real opportunity to help the planet while still turning a profit. In other sectors, removing duties alone would increase exports to India by up to £6.8 billion, supporting tens of thousands of jobs across the UK. Important UK exports like Scotch whisky and cars currently face significant duties of 150 per cent and around a 100 per cent, respectively.

British firms are at the forefront of innovation. India is a huge exporting destination for UK’s innovative products and an Indian IP regime which aligns with the UK’s can enable this partnership even further. Encouraging the free flow of data across borders with India and ensuring that localisation requirements enable UK businesses to deliver cutting edge technologies and undertake research and development is paramount.

The UK points-based immigration system is now more open to Indian workers than previous visa routes. And there is much more to achieve. For our services sector, in particular, mobility is crucial as they rely on the movement of professionals across borders to help seal deals and complete projects. Businesses will be looking for the government of India to extend business visitor period from 90 to 180 days, like India has agreed with the other South-East Asian states.

The UK and India have the huge advantage of the living bridge of 1.5 million people of Indian origin living in the UK, its most successful ethnic minority.

During the visit, Johnson made friendly statements with regards to visas, acknowledging that there are labour shortages in the UK and that skilled Indian workers would be welcome and required. Indian doctors and nurses are the backbone of the NHS, for example, and given there are huge shortages, further migration can really help. With the newly re-launched two-year post graduation work visa, the number of Indian students coming to the UK has rocketed and will continue to do so. The total number of international students has already crossed 600,000 and as co-chair of the All-Party Parliamentary Group on International Students, I suggest the target should be one million by 2030 and an increasingly huge proportion of this will be from India.

But a trade deal is not the be-all and end-all. Net trade is currently acting as a drag on UK growth. While the UK has world-leading goods and services, currently fewer than 10 per cent of British companies sell overseas. Our exports are equivalent to around 27 per cent of UK GDP; in Germany that figure is 43 per cent. This isn’t good enough. This week the IMF downgraded the UK’s economic forecast for the year ahead. Trade can act as an antidote to sluggish growth, as evidence shows exporting success is crucial in raising productivity performance, creating internationally competitive regions and high-paying jobs. All efforts must now be focused on expanding the UK’s global trade footprint.

Johnson’s visit also focused on defence and security ties which are important, particularly given the UK’s recently published Integrated Review of Security, Defence, Development and Foreign Policy, which stated a deliberate tilt of focus on the Indo-Pacific. I have suggested that the UK should join QUAD – the alliance made up of Indian, Japan, Australia and the USA.

With ever closer trade, defence, security and mobility ties, the UK India relationship is going to prosper in leaps and bounds.