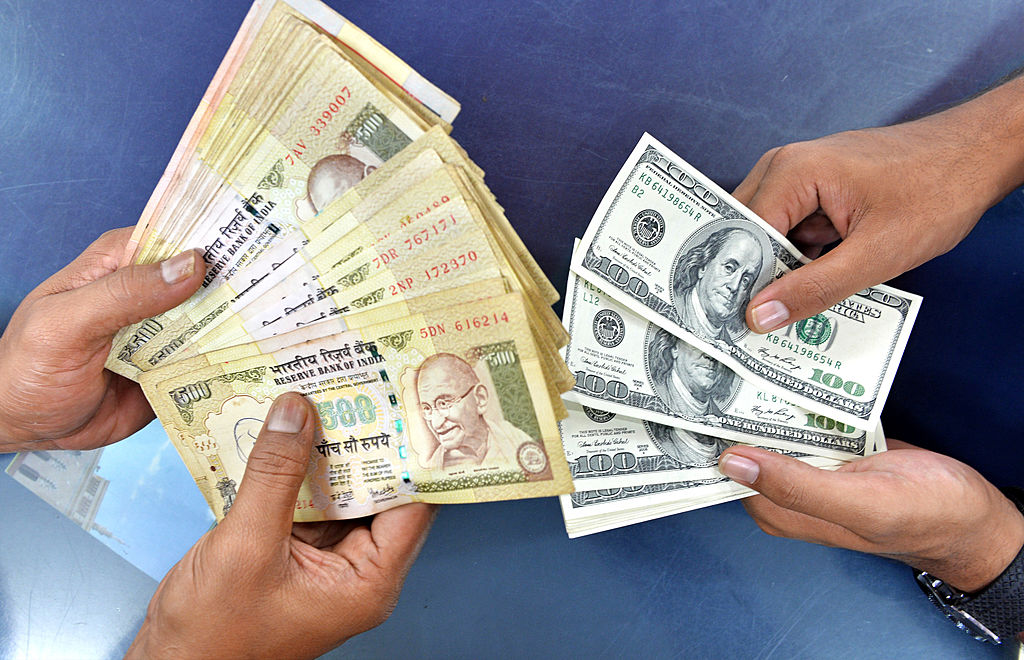 Indian customers at a foreign exchange outlet pose for a photo as they exchange Indian rupees for US dollars. (Photo by Manjunath Kiran/AFP via Getty Images)

Here are some news in brief related to Indian economy and business for Saturday, August 6, 2022:

The Governing Council of the government think tank Niti Aayog will meet on Sunday (7) under the chairmanship of prime minister Narendra Modi to deliberate on crop diversification, self-sufficiency in oilseeds and pulses production, digital agriculture, urban governance and implementation of the National Education Policy, the Hindu BusinessLine reported. The Council will finalise a roadmap and an outcome-oriented action plan on the issues which were chalked out during the national conference of chief secretaries held in June.

Indian carrier Vistara on Saturday said it has taken a Boeing 787-9 Dreamliner aircraft on lease, which will help the airline increase its number of flights to Frankfurt and Paris, the Press Trust of India reported. This is the first Dreamliner plane taken on lease by Vistara. The private carrier already has two Dreamliner aircraft, which were purchased from Boeing, in its fleet. Vistara had to take the plane on lease because Boeing has not delivered four more Dreamliner planes to it for two years.

India’s agricultural and processed food products exports rose by 31 per cent to $7,408 million (£6,136 million) in the first three months of the current financial year, as per the official data released on Saturday, Asian News International reported. According to the provisional data released by the Directorate General of Commercial Intelligence and Statistics (DGCI&S), the overall export of APEDA products increased to $7,408 million in April-June 2022 from $5,663 million (£4,690 million) over the same period of the last fiscal. The export target for April-June 2022-23 was fixed at $5,890 million (£4,879 million).

India’s income tax department has conducted raids at 40 premises in the southern state of Tamil Nadu, located in Chennai, Madurai, Coimbatore and Vellore belonging to certain producers, distributors, and financiers associated with the film Industry, the Central Board of Direct Taxes (CBDT) said on Saturday, ANI reported. The search and seizure operations were carried out on Tuesday (2). During the course of the search operations, several incriminating documents and digital evidence etc., relating to unaccounted cash transactions and investments have been seized. Secret and hidden premises have also been unearthed during the search, the CBDT said in a statement.

Lick Nails, India’s premium press-on nail brand, have now made their products available in over 15,000 salons in 50 cities all over India, ANI/PNN reported. The founder of Lick, Shweta Mathur, said, “You can get gorgeous nails in just 15 minutes with our press-on nail. With ten different size options, you don’t need to worry if your nails are smaller or bigger than regular.”