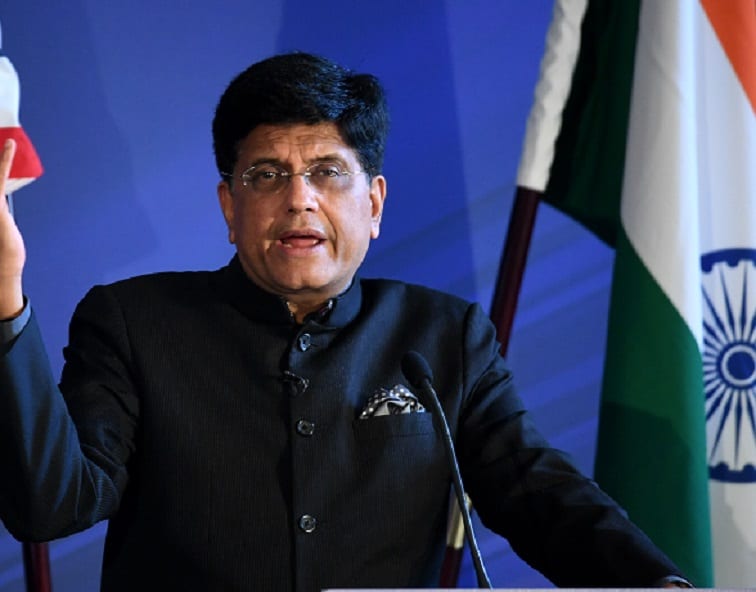 WITH India and the European Union (EU) formally resuming negotiations for proposed agreements on trade, investments and geographical indications (GI), Commerce and Industry Minister Piyush Goyal has said implementation of these pacts would help unleash the significant untapped potential for enhancing economic ties between the two regions.

India and the EU on June 17 formally resumed negotiations on the proposed agreements, after a gap of over eight years.          Goyal said they were here to relaunch the negotiations for a fair, equitable and balanced free trade agreement (FTA) between the EU and India.

“We have our teams in place…It will further strengthen our relations. Our bilateral trade has grown significantly in the last few months…There is a significant untapped potential which we will hope to unleash with the execution of these three agreements — trade , investment and GIs,” he told reporters here.

India had started negotiations for a trade pact, dubbed the Bilateral Trade and Investment Agreement (BTIA), with the 27-country economic bloc in 2007, but the talks stalled in 2013 as both sides failed to reach an agreement on key issues, including customs duties on automobiles and spirits, and the movement of professionals.

Asked about the key demands from the Indian side, Goyal said India wishes to engage with the world on modern products and look at areas where it can gain in terms of new technology and investments.   “All cards are on the table and we are coming with an open heart and an open mind… Agreements do not have to always be about gain or demands, I think agreements also have to be which is good for both negotiating teams and for the people,” he said.
He added that there was a time when India was “super sensitive” on issues like gender and sustainability, but in the last few years, the country has demonstrated to the world “very deep commitment on these subjects”.

“We are looking at technology, we are looking at long term larger finance and low cost in order to transition much faster on the sustainable side,” he added. European Commission Executive Vice-President Valdis Dombrovskis said both sides are aiming for an ambitious and comprehensive FTA.

When asked about the major demands of the EU on automobile, wines and sustainability issues, he said, “According to WTO (World Trade Organisation) standards, these kinds of agreements have to cover essentially all trade. There can be some specific exemptions…As regards sustainability, I will say no modern agreement in the EU is possible without ambitious trade and sustainable development chapters.”

“The next round of negotiations will take place from June 27 till July 1 in New Delhi. We are pursuing an ambitious timeline and we aim to conclude the talks by the end of 2023,” Dombrovskis said.

The EU and India are already major trading partners, with an annual trade of 120 billion Euros. The EU is India’s third largest trade partner, accounting for almost 11 per cent of Indian trade in 2021.

India is the EU’s 10th most important trading partner, accounting for just over 2 per cent of EU trade in 2021. This relatively small share of overall EU trade in goods points to a large untapped potential, he added.

India’s merchandise exports to EU member countries stood at about USD 65 billion in 2021-22, while imports aggregated to USD 51.4 billion.

A GI is primarily an agricultural, natural or a manufactured product (handicrafts and industrial goods) originating from a definite geographical territory.     Typically, such a name conveys an assurance of quality and distinctiveness, which is essentially attributable to the place of its origin.