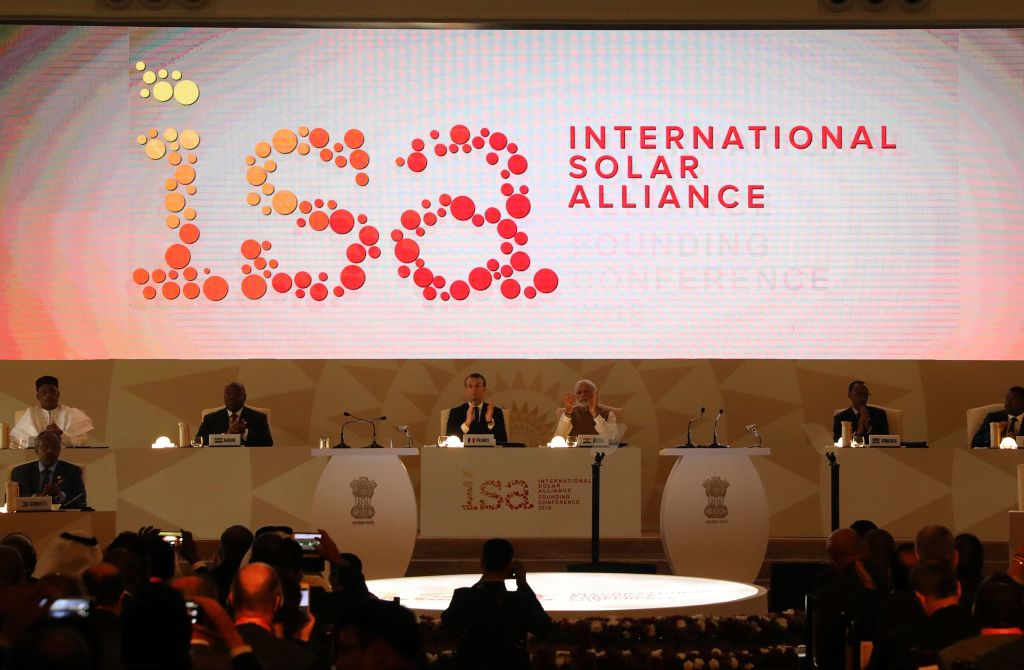 THE International Solar Alliance (ISA) led by India and the UN Framework Convention on Climate Change (UNFCCC) on Friday (12) signed a memorandum of understanding (MoU) at the COP26 (United Nations Climate Change Conference) summit, agreeing to collaborate and support nations in the implementation of an ambitious national climate action in line with international efforts.

Under the MoU signed by ISA director-general Ajay Mathur and UNFCCC deputy executive secretary Ovais Sarmad, the two institutions will work to jointly organise a set of activities to facilitate the implementation of mitigation action in the energy sector, implementation of Nationally Determined Contributions and Long-term Low Emission Development Strategies.

The agreement will also support the developing country stakeholders, including Small Island Nations and Least Developed Countries, to help in the adoption of policy options and approaches for decarbonisation technologies.

“To act against climate change and achieve Nationally Determined Contributions relating to emission reduction before the target date can be made possible by deploying solar and clean energy,” Mathur said.

“The UNFCCC has led from the front this climate challenge, and we are happy to partner, collaborate and endeavour to bring long-term, cost effective and impactful solutions,” he added.

The ISA is an inter-governmental treaty-based international body with a global mandate to catalyse global solar growth by helping to diminish the cost of financing and technology for solar.

The summit concludes on Friday.

Earlier in this week, the US joined the ISA as its 101st member country when US special presidential envoy for climate John Kerry signed the alliance framework agreement to catalyse global energy transition through a solar-led approach.