India now in league of US, UK in global financial sector: PM Modi 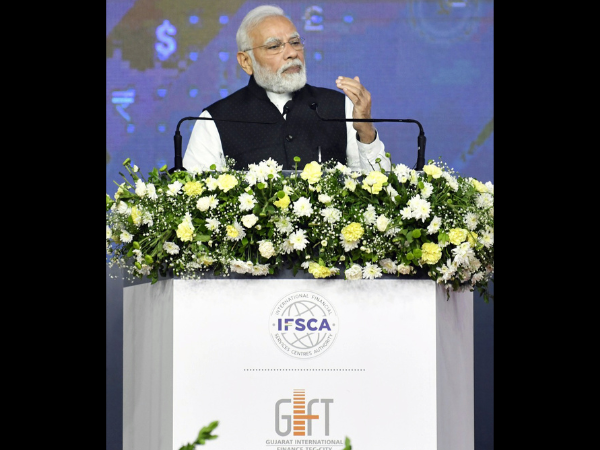 INDIA is among the biggest economies in the world and is now joining the league of global financial centres like the United States, the United Kingdom and Singapore, prime minister Narendra Modi said in Gandhinagar, the capital of the western state of Gujarat where he is on a two-day visit, on Friday (29).

Modi, who laid the the foundation stone for the headquarters building of the International Financial Services Centres Authority (IFSCA), said, “Today in the 21st century, finance and technology are linked to each other. And when it comes to technology, science and software, India has an edge and experience. Today India alone has 40 per cent share in real-time digital payments all over the world.”

He said that foreign direct investment (FDI) inflows into India have risen to a record high in recent years.

In the last eight years, the country has witnessed a new wave of financial inclusion. Even the poorest of the poor are joining formal financial institutions. Today, when a large population has joined finance, it is the need of the hour that government organisations and private players move together, he said.

Addressing the event at GIFT City, Modi said IFSCA will become an enabler and support innovation and also become a catalyst for growth opportunities.

At present, the GIFT IFSC is the maiden international financial services centre in India.