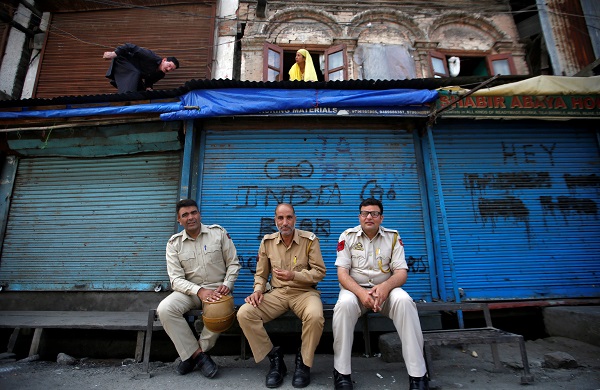 THE European Union on Thursday (8) called on India and Pakistan to re-open dialogue through diplomatic channels which is “crucial” to de-escalate tensions in Jammu and Kashmir, in the wake of the Indian government’s decision to revoke the region’s special status.

The Indian Parliament on Tuesday (6) approved a resolution abrogating special status to Jammu and Kashmir under Article 370 of the Constitution and a bill for splitting the state into two Union territories — Jammu and Kashmir, and Ladakh. Reacting to India’s move, Pakistan expelled the Indian envoy and downgraded its diplomatic ties with New Delhi.

The High Representative of the European Union for Foreign Affairs and Security Policy/Vice-President of the European Commission, Federica Mogherini, also reiterated the EU’s stance of backing a bilateral solution between India and Pakistan on Kashmir.

“In both calls, she underlined the importance of avoiding an escalation of tensions in Kashmir and in the region. To this end, dialogue between India and Pakistan through diplomatic channels is crucial,” noted a statement by the European Commission, the executive arm of the 28-member economic bloc.

“The European Union supports a bilateral political solution between India and Pakistan over Kashmir, which remains the only way to solve a long-lasting dispute that causes instability and insecurity in the region,” the statement adds.

The Commission said that Mogherini, an Italian politician who is in charge of foreign affairs for the EU, has agreed to remain in touch with both the Indian and Pakistani ministers.

Earlier this year, in the wake of the terrorist attack in Pulwama district of Kashmir which had led to a military standoff between India and Pakistan, the EU minister had issued a similar statement calling for the “resumption of diplomatic contacts at a political level”.
Early this year, tensions flared up between India and Pakistan after a suicide bomber of Pakistan-based Jaish-e-Muhammed (JeM) killed 40 CRPF personnel in Kashmir’s Pulwama district.  Amid mounting outrage, the Indian Air Force carried out a counter-terror operation, hitting the biggest JeM training camp in Balakot, deep inside Pakistan on February 26.

The next day, Pakistan Air Force retaliated and downed a MiG-21 in aerial combat and captured Indian pilot, who was handed over to India on March 1.