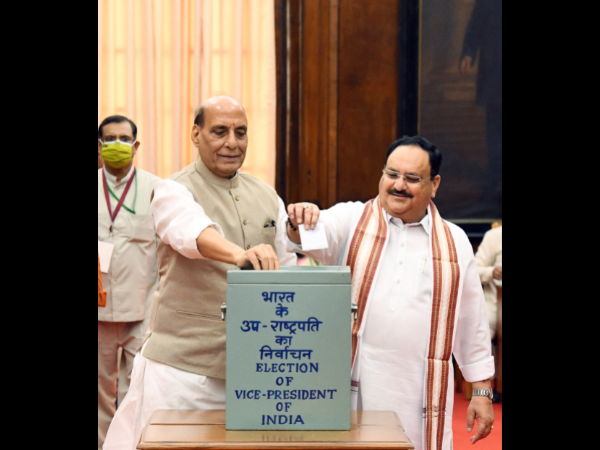 The opposition has fielded former governor Margaret Alva against Jagdeep Dhankhar, also a former governor who is backed by the National Democratic Alliance (NDA) led by the ruling Bharatiya Janata Party (BJP). The winner will succeed incumbent vice president M Venkaiah Naidu, who was elected in 2017.

ALSO READ: Droupadi Murmu sworn in as India’s first tribal president: ‘I was first girl from my village to attend college’

The polling started at 10 am local time and would continue till 5 pm local time. The votes will be counted on Saturday itself and the new vice president will take oath on August 11, a day after Naidu’s tenure concludes.

The vice president is India’s second-highest constitutional post and is elected through an electoral college consisting of members of both the Houses of the parliament.

While parties such as Janata Dal (United), YSR Congress, Bahujan Samaj Party, All India Anna Dravid Munnetra Kazhagam and Shiv Sena have expressed their support for Dhankar, the Aam Aadmi Party, Jharkhand Mukti Morcha and Telangana Rashtra Samithi have backed Alva. The Trinamool Congress, one of India’s major opposition parties, has decided to abstain from voting.

The NDA recently saw its candidate Droupadi Murmu winning the presidential election defeating Yashwant Sinha who was fielded by the opposition.