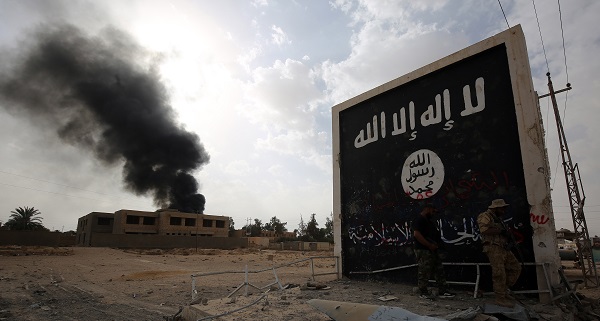 The raids in Coimbatore, Tamil Nadu state, came after the arrest in April of an Indian national who allegedly followed Zahran Hashim, the ringleader of the Sri Lanka Easter suicide attacks that killed 258 people (Photo: AHMAD AL-RUBAYE/AFP/Getty Images).

India has been concerned about Islamist extremists on its soil for some time, and the Sri Lanka bombings in April left authorities alarmed that the country might be at risk of an attack by jihadists.

The raids on Wednesday in Coimbatore, Tamil Nadu state, came after the arrest in April of an Indian national who allegedly followed Zahran Hashim, the ringleader of the Sri Lanka Easter suicide attacks that killed 258 people.

India’s National Investigation Agency (NIA) said in a statement that the “prime accused” in the Coimbatore case, Mohammed Azarudeen, 32, “has been a Facebook friend” of Hashim.

“During initial questioning, Azarudeen told us that he had plans to carry out a big attack in Tamil Nadu and Kerala (another southern state) but first wanted to hire more youths who will be ready to take up jihad,” the Economic Times daily quoted an unnamed official as saying.

The NIA named five others aside from Azarudeen who, it alleged, were also spreading Islamic State propaganda on social media with the aim of attracting new recruits willing to carry out terrorist attacks in South India – “especially in Kerala and Tamil Nadu”.

The NIA said Azarudeen maintained a Facebook page through which he propagated IS ideology, while other members of his group “have also been sharing radical contents attributed to Hashim.”

One of them has “been a close associate” of Riyas A, alias Riyas Aboobacker, 29, the alleged Hashim follower arrested by the NIA in April.

According to the NIA, Aboobacker admitted he wanted to carry out an attack in Kerala.

The accused were being questioned in connection with that material, but in its announcement, the NIA did not state any specific charges against them.