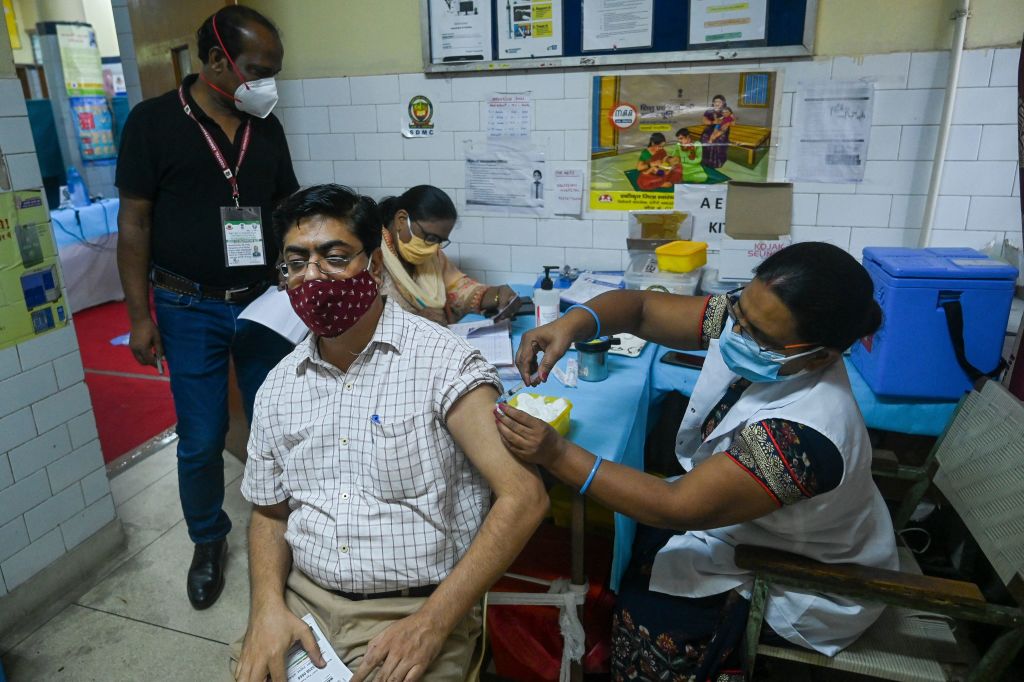 A health worker inoculates a man with a dose of the Covaxin vaccine against the Covid-19 coronavirus at a health centre in New Delhi on July 15, 2021. (Photo by PRAKASH SINGH/AFP via Getty Images)

INDIA reported its highest death toll in a month on Wednesday (21) – at nearly 4,000 – after its richest state reconciled its death count with 3,509 previously unreported fatalities, the health ministry said.

Maharashtra, home to the financial capital of Mumbai, has reported 130,753 of the country’s 418,480 coronavirus deaths, and added 3,509 earlier deaths to its tally, the federal health ministry said on Wednesday.

The ministry did not give a reason but authorities have in the past attributed other instances of deaths going unreported to administrative errors, before the mistakes are discovered and the numbers appear in official data.

Last month, the poor northern state of Bihar raised its death toll by more than 5,000 in a day when it included some unrecorded data.

The sudden appearance of previously unrecorded deaths has lent weight to suspicion that India’s overall death tally is significantly more than the official figure.

India’s tally of infections stands at 31.22 million, with a death toll of 418,480, according to official data.

But the Washington-based Center for Global Development said in a report on Tuesday (20) that India’s real death toll from Covid-19 could be as high as 4.9 million.